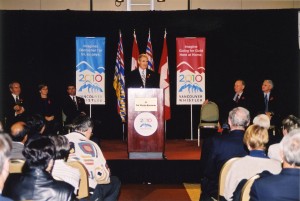 After the Games, VANOC representatives continued working closely with us to ensure that once a donation agreement was signed, their records could be easily and securely transferred to the City Archives. The first group of records for transfer, the records of the Bid Corporation (BidCorp), were at an immediate risk of being permanently damaged by some unwelcome invaders, so VANOC staff called us in to help.

Many of the BidCorp records weren’t used very much once VANOC was formed to stage the Games, so they were stored in a wood shop in East Vancouver. The RONA Vancouver 2010 Fabrication Shop (Fab Shop) was a tidy shop where the podiums and other Games’ props were made and where at-risk groups were taught invaluable skills.

Despite their best efforts, VANOC found out the hard way that no amount of tidyness could stop persistent insects. Invading silverfish couldn’t resist the shop’s smorgasbord—their favorite treats, paper, wood glue and cardboard.

Conservator Sue Bigelow and I met two VANOC records managers at the Fab Shop one warm April day in 2010. We were armed with trash bags and tape to seal the boxes (and seal the bugs inside!). As you’ll see in the following photographs, we wore Tyvek suits to protect our clothing from the wood shop dust and unwelcome stowaways. 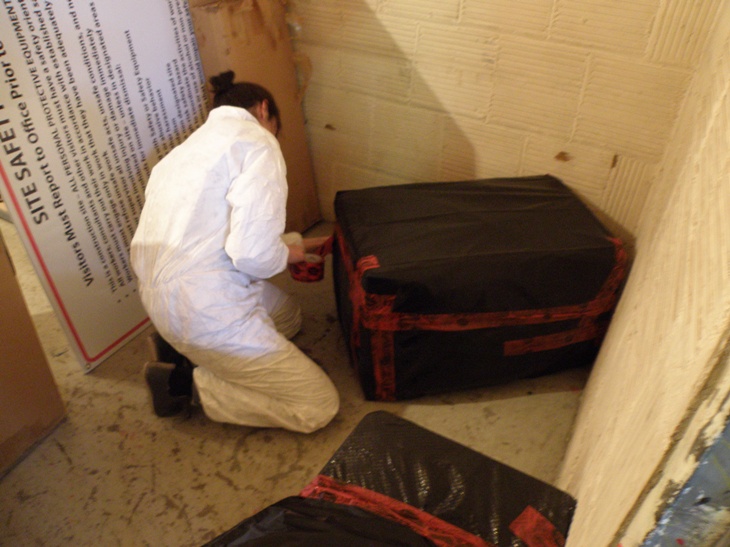 Courtney Mumma in a Tyvek suit sealing a box to prepare it for freezing. 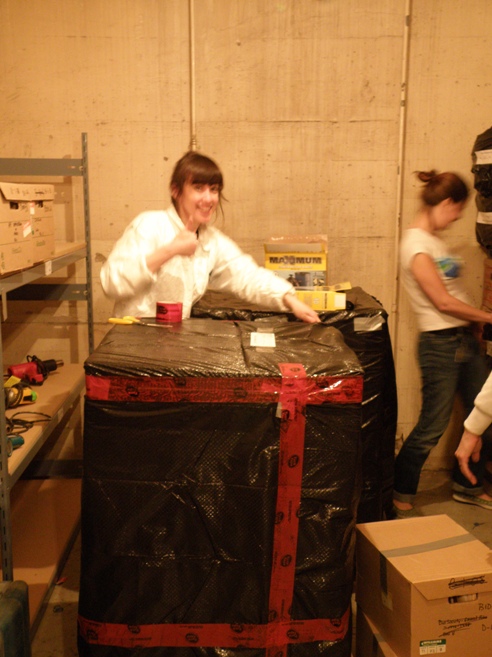 Some of the larger boxes were especially tricky to seal and to transport. That’s me giving the thumbs up and less-squeamish-than-me VANOC records manager Marnie Bailey (née King) helping us wrap and label. 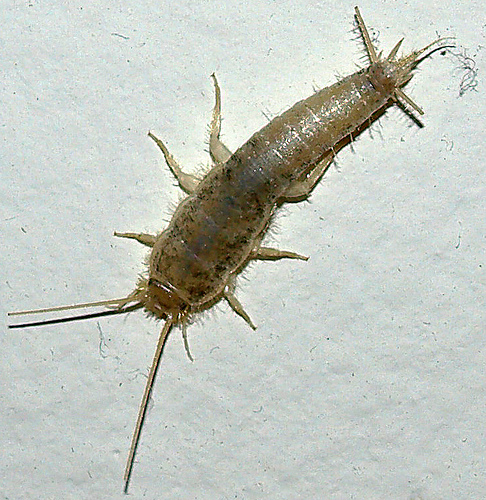 Really, though, who wants this hiding in their shirt? Photo by Marcus Smith (http://www.flickr.com/photos/marctonysmith/) 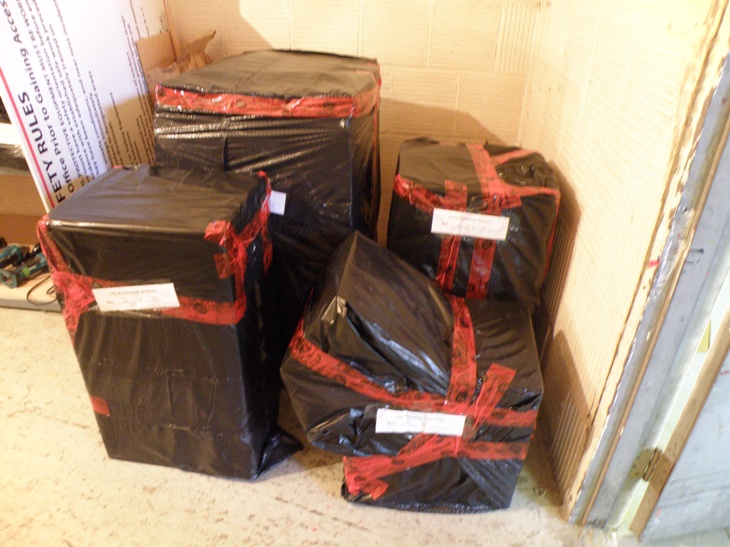 We ended up with nearly 80 boxes, and about ten of them were oversized or oddly shaped.

Saving the Records by Freezing the Bugs

Once the sealed boxes made it to the Archives, we took the next step to protect their contents. All of the boxes were placed in our large walk-in freezer for two weeks so that the bugs (and any other critters that might have made their home in the Fab Shop storage) would die. This way, when it came time to process the BidCorp records the bugs would be dead and would not be a threat to other holdings in our vaults. 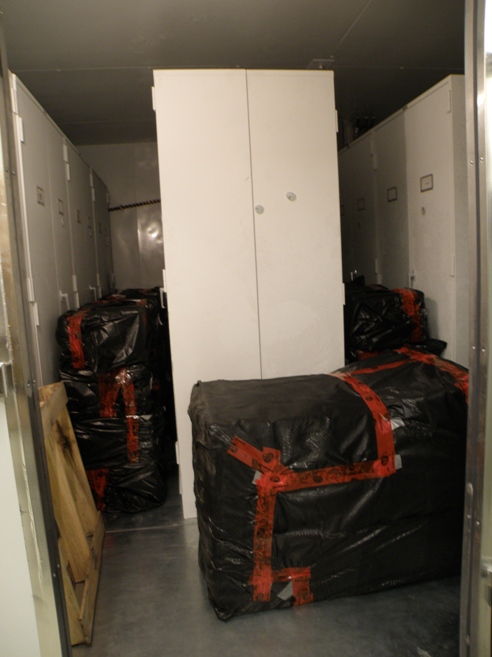 Boxes filled up our freezer and we had to decline access to frozen master copies of photographs and negatives for two weeks during the procedure. 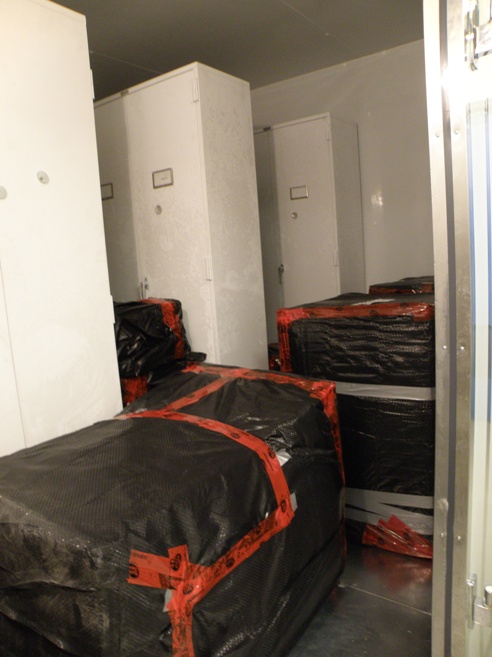 Under my supervision, our 2011 UBC-SLAIS summer intern, Tom Jackman, appraised, arranged, described and rehoused the Bidcorp records and, thanks to his hard work, they now look like this, ready (with some restrictions to protect privacy and confidentiality), for researchers to use: 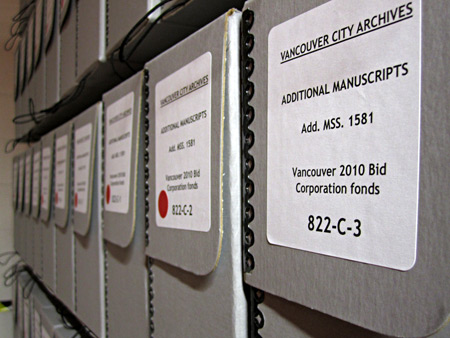 Processed records on the shelf

The process worked perfectly, and the only bugs left in amongst the paper by the time we unsealed the records for processing were long since deceased. That didn’t stop this archivist from screeching at the sight of them, though.