Archivists, when they hear researchers say that they have “discovered” records in the archives–sometimes described as the “dusty archives” to our chagrin–are likely to respond by saying: “How do you think they got there in the first place!”

The truth is archivists and researchers often work collaboratively in understanding the research value of records. As archivists we seek out and appraise records based on our mandate and on appraisal criteria which include the content of the records and where and how they were created and used, the order and completeness of the records, their condition, as well as aspects relating to their authenticity, reliability and intrinsic value. 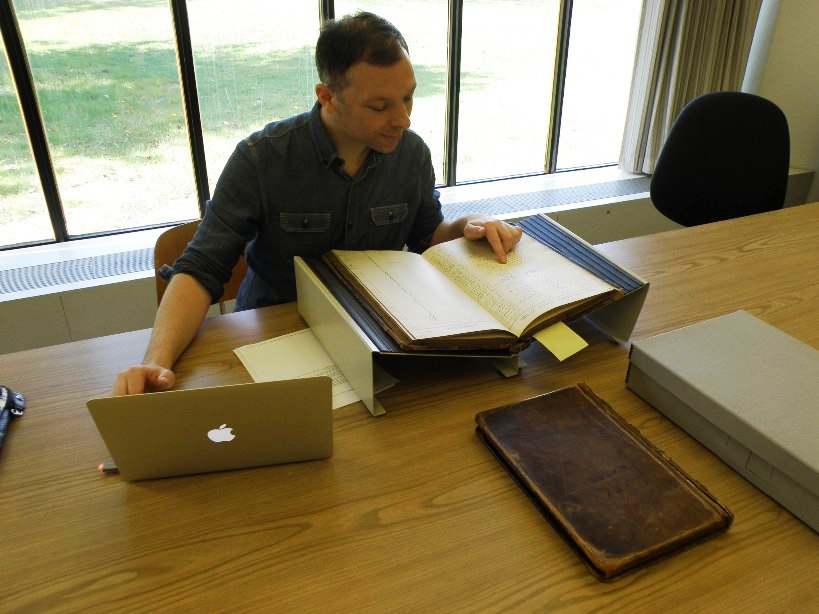 Researchers, however, bring their unique questions to the archives and the records they consult and, in working with researchers, archivists can learn a lot about the records we have acquired, organized and preserved and even how records relate to and add value to one another. I recall, for instance, a glaciologist who worked with tourist photos of the Rockies to learn more about the movement of glaciers over time.

Patrick Gunn is a dedicated Archives’ researcher. He’s on the board of the Heritage Vancouver Society and the lead on the Society’s online database of the City’s Building Permits. This database has become an essential tool for researching heritage buildings. Heritage enthusiasts also refer to the City’s Water Works Department records as a source of information towards determining the building’s original owner, date of construction and use. 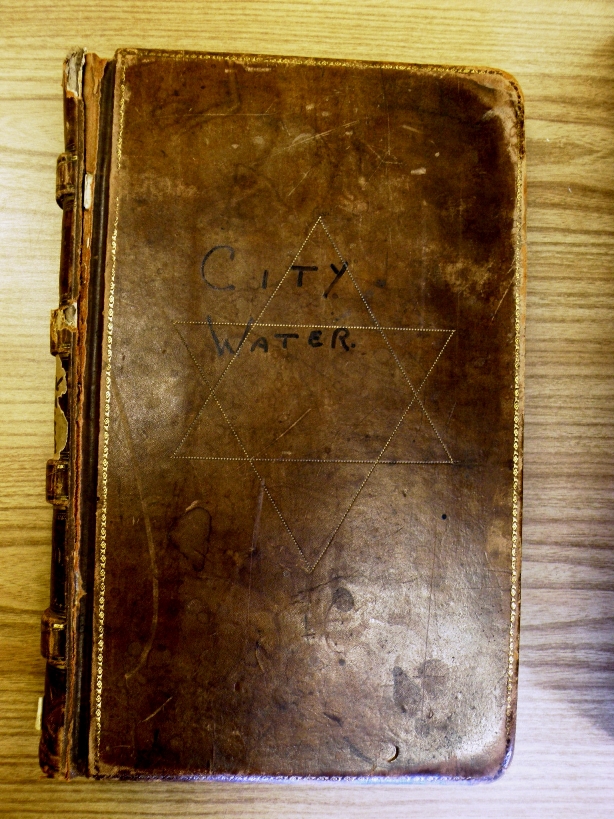 Recently, Patrick demonstrated how useful the Water application record books are by searching for information on the apartment building at 1185 Haro Street, on the corner of Haro and Bute Streets in Vancouver’s West End. There is no Water service record card and no Water service application for this address. In addition, although Patrick was able to locate a reference to the building permit in the Vancouver Daily World newspaper, which narrowed down the construction date to around 1906, the City building permits for 1906 no longer exist. 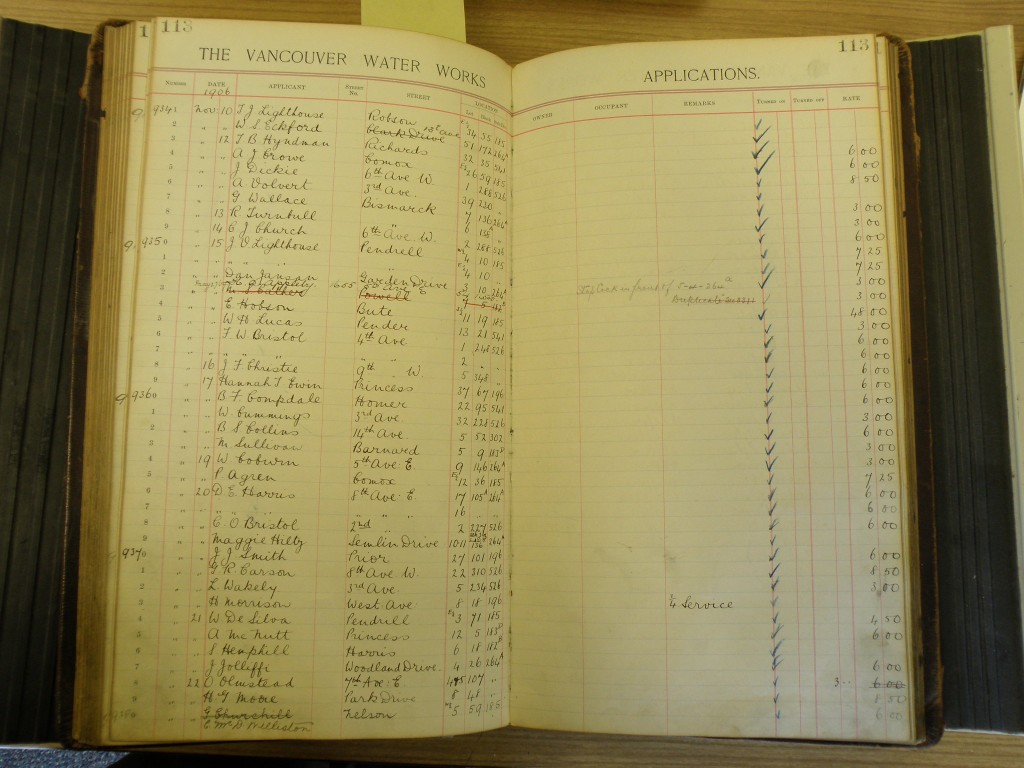 Patrick knew that the building was first listed in the 1907 City Directory but only the apartment residents and not the owner were listed. When he consulted Vol. 1 of the Water application record books for 1906–directories are known to collect their data one year in advance–he found the entry for Application No. 9354 on November 15, 1906 to E. Hobson on Bute Street. Edward Hobson was a local contractor and builder.

Researchers typically use a number of sources to locate information on heritage buildings. These include City records in the Archives such as Property Tax records, Water Service records and Building Permit Registers, other archival records such as maps and fire insurance plans, architectural plans and photographs and online resource such as city directories, VanMap and Google maps. A reference guide to researching historic buildings and houses is available online. 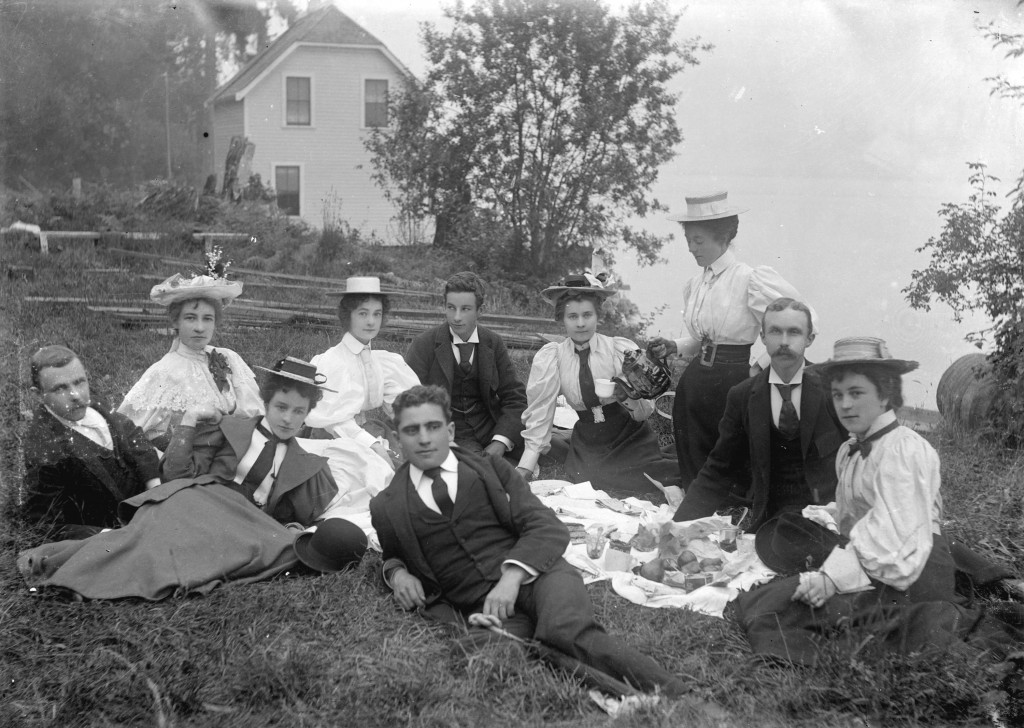 Group of men and women assembled for a picnic on the lawn in front of the Vancouver Waterworks Company house in Stanley Park, c.1890. Reference Code AM54-S4-: SGN 175B

The Vancouver Waterworks Company was incorporated on April 6, 1886, the same day the City was incorporated, by G.A. Keefer and a group of Victoria businessmen to supply Vancouver with water from the Capilano River by means of a pipe laid under the First Narrows. The engineering works were finished and the water first flowed in 1889. In 1891 the rate payers of Vancouver voted to acquire the Company, and the City took it over.

Volume 1 of the Water application record books, where Patrick found his information, was started by the Vancouver Waterworks Company and finished by the City of Vancouver, although there is no note of the transfer of ownership in the ledger. 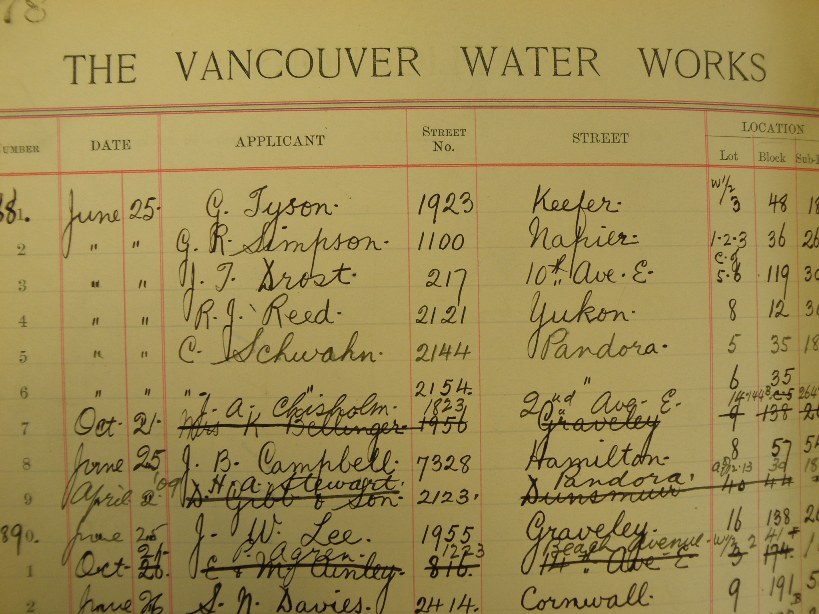 To quote Patrick: “The clerks who originally kept the ledgers were very precise in their entries, the handwriting is clear and legible, and the entries are all complete.” He thinks that the ledgers are another potential project for transcribing and is planning to add the data to the Vancouver Heritage Society’s ever-expanding Building Permit database.