And…Action! On set in the Archives Reading Room.

Here at the Archives, we’re used to working with pre-existing documents and media, though we recently decided to try our hand at creating something new. The idea arose to make a video introducing and promoting our public reading room, which is open for anyone to come and conduct research.

The first step was to find inspiration. Prior to our new video, proper Reading Room protocol had been communicated through a series of humorous “Dos” and “Don’ts” photos. We loved the way it was fun and tongue-in-cheek while getting the important facts across. 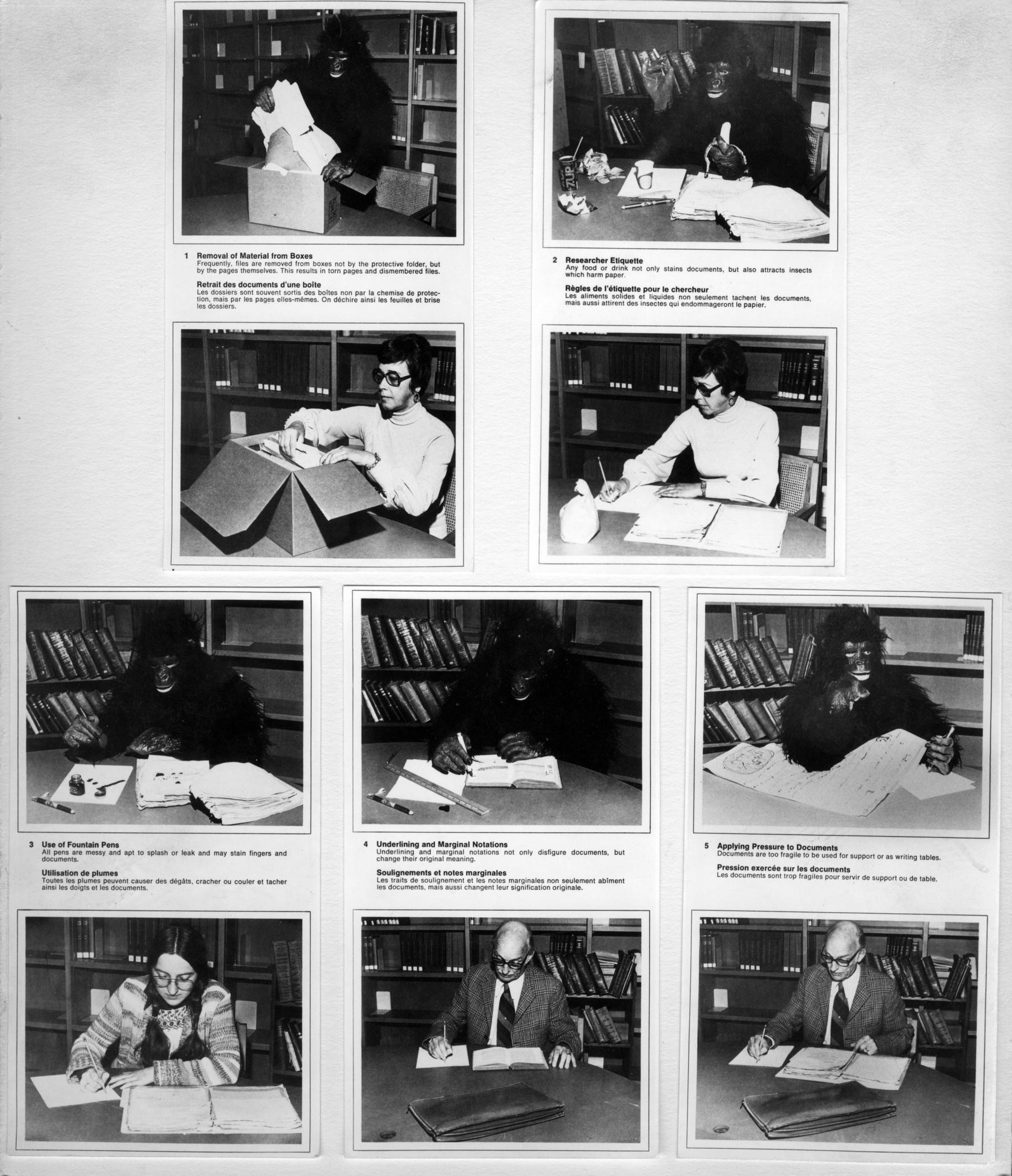 This series of posters created by the then-Public Archives of Canada (now Library and Archives Canada) shows good and bad Reading Room behavior. Don’t behave like the gorilla!

One other work we enjoyed while preparing this video was created by our friend and colleague at the United Church of Canada BC Conference Archives, the late Bob Stewart, entitled “The Archives – More than a Holding Operation”. The title makes its way into a line in our video, our own little tribute. Unlike Bob, our Archives does not have access to a choir – and none of us can boast rapping skills (well, one of our interns, but we could not convince her to go on camera).

Next our volunteers, interns and staff collaborated to draft a script and shooting outline. The majority of the work was done by interns and volunteers. However, staff from all around the Archives helped out by suggesting interesting items to include in the video’s final montage. Here were a few interesting suggestions that didn’t make the final cut for the film: 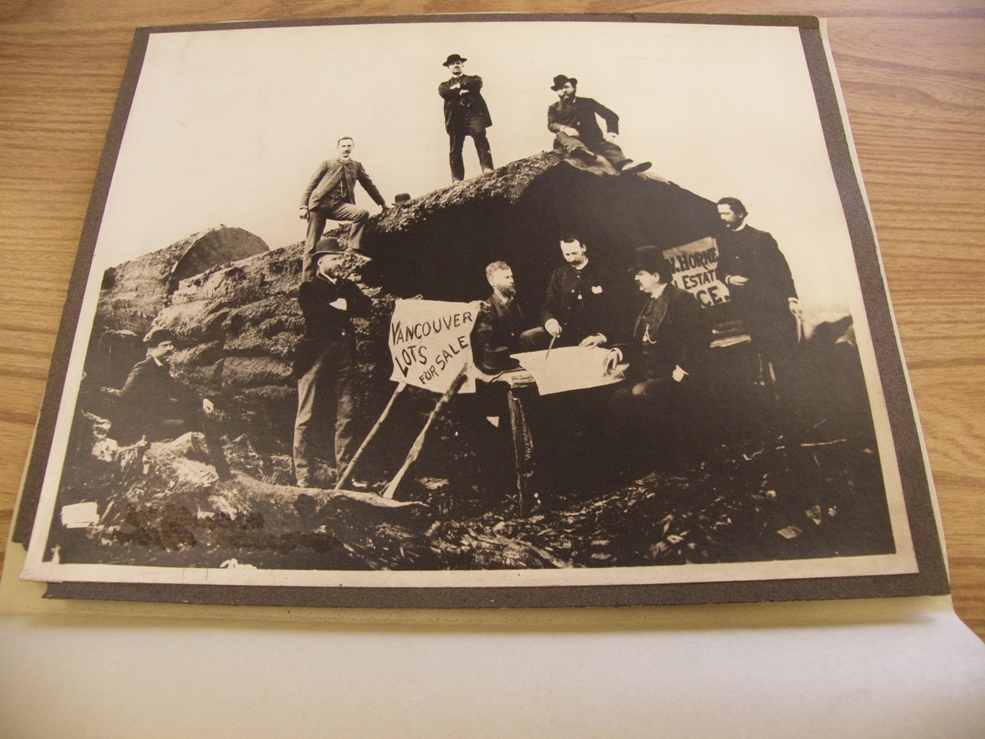 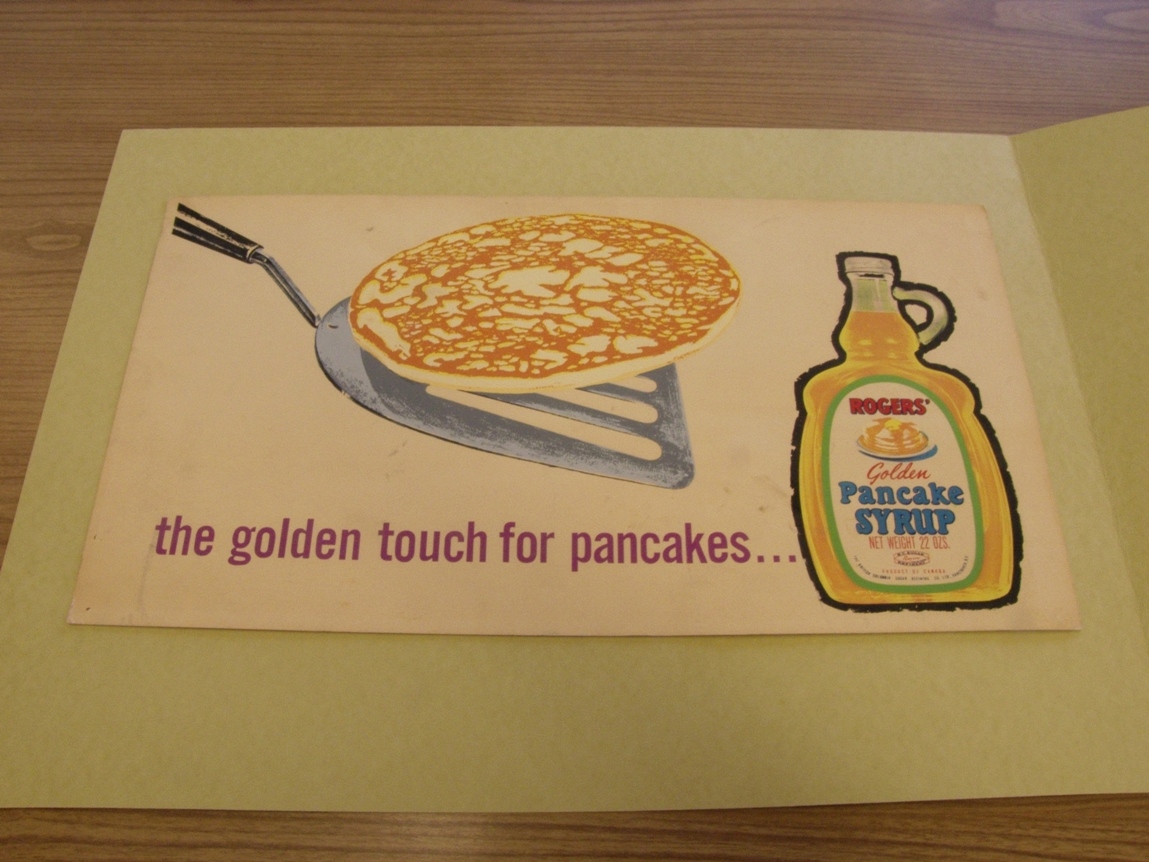 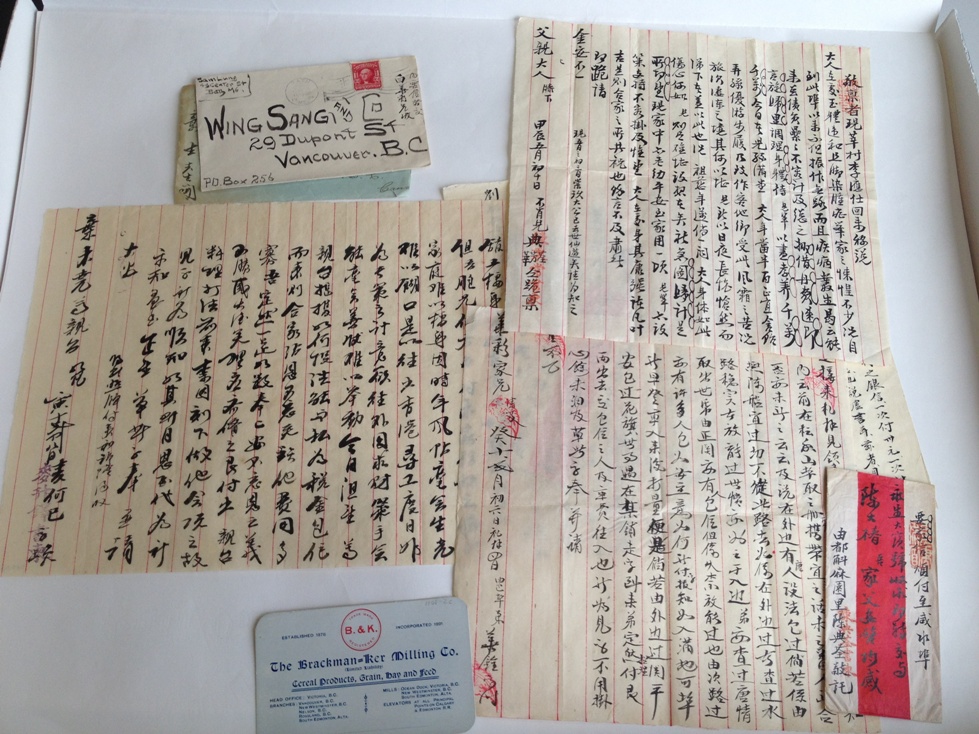 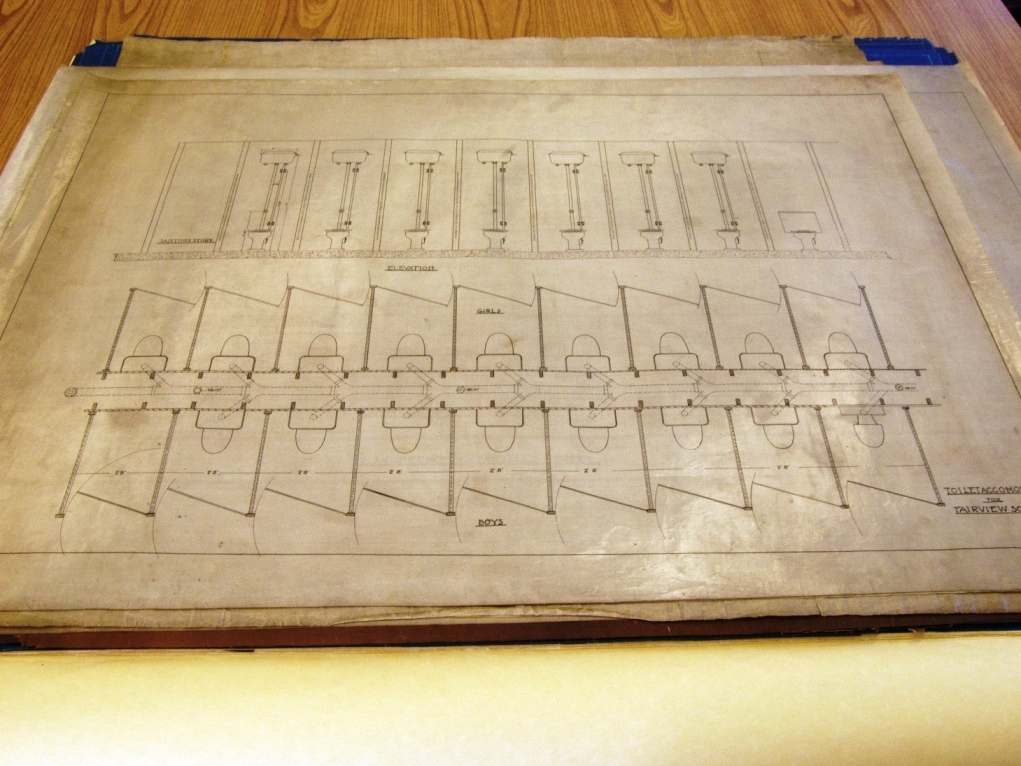 Next we picked up our rented video and sound equipment from VIVO and were ready to go, using our summer interns from UBC-SLAIS, Rachel Sim and Kevin Owen, to evocatively portray Researchers #1 and #2 and Staff Member Jeffery Chong as the Archival Assistant.  Here are a few images from the filming. 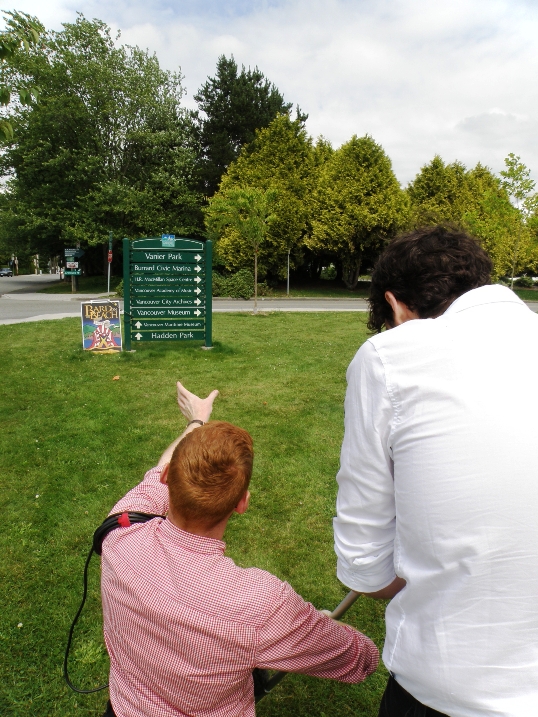 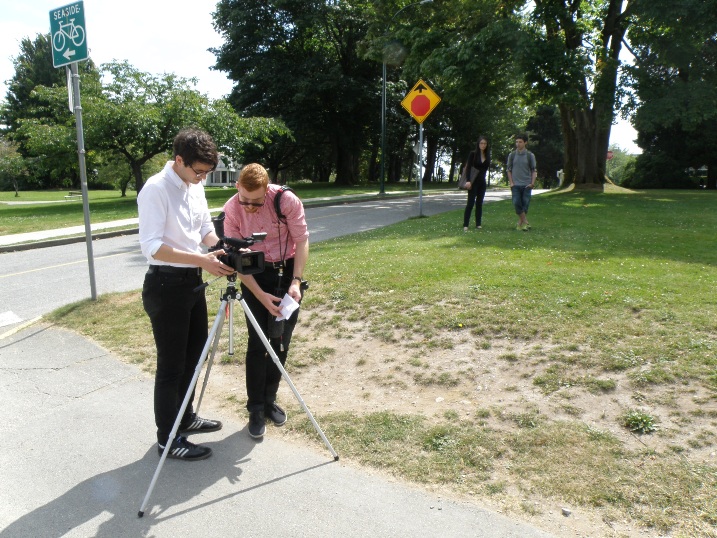 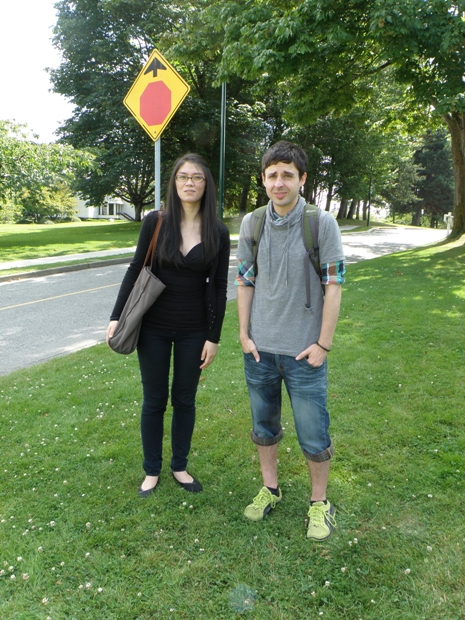 Rachel Sim and Kevin Owen return to the Archives the week after finishing their internships to act as researchers. Photo by Jeffery Chong.

Having recorded the footage and narration, it was time to edit. 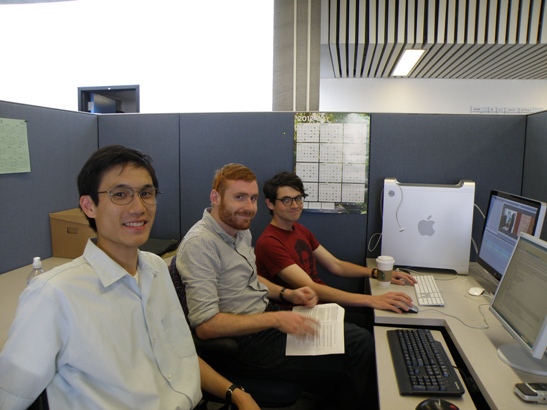 We’re all big fans around here of the Internet Archive at archive.org (see our pages here and here), so it was our first thought when it came time to find music. The song we settled on is called Pegasus by Florida artist Line Noise, which we thought complemented the rest of the video well.

2 responses to “And…Action! On set in the Archives Reading Room.”