Since I began my archival studies degree, I have been keen to get some hands-on experience. This summer, the City of Vancouver Archives took me in for a three-month internship.

On my first day, archivist Chak Yung introduced me to fourteen boxes of records from City Stage Theatre, which I would process over the next month. I was fortunate to be assigned a fonds with a diversity of materials. The City Stage fonds includes textual records (such as correspondence and play scripts), newspaper clippings, promotional materials (such as colorful handbills, posters, and programs for plays), stage plans, Playhouse magazines, reel-to-reel audio tapes, and approximately 500 (mostly professional black and white) photographs. 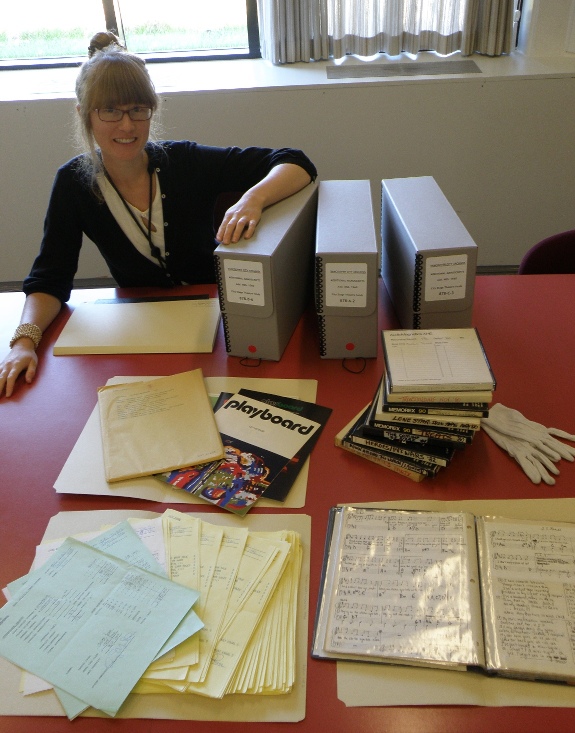 It was a pleasure to be assigned to the City Stage Theatre fonds, as it documents a fascinating part of Vancouver’s theatre history. City Stage Theatre was a professional theatre company based in Vancouver that operated from 1972-1986 and was founded and managed by Ray Michal, a passionate advocate for theatre in this city. In its early days, the theatre was located in a converted donut shop at 591 Howe Street where they offered short shows over the noon hour for the downtown business crowd and local residents. As Michal explained in an interview, “we wanted to break some of the preconceived notions of what going to the theatre was all about … You could just walk up to the shop, and buy an hours’ worth of theatre. Just like you could walk up to the deli and get yourself a corned beef sandwich” (AM1560-S6-F50). END_OF_DOCUMENT_TOKEN_TO_BE_REPLACED