In recent coverage of the anniversary of the sinking of the Titanic there were, unsurprisingly, few Vancouver stories. Vancouver citizens in 1912 were moved by the disaster and attended a Titanic memorial service and fundraiser 100 years ago today.

After the sinking, the British and Foreign Sailors’ Society sponsored fundraising services in many port cities around the world to support the widows and orphans of seamen who lost their lives. We have a program for the one held in Vancouver. 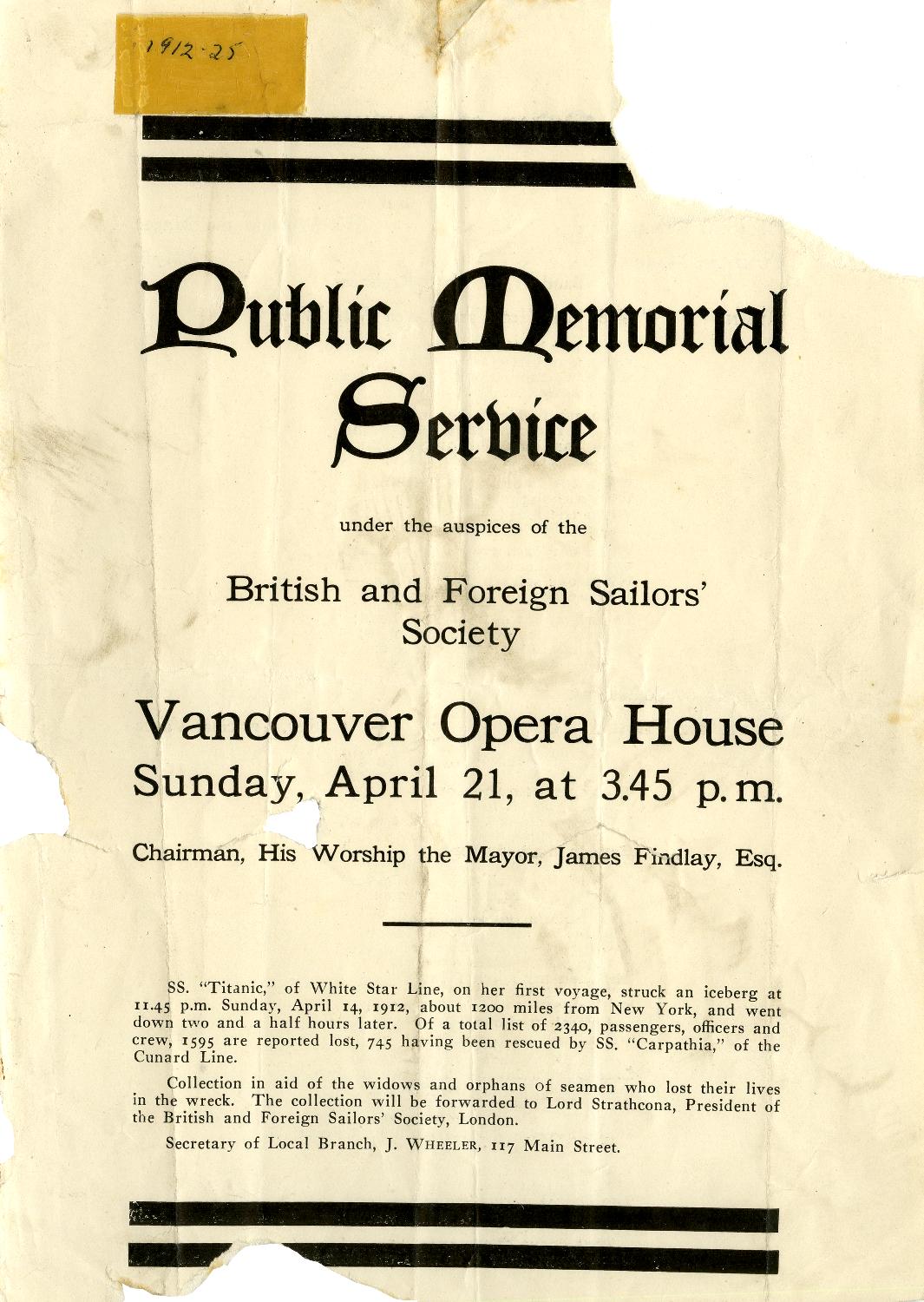 The service included prayer, reading of scripture, and music by the band of the Sixth Regiment (Duke of Connaught’s Own Rifles). 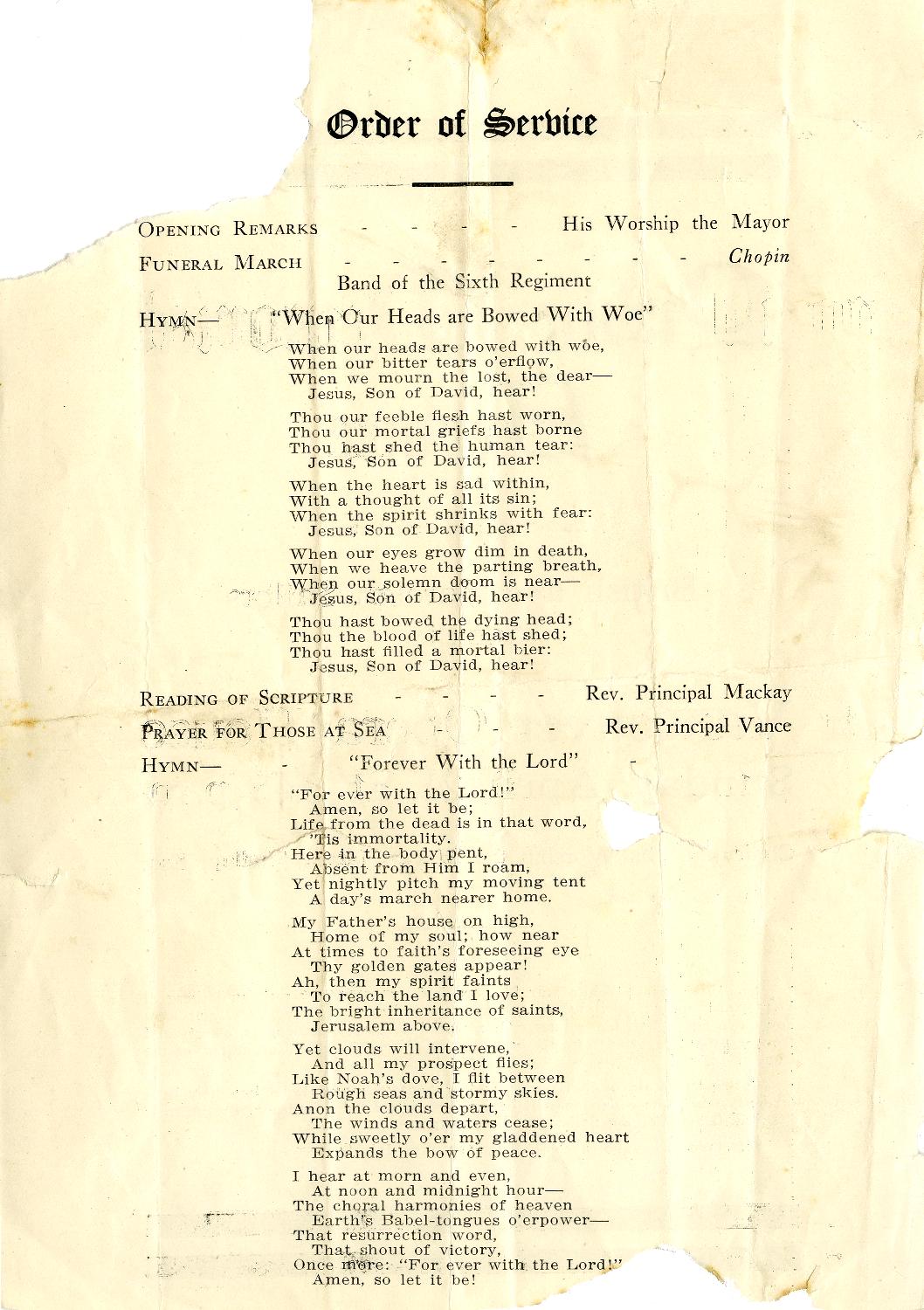 It included remarks from Mayor Findlay, as well as a resolution of sympathy from H.H. Stevens, M.P., and Alderman Ramsay. 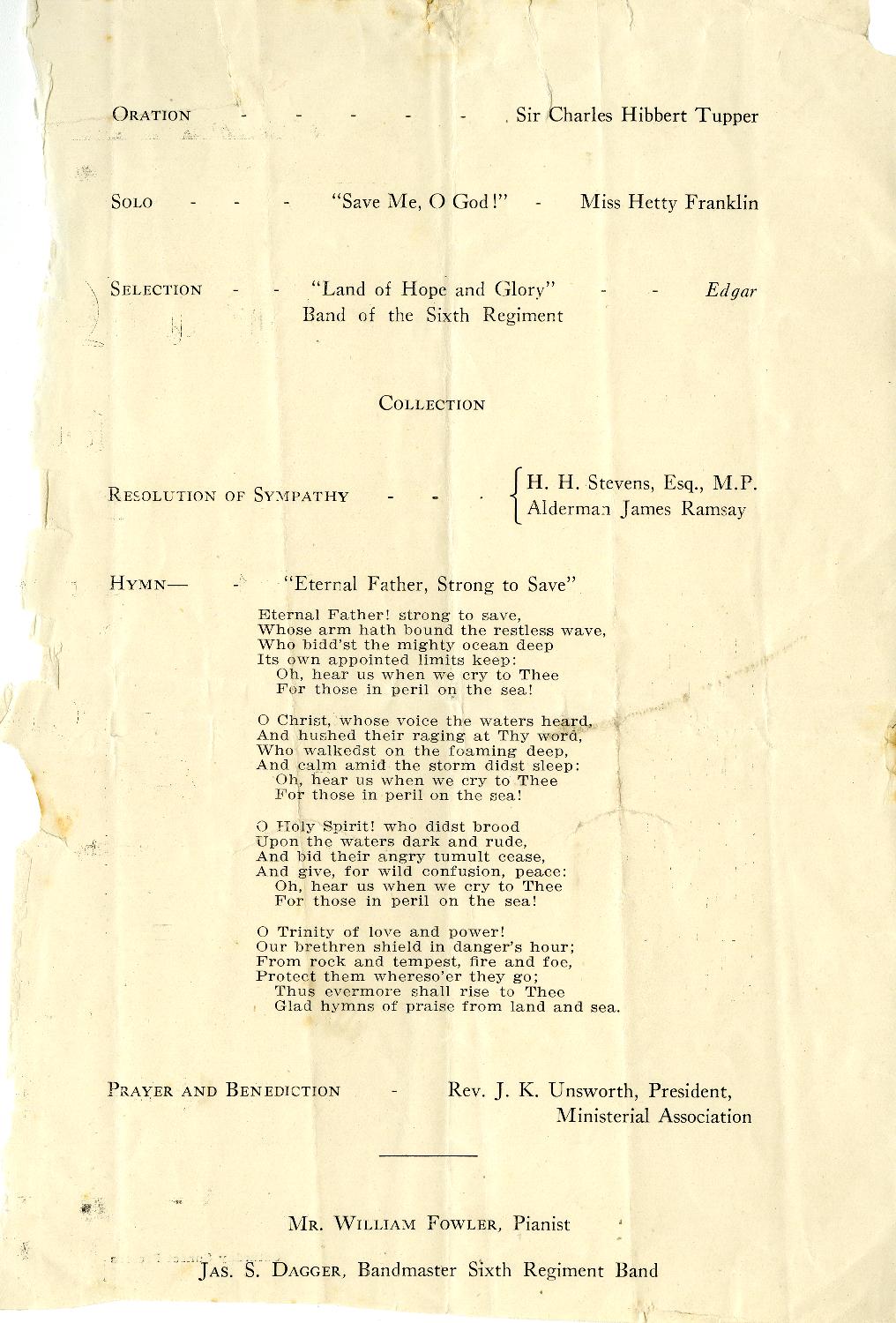 The Vancouver Opera House, in which the service was held, is shown in the following photographs. 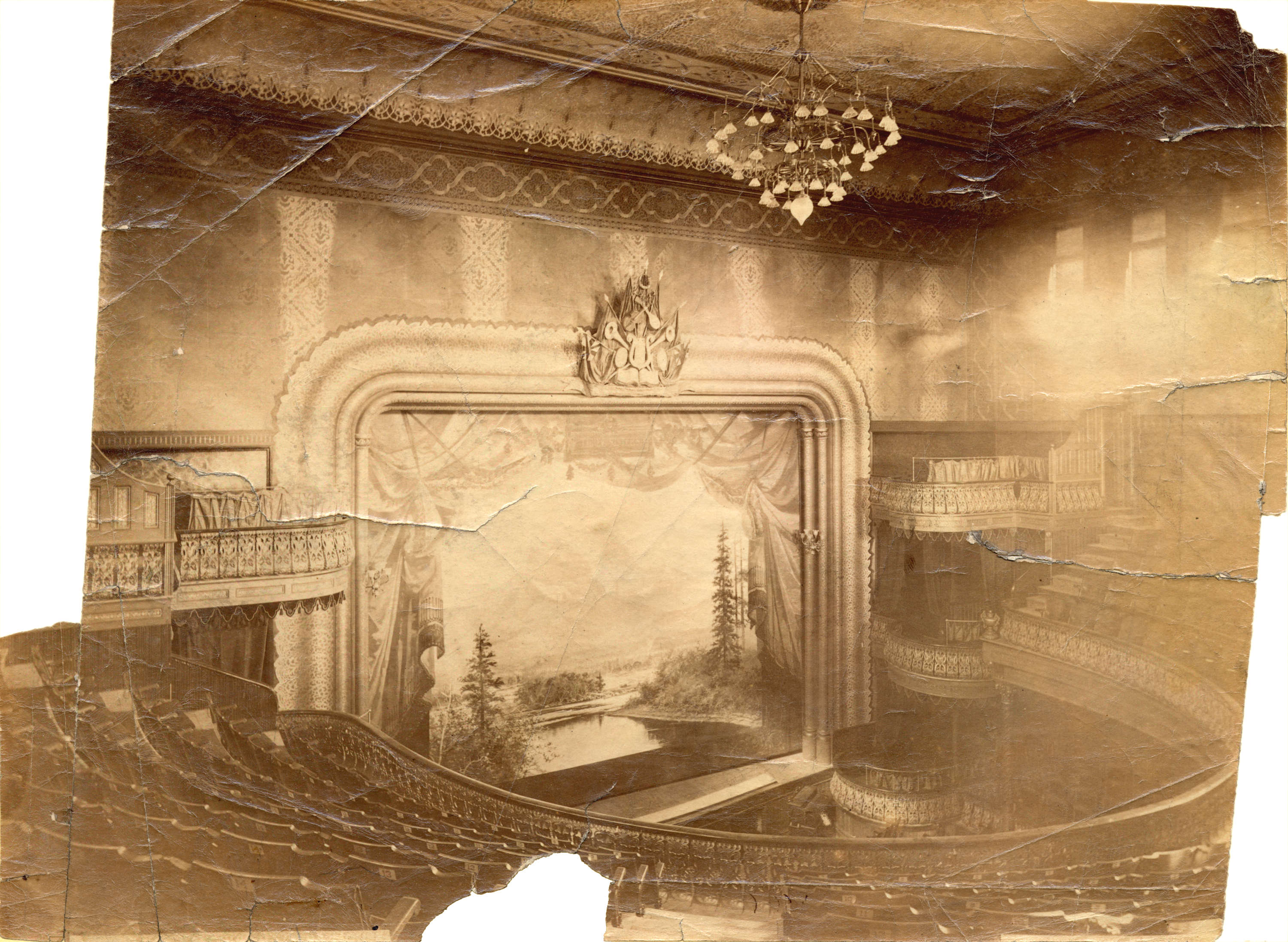 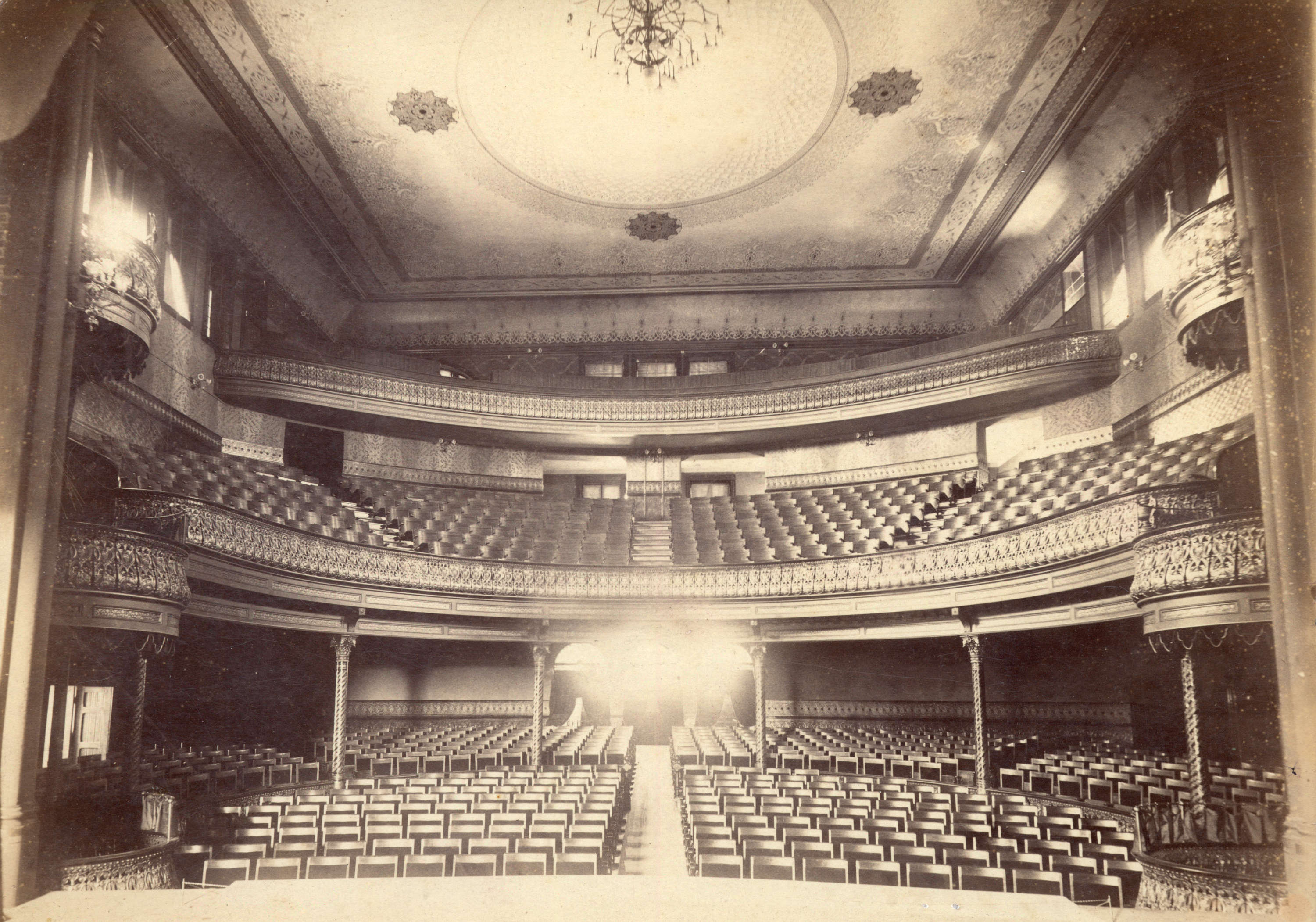 For more of the history of the Vancouver Opera House and exterior views, see this post at the Changing Vancouver blog.

Written by: Sue Bigelow
This entry was posted in Holdings and tagged pamphlets, Titanic. Bookmark the permalink.