We have recently made descriptions and high-resolution scans available for the photographs in the Art Grice fonds. We have also made a selection of the images available on flickr. These are high-quality images created by a professional photographer and they document views and details of some buildings in Vancouver. All of the images in the fonds are signed prints and we have included the signatures. 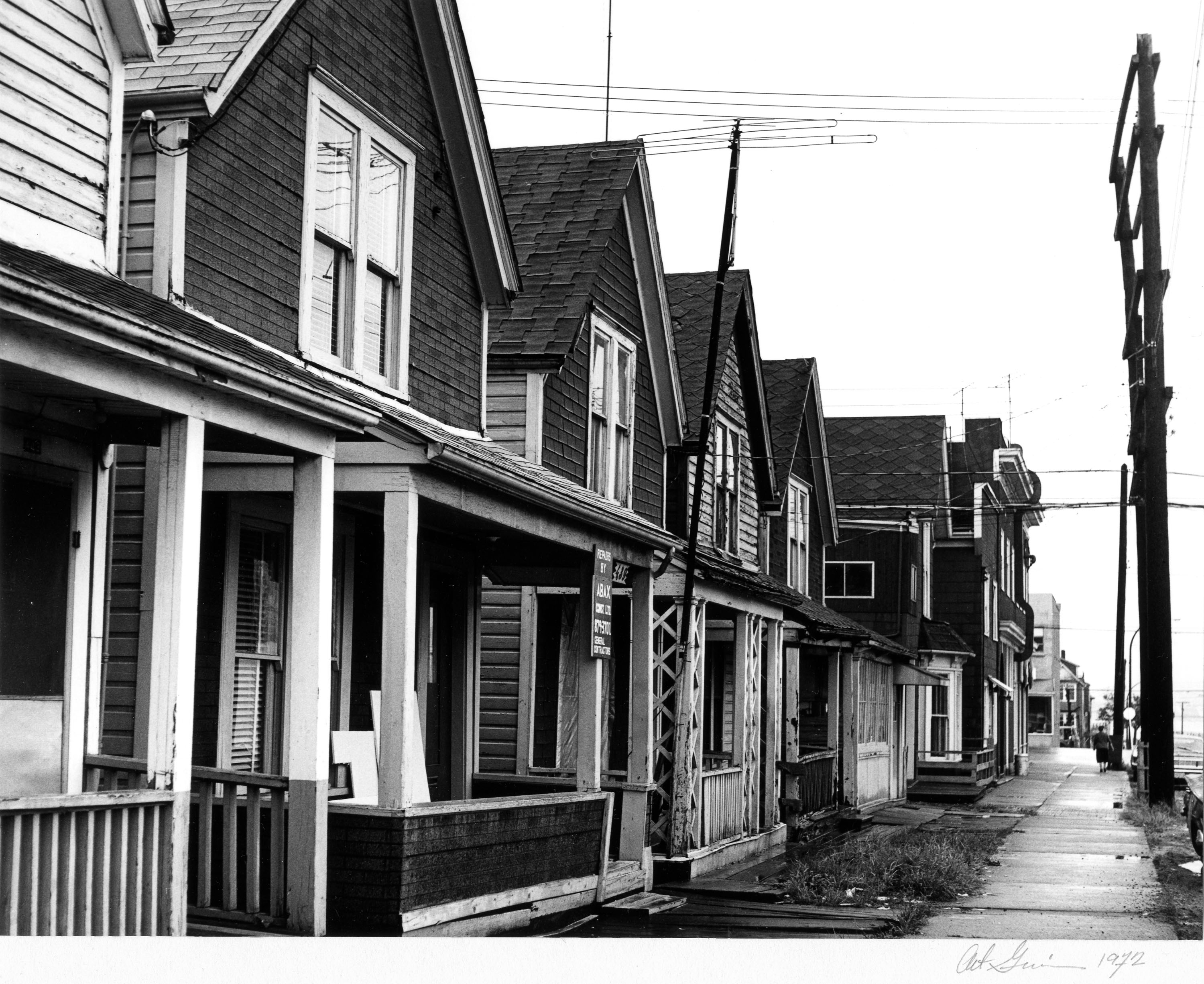 Arthur (Art) Grice was based in North Vancouver at the time he took these photographs. These images were created in 1972 and 1973, so some of the buildings no longer exist. The row of houses shown above is one example. 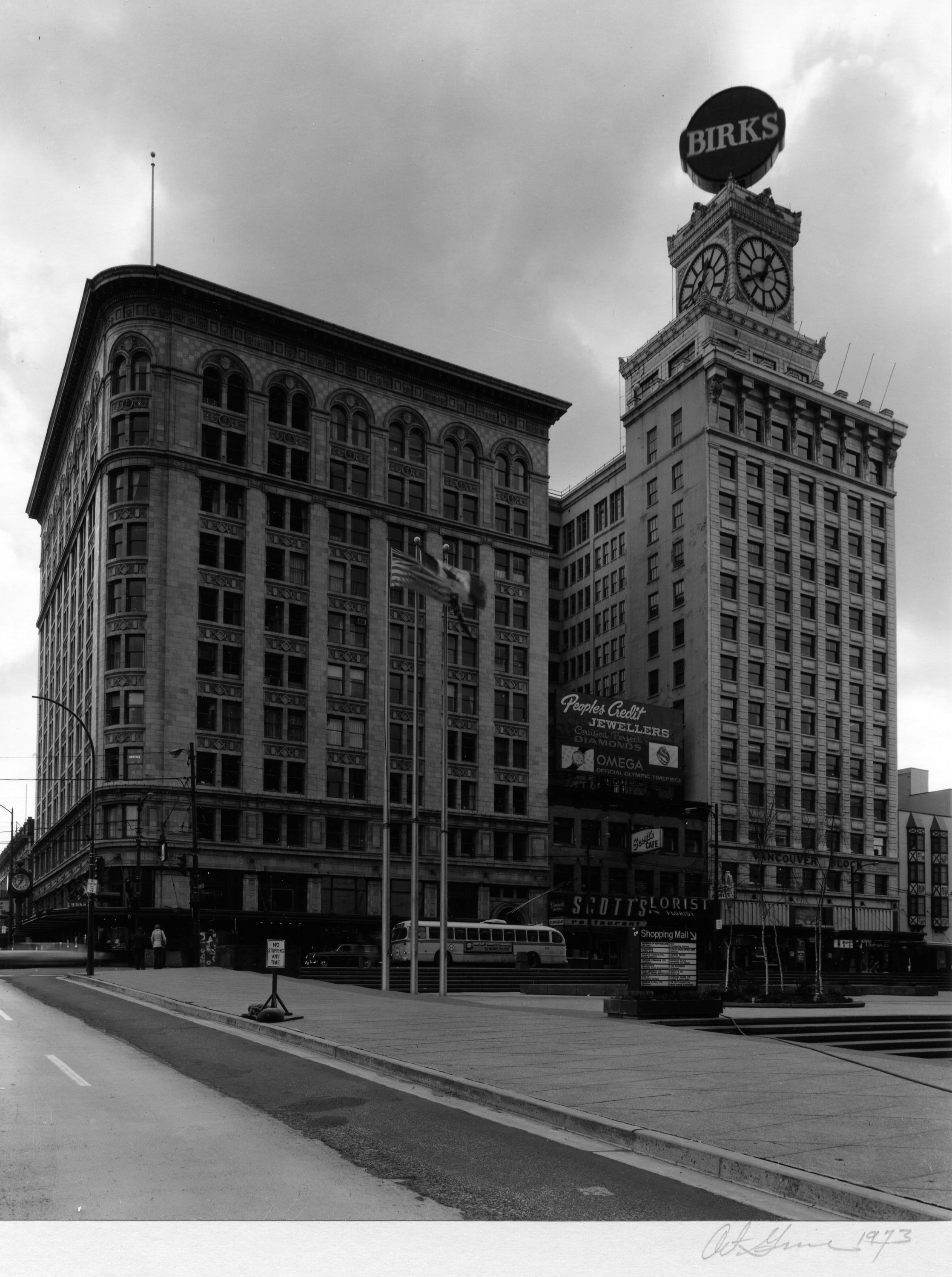 The Birks Building was demolished in 1974. The Vancouver Block still stands.

The Georgia Medical-Dental building was well known for its terra cotta nurses. Below is a view of the building showing one of them.

This building was demolished in 1989.

The fonds also contains photographs of details and interiors. Here are a couple of interior views of Century House from different years. 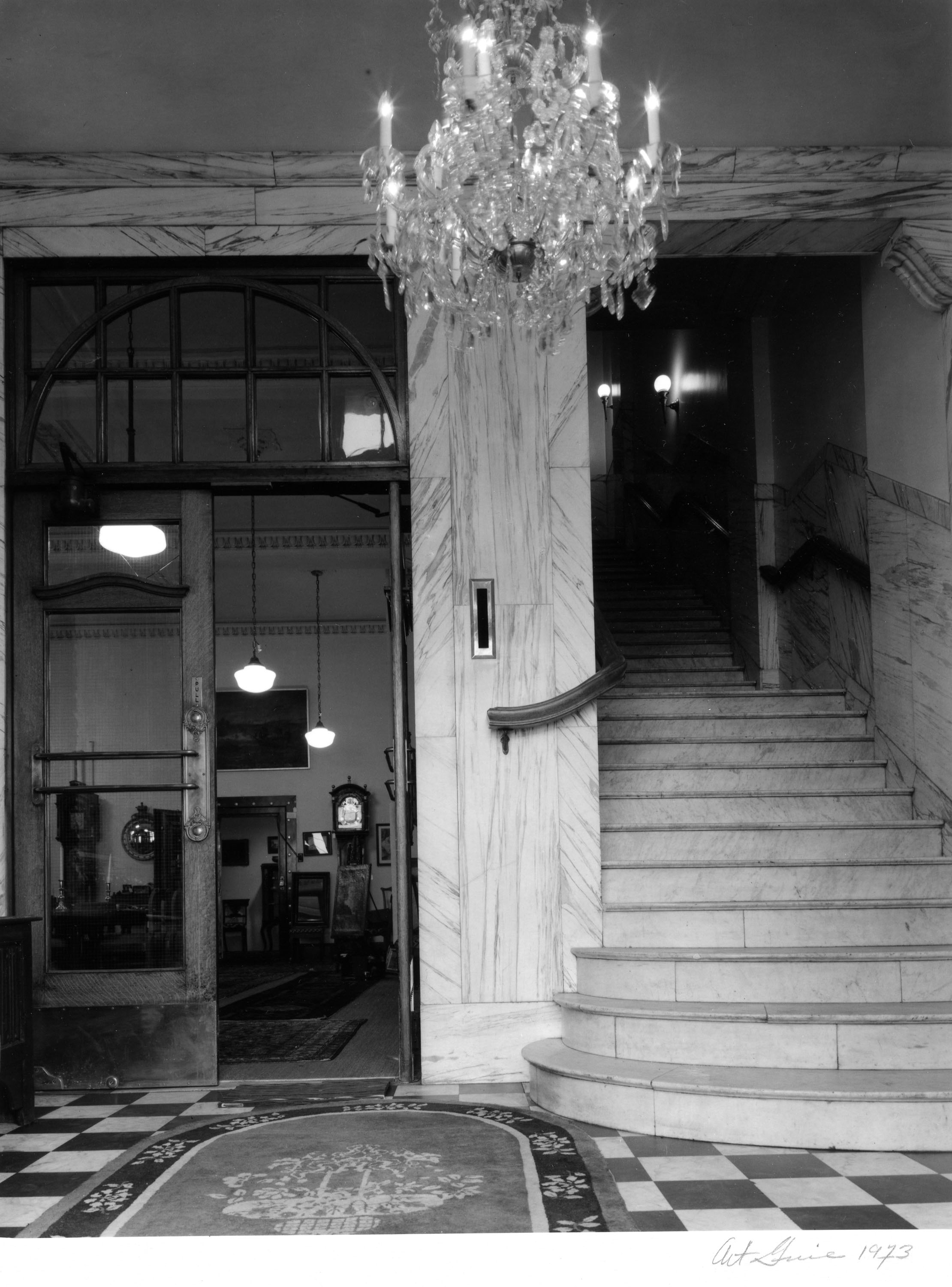 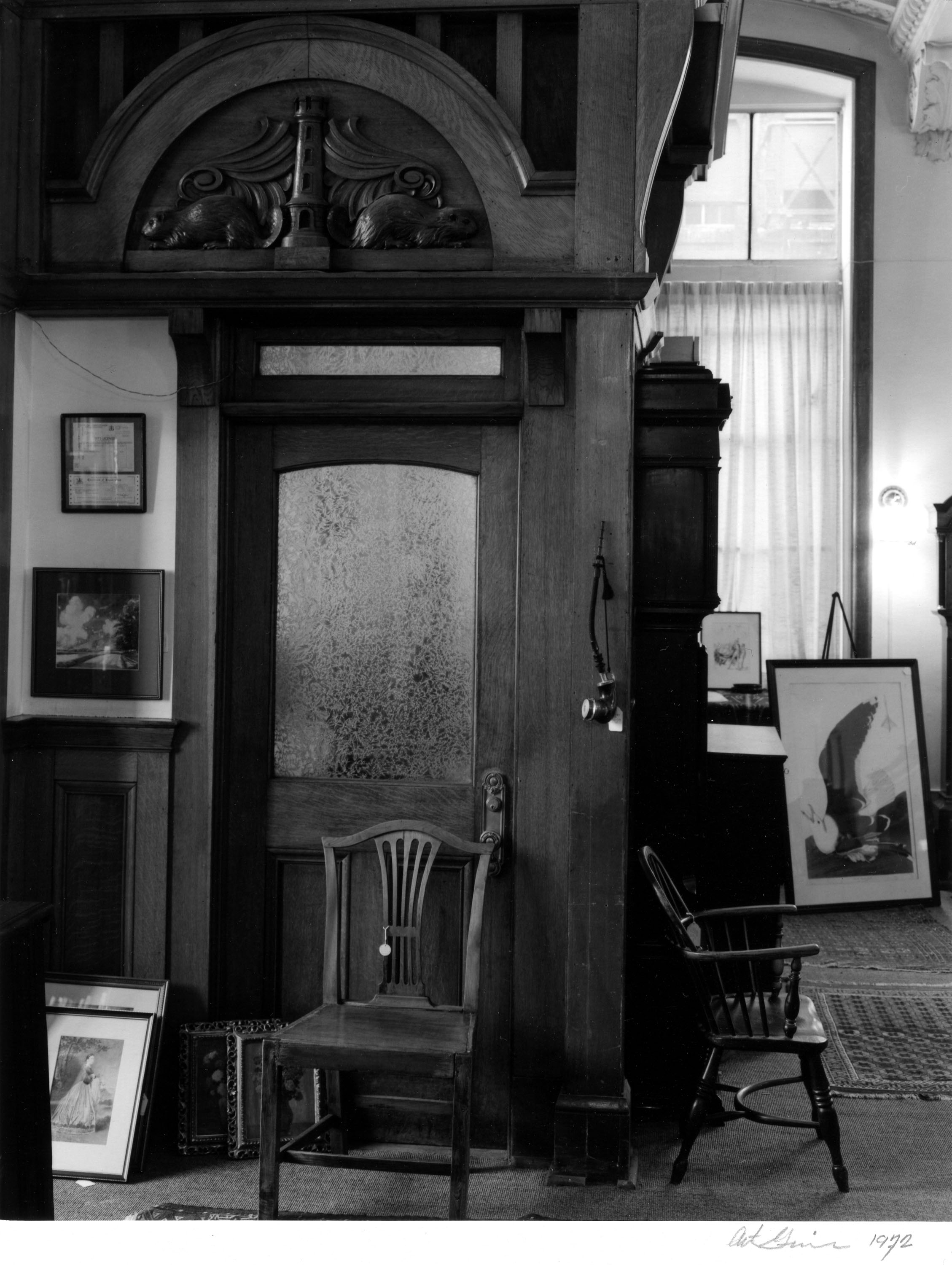 Some of the images in the fonds are of ordinary neighbourhood buildings, such as this corner grocery. 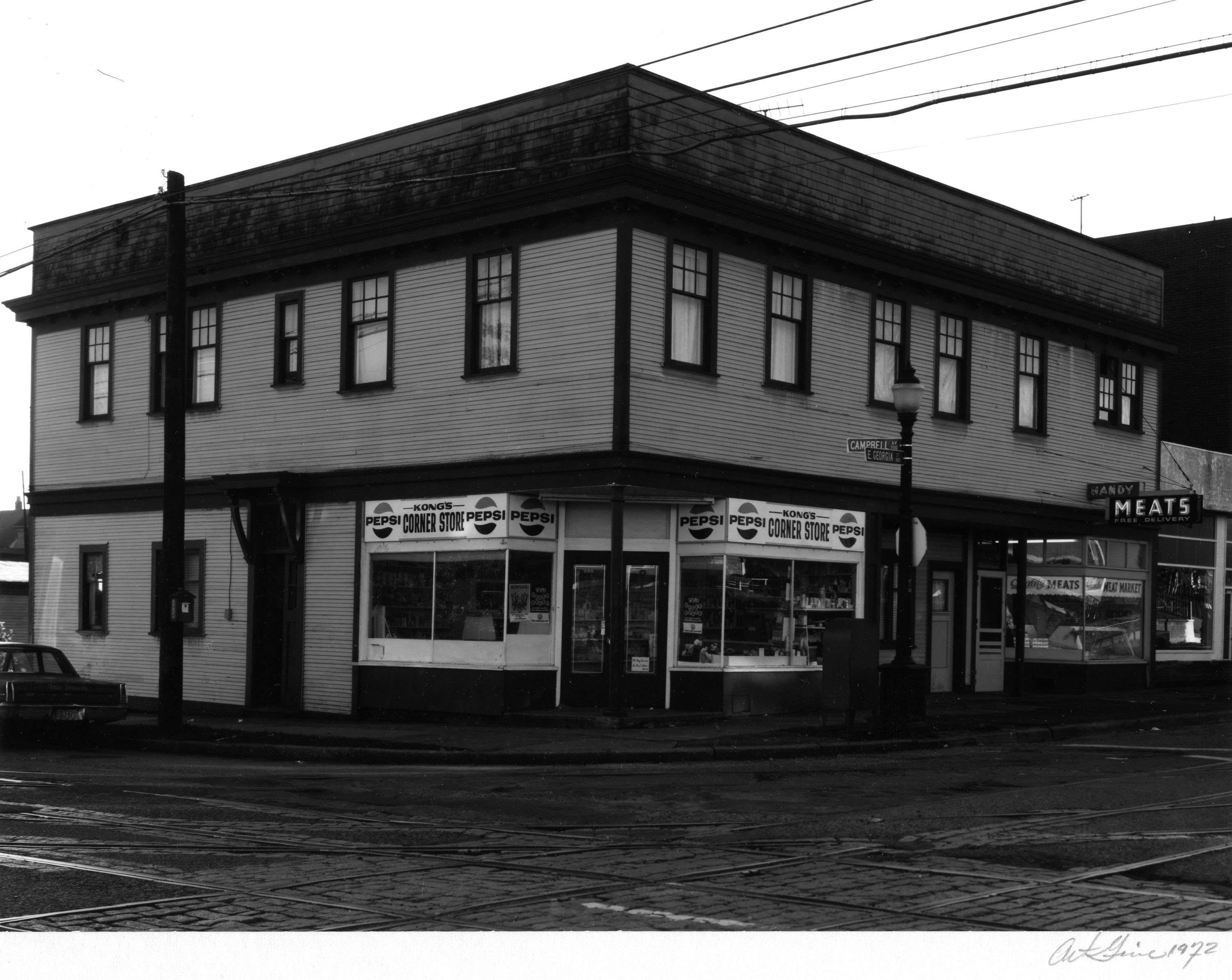 We are grateful to Art Grice for donating the copyright for these images to the City of Vancouver. Art is still an active photographer and has a personal website.

Written by: Sue Bigelow
This entry was posted in Digitization, Holdings and tagged photographs. Bookmark the permalink.