Our Researchers – Will Langford

Originally from Calgary, Will Langford has been pursuing his post-secondary education at UBC, where he completed a B.A. in history and is currently working on his M.A. thesis, the working title of which reads, “Is Sutton Brown God?” Planning, Expertise, and the Local State in Vancouver.” (Gerald Sutton Brown was Vancouver’s first Director of Planning.) 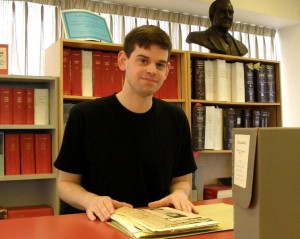 Ever interested in all things urban (as opposed to outdoorsy things like camping. . . ), Will became intrigued with the concept of urban planning during an undergraduate course on the history of Vancouver, taught by Professor Robert A. J. McDonald, where he was introduced to the notion of the relationship between the built environment and society. Curious about the underlying assumptions behind the claims of planners that only their expertise could result in better societies, and driven by his observation that things turned out quite differently, Will began to investigate. END_OF_DOCUMENT_TOKEN_TO_BE_REPLACED