One of the most consistently used resources in the City of Vancouver Archives is Major Matthews’ Early Vancouver.

Written between 1931 and 1956, and totalling seven volumes and over 3,300 pages of single-spaced, typewritten text, Early Vancouver is a treasure trove of information for historians, novelists and anyone interested in the early days of Vancouver’s development. Until now, the only way to access it was to visit the Archives in person. Thanks to generous support from the Vancouver Historical Society, we are now able to present Early Vancouver online. 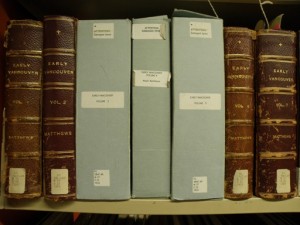 Early Vancouver contains many transcriptions of letters and newspaper articles, but is mostly comprised of reminiscences of residents and Matthews’ accounts of his interviews with them, interviews usually made when “kindly calling at the City Archives for a cup of tea and a piece of cake” or, sometimes, “while on a street car.” To give you a taste of the kinds of things you’ll find, we’ve picked out some gems.

We originally thought of simply digitizing each volume and processing the images with optical character recognition to make them keyword searchable. Unfortunately, several test scans proved that the combination of thin, fragile onion skin paper and fuzzy typeface made the OCR completely ineffective. It also didn’t help us deal with the marginalia in most of the volumes. Over the years, Major Matthews constantly edited Early Vancouver, often by scribbling additions and corrections on the pages. We decided to incorporate this marginalia into the text and turn our online version of his work into a 2011 edition.

Here’s an example of an addition: 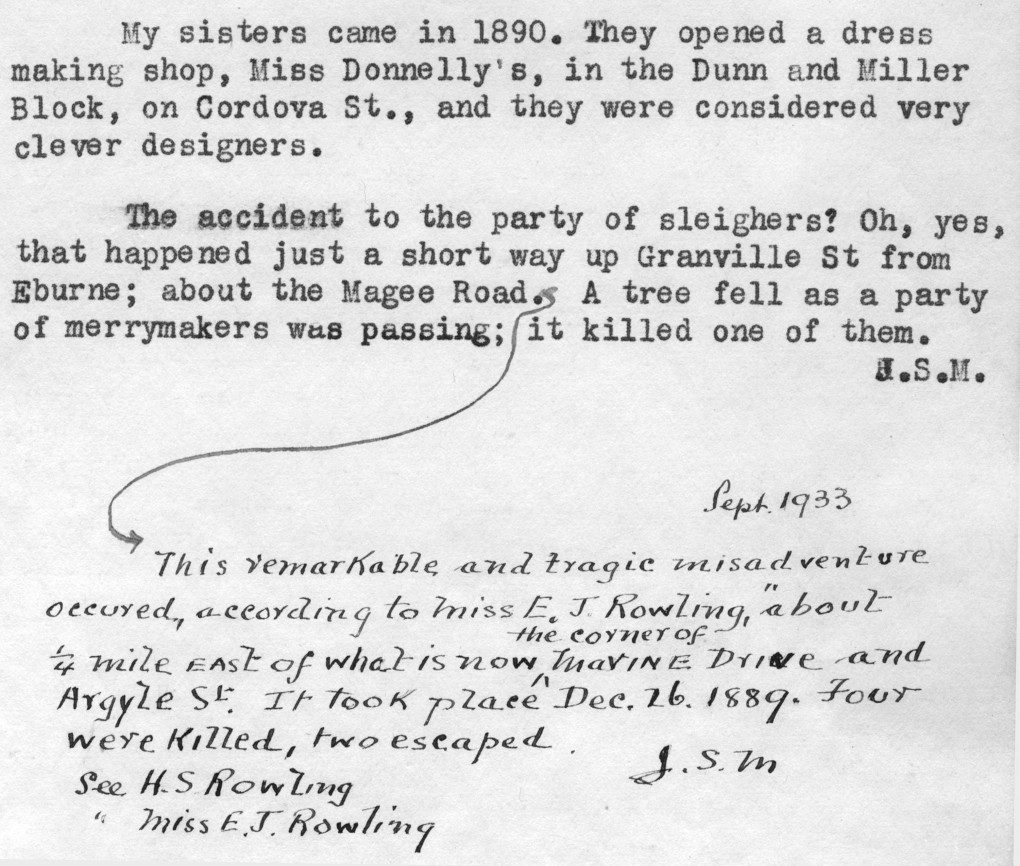 And here’s an example of corrections: 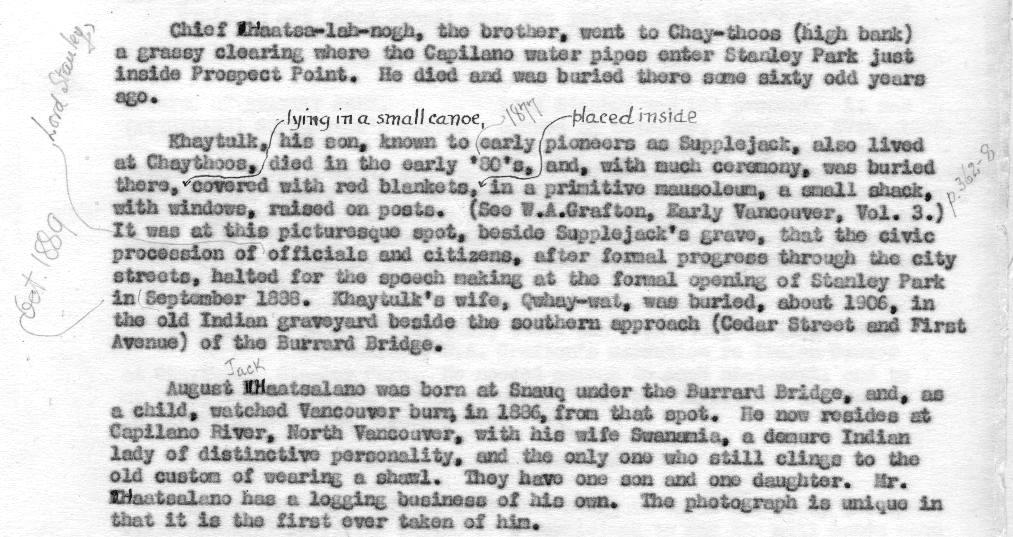 Major Matthews also used many of the photographs he had collected and annotated over the years, inserting them into his typewritten text and sometimes adding or even changing annotations. 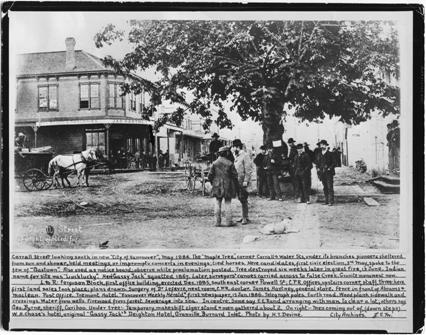 He also liked to annotate maps and drawings and insert them in Early Vancouver. This is a version of an early map of Vancouver where Major Matthews drew in flames. He used this image multiple times and in multiple contexts (and many people after him have used it as well). We also have the original colour version in the Archives. 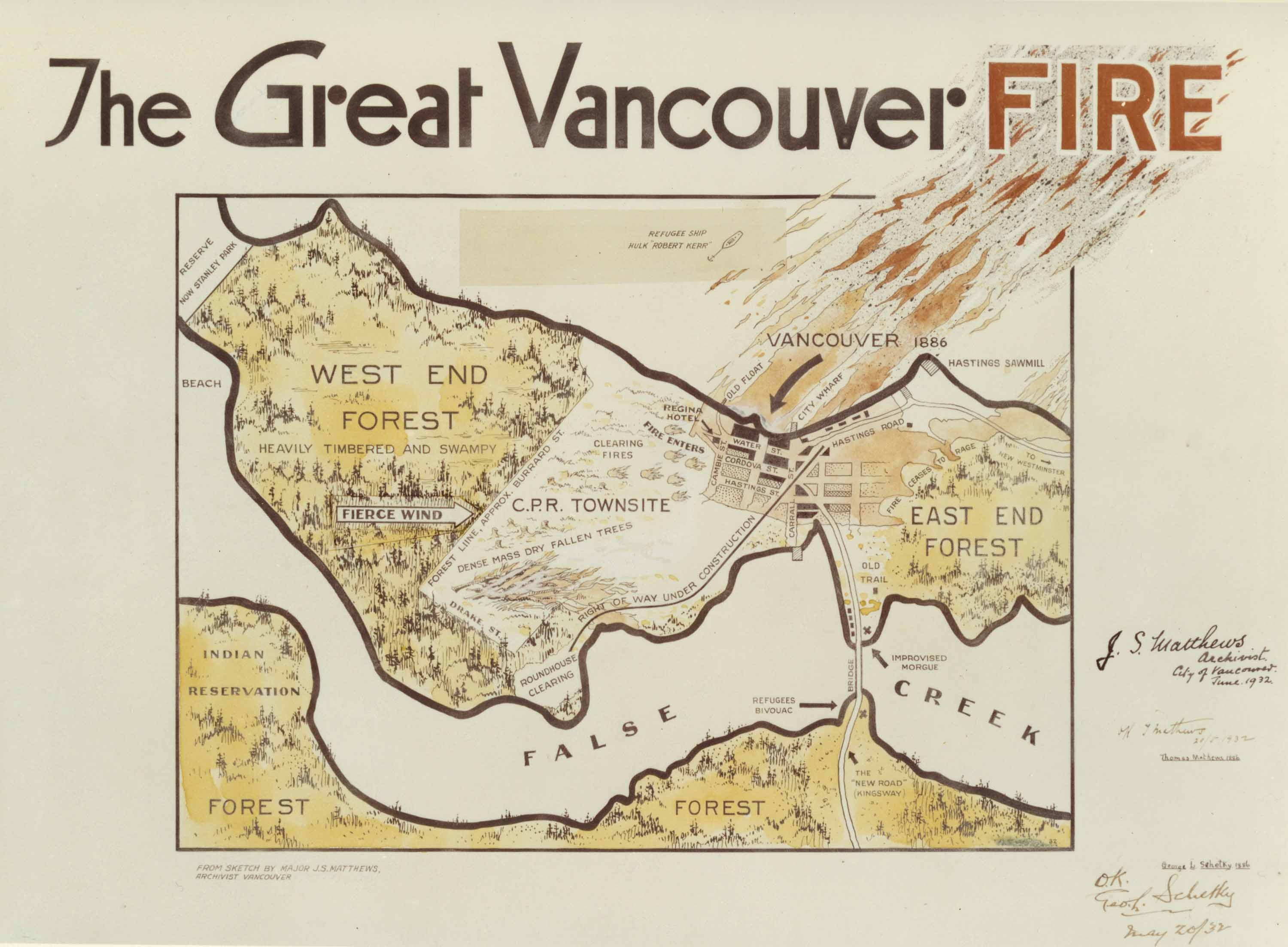 Early Vancouver is full of photographs and sketches in which Major Matthews provided keys to buildings or people. You’ll see numbers or letters written or typed on the image with a key placed on or below it, sometimes written in very small script! 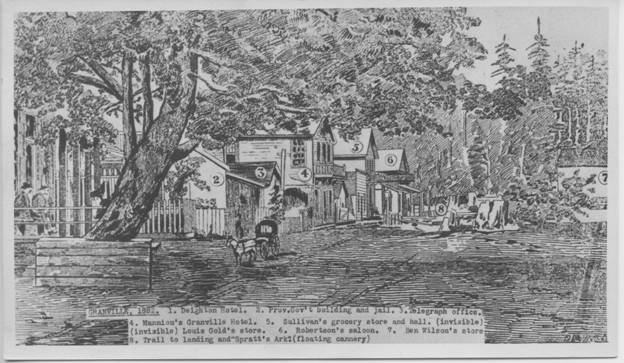 Major Matthews did not limit himself to just photographs, maps and sketches. He included whatever interested him about the history of Vancouver and the region. The following are typical examples. 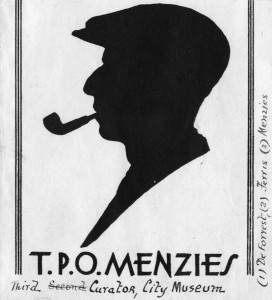 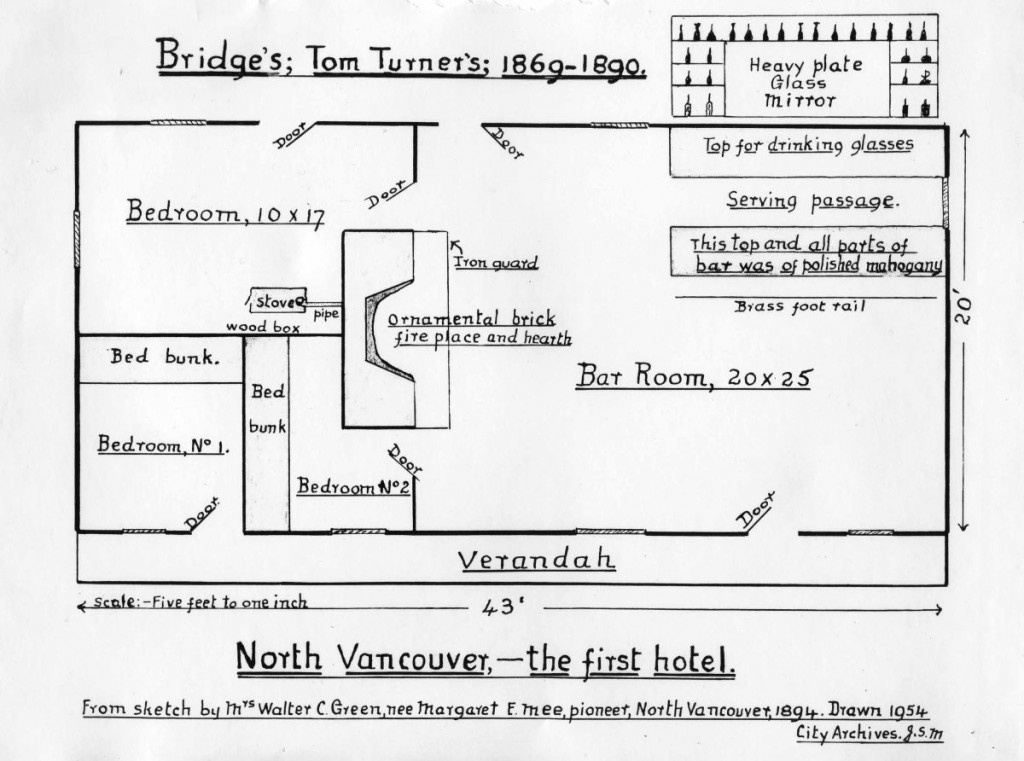 In its 3,300 pages, Early Vancouver holds a wealth of textual and visual information about Vancouver’s past. Like all collections of pioneers’ stories, it has its limitations. The distance of 30 or 40 years tends to fade the storyteller’s memory and embellishment of certain events and selective retention of others does occur. Archivists put great stock in the original record, the primary source: correspondence, diaries, and other contemporary records. Works like Early Vancouver, however, serve researchers extremely well in giving them a place to start. As the late Fred Thirkell says in his introduction to the Friends of the Vancouver City Archives’ 1998 amalgamated index to Early Vancouver, Matthews’ work provides a source of valuable leads, a way to substantiate information in other sources, and a means to flesh out or humanize other barebones factual accounts. And sometimes, it provides the only known account of an event there is.

We are delighted to present this new online version of Major Matthews’ Early Vancouver. Whether you know it intimately from visits to the Archives or whether you are encountering it for the first time, we hope you enjoy it and the young city it remembers.