The “fashionable” thing to do in summer — even for cows.

From about 1894 to 1908, summer camping on the beach was considered a fashionable holiday tradition, enjoyed by many of Vancouver’s early well-to-do families.

The most popular spot was Greer’s (now Kits) Beach, where “tent town” comprised two long rows of tents on either side of an irregular “street” of beach sand.

Greer’s Beach was reached by boat down False Creek from Carrall Street, on foot across the CPR trestle bridge, via a sinuous trail through the cleared area or by buggy over a former wagon track used by loggers with their oxen. 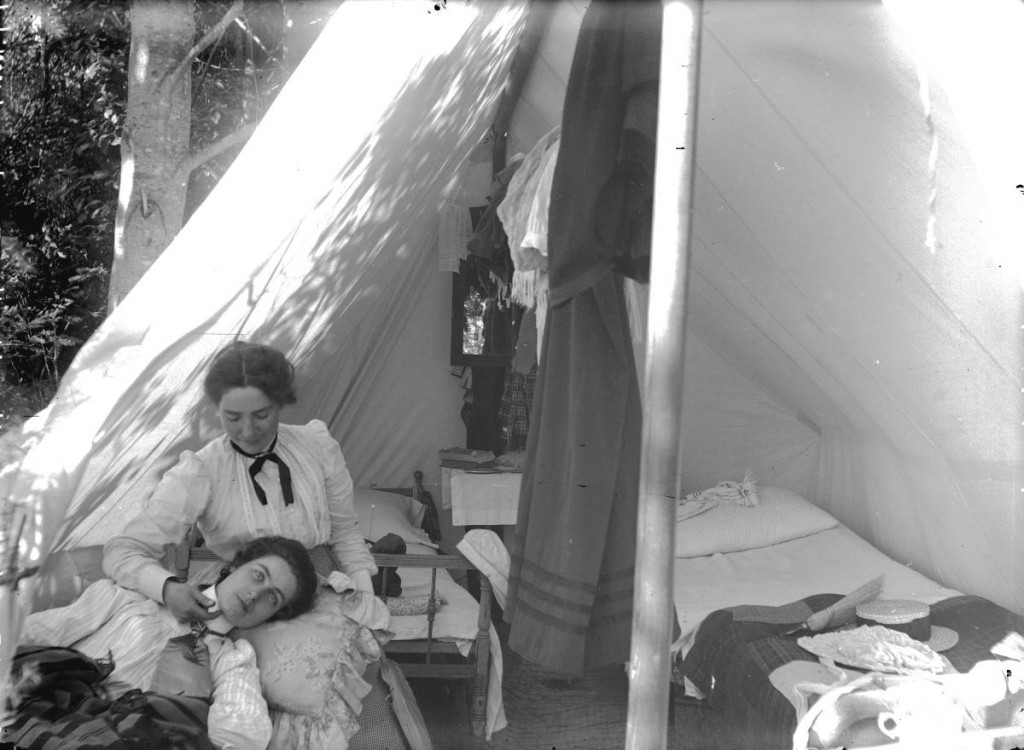 English Bay (First) Beach was another popular camping site, where, in 1898, “about two score tents extended to the West” and “many were commodious and richly furnished.” (The quote is from Major Matthews‘ annotation on the back on the second picture below, # Be P90 N45) 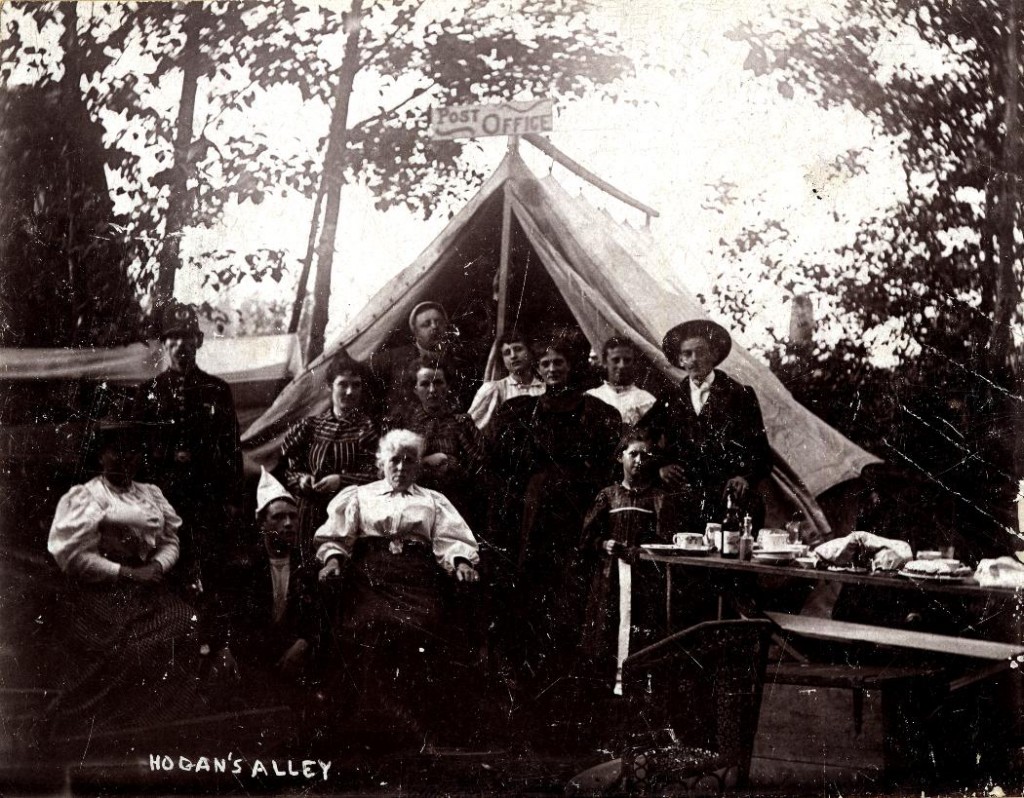 The Crickmay family, William and Frances and their nine children and assorted relatives, arrived in Vancouver in August 1888 from England. William built the Imperial Opera House at Pender and Beatty, his daughter Elizabeth was the second matron of the City Hospital on Beatty Street, and his son Alfred founded Crickmay and Bermingham, one of Vancouver ‘s earliest customs brokerages. 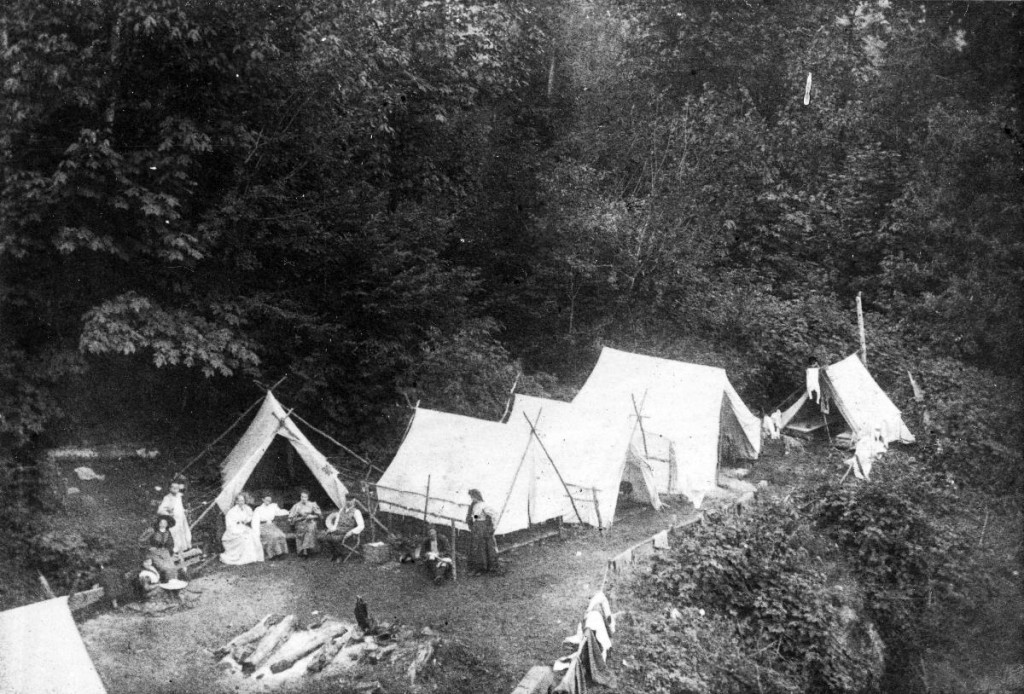 The End of an Era

Beach camping was discontinued after 1908, due to improper sanitation conditions and increased development. The picture below is very likely one of the last days that Greer’s Beach would host Vancouver’s resort camping families.