After two terms at the School of Library, Archival and Information Studies at UBC, I was lucky to spend twelve beautiful summer weeks in the care of the Archives with my co-intern Cristen Polley.

Ah, the Archives! Shelves of ancient, crumbling volumes disappearing into shadowed heights, honeycomb walls of coiled scrolls, one skeletal, omniscient archivist-monk carrying a lantern… I can imagine hypothetical archivists and conservators cringing in horror. If you’ve read as many fantasy novels as I have and have been afflicted with similar fantasies/nightmares, I can assure you that the inside of the modern archives is much more sensible altogether, all uniform rows of acid-free boxes, labeled and ordered. Dust is out, HVACs, environmental standards and lint-free gloves are in. The labyrinthine memory of the mortal archivist is vastly improved upon by systematic arrangement and archival description databases. Gothic architecture or no Gothic architecture, in the archives—the real archives—there is still a sense of awe in the presence of the remains of history, an awareness of its fragility before the ink-fading, data-corrupting streams of time. 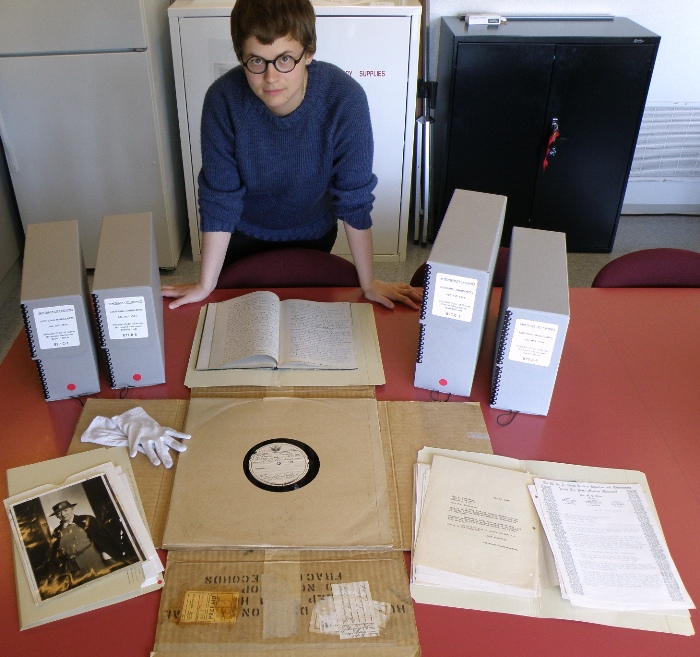 Records from the Victorian Order of Nurses. Photo by Cristen Polley.

Earlier this summer, archivist Chak Yung showed us to the boxes of unprocessed records we would spend the next month with, closely examining, analyzing, inventorying, describing and rehousing in archival-quality containers. Based on study of the records, we would reconstruct the lives of the records’ creators, their activities, and the logic of their recordkeeping system for future researchers—not always a straightforward task, since most of us don’t organize or label our files with their eventual comprehensibility to total strangers in mind.

I was assigned the records of the Richmond-Vancouver branch of the Victorian Order of Nurses (VON), a non-profit society with over 100 years of charitable home nursing and community service history here in BC. A VON nurse has been in Vancouver almost as long as Vancouver has existed. 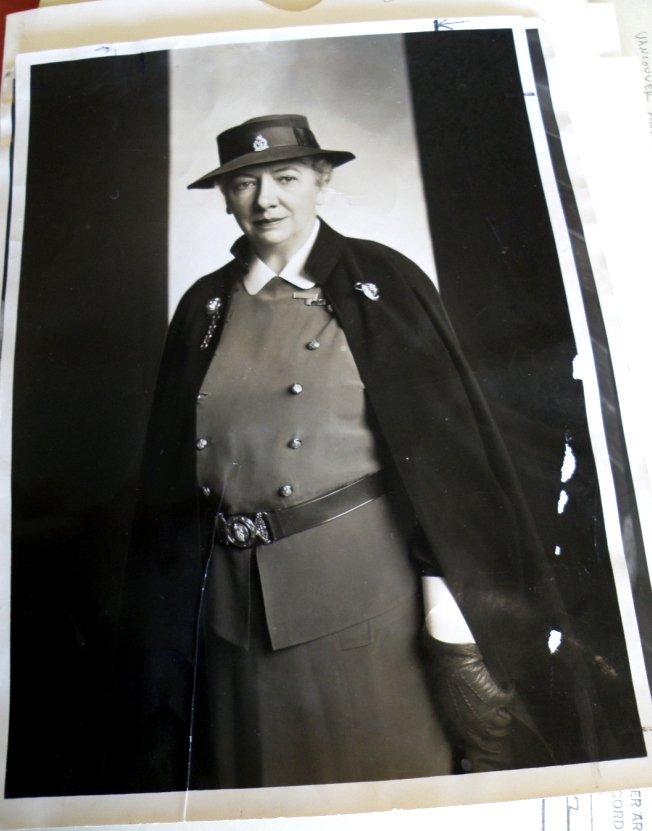 The VON fonds turned out to be a rich and surprising collection of textual documents and photographs, as well as four transcription audio discs, stretching from about 1912 to the 1990’s. The records were originally created by as many as nine of the Victorian Order of Nurses branches that once operated in BC before they were all moved to one office, the Richmond-Vancouver branch. The Richmond-Vancouver Branch was the last remaining branch in BC and last custodian of the other regional branches’ records before it became the independent Health and Home Care Society of BC in 2006.

Next, under the supervision of conservator Sue Bigelow, Cristen and I cleaned and flattened architectural plans, and surface cleaned glass plate negatives and lantern slides before their digitization. We were given a crash course in photographs and plastics identification over a tableful of examples from the varied world of photographic processes. We also spent a day with volunteer Kathy Kinakin constructing custom boxes and sink mats for oversize glass plate negatives and a day with Jeffery Chong, staff member at the Archives, learning the basics of film identification, appraisal and repair.

The second major archival project that Cristen and I undertook was with digital archivist Glenn Dingwall, revising the Archives’ authority records for the City of Vancouver. Authority records describe records creators and the context in which archival records were created. The City of Vancouver is a complex and shifting organism: a division may experience different internal configurations, changes in name, and changing roles in the City’s administrative structure in the life of one file or one series of files. All of these developments need to be described and represented in the City authority records. In order to comprehend the history of the small section of the City government that Cristen and I were assigned, we needed to map its origins and formations in several ways before deciding how to most accurately represent the changes over time. 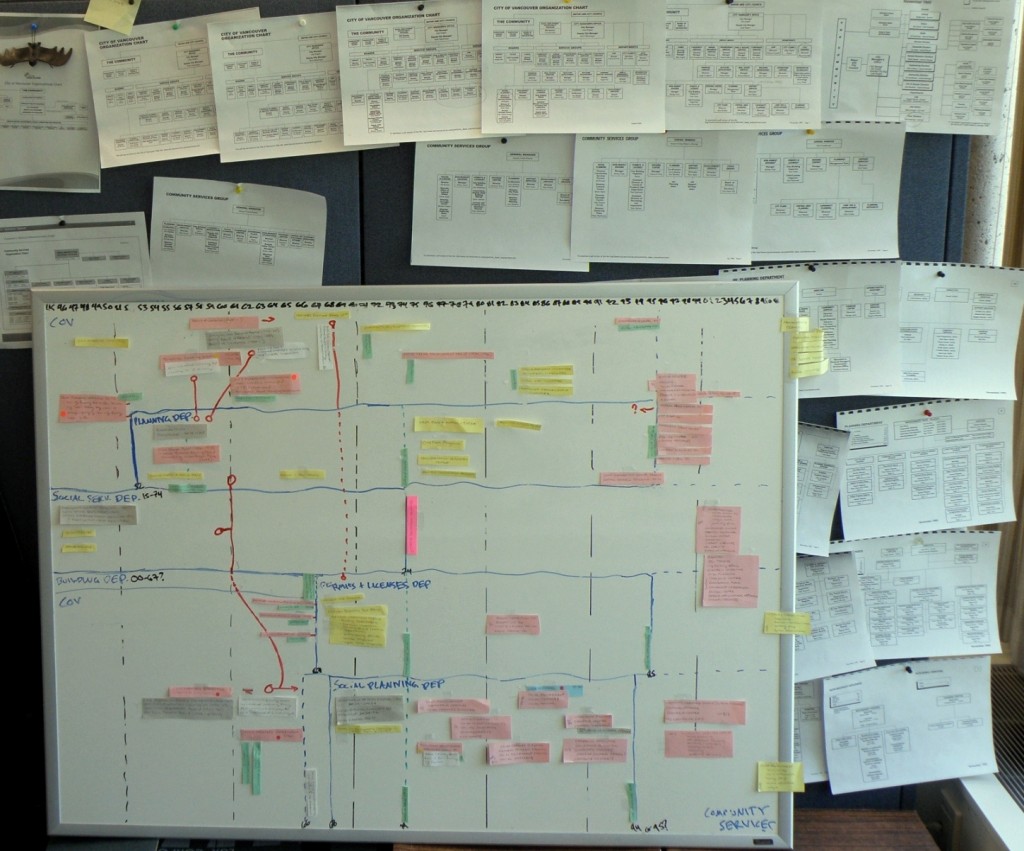 A fantastic twelve weeks! Thank you everyone, archivists, conservators, staff and volunteers, for your patience and generosity with us this summer.

Editor’s note: Melanie is Master’s of Archival Studies candidate at the School of Library, Archival and Information Studies (University of British Columbia).

Written by: Students
This entry was posted in Archivy, People and tagged Students, Victorian Order of Nurses. Bookmark the permalink.