A new exhibit, titled Postcard Views: Classic Vancouver Postcards in Drawings and Paintings, is now showing at the City of Vancouver Archives’ Gallery. The exhibit is by Robert Sandilands, a retired Vancouver architect with long standing interests in the histories of art, photography, Vancouver and, more recently, postcards. 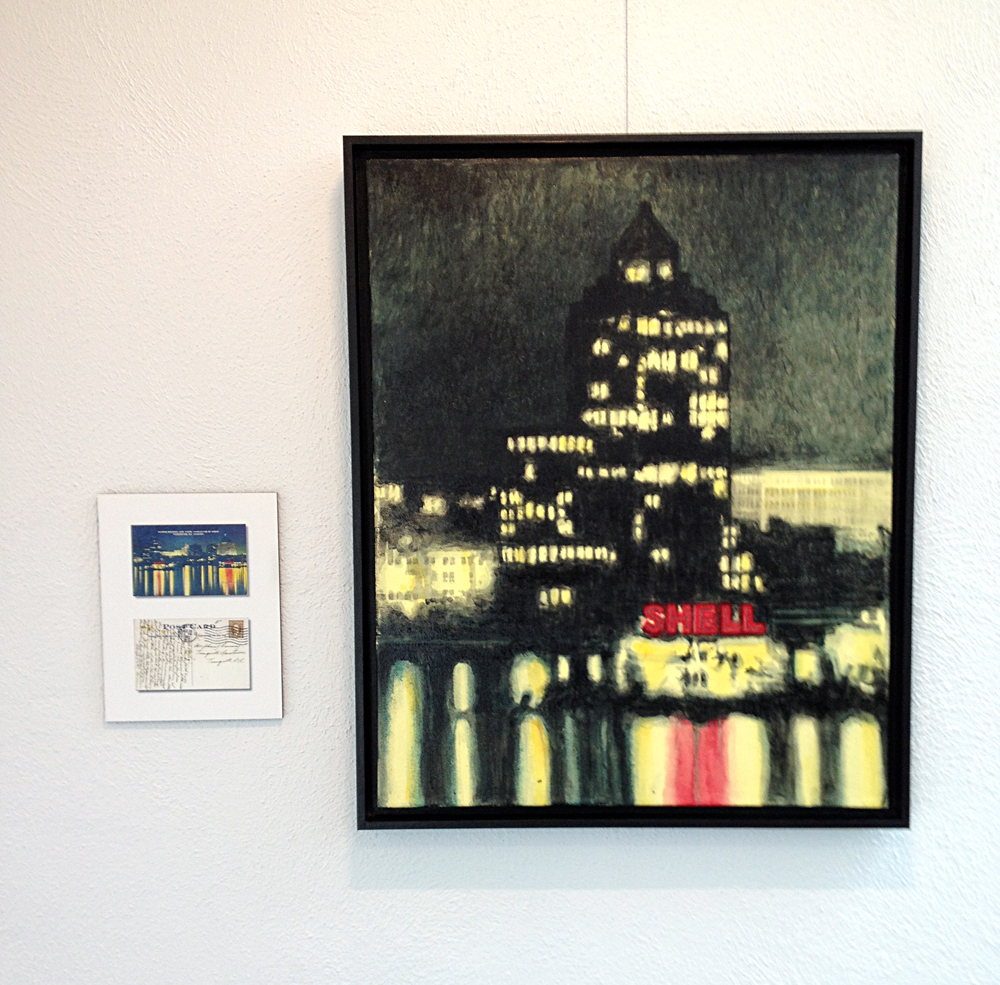 Inspired by the “Golden Age” of vintage picture postcards (ca. 1905-1940), Sandilands uses postcards, mainly from his collection, as “interesting models” for the creation of drawings and paintings. Sandilands believes that these postcards “can be viewed as miniature icons deserving of a larger representation… both for their material qualities as ink or photographic emulsion on card as well as their pictorial ambition”. 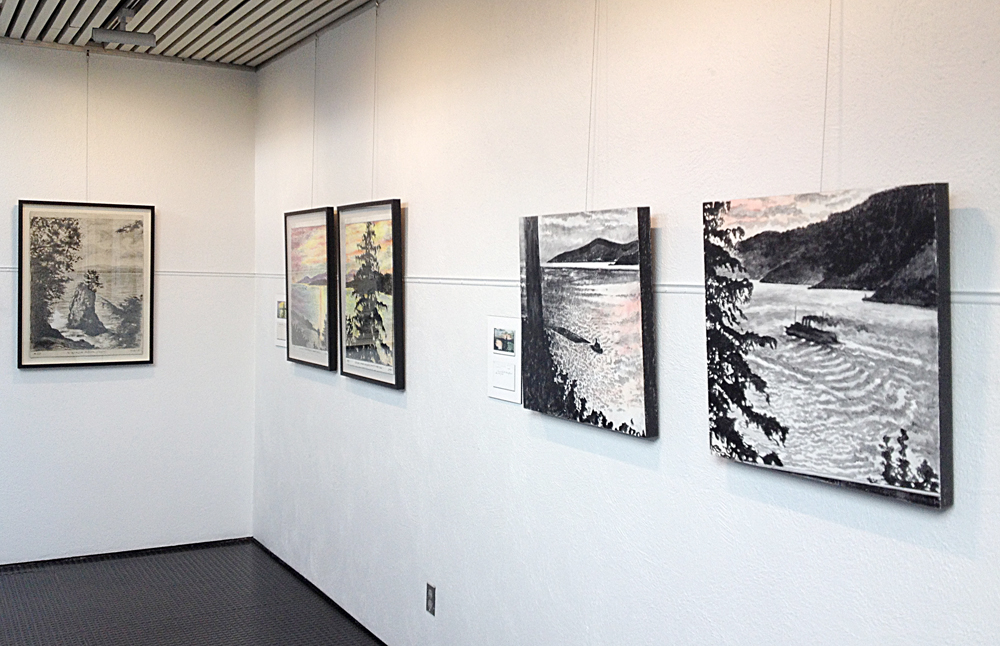 The exhibition includes 10 works based on 12 original vintage postcards of classic views of Vancouver, plus a digital slideshow of 58 vintage post cards representing the same selection of views.

The 10 original works are comprised of one, two or three drawings or paintings; with each format selected to suit the particular subject and composition. For Sandilands, the technique used for each work attempts to relate to the characteristics of the particular printing technique used to produce the original postcard.

If one compares the two post cards views of Prospect Point in the exhibit as an example, the first colour-lithographic postcard is rendered in oil pastel producing a more matte and textured effect similar to the original lithographic print. In contrast, the other post card view of Prospect Point,  a hand-coloured glossy “real photograph”, is executed with a smoother ink and paint technique with varnish for a glossier effect.

The way the works are displayed in the gallery reflects the location of the actual views outside the gallery.  According to Sandilands, “the sequence of the works on display forms a kind of a shorthand virtual panoramic tour of False Creek/English Bay/Burrard Inlet/Coal Harbour and relates to the view out the windows of the Archives building!” 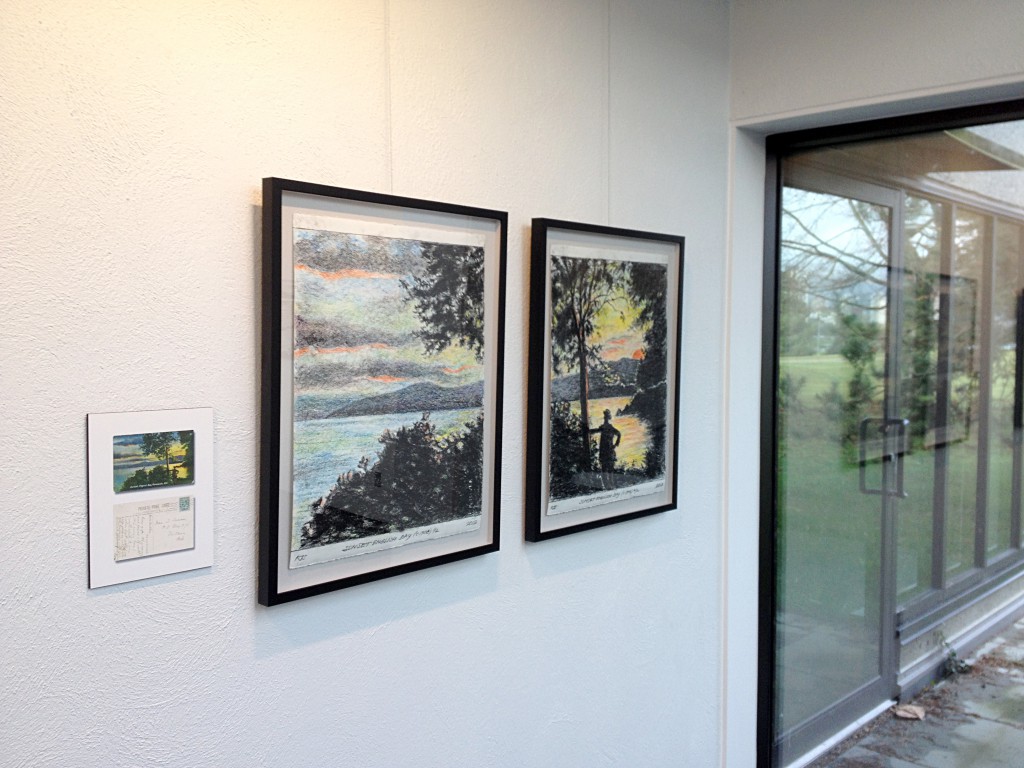 What inspired the use vintage postcards as artistic subjects? Robert Sandilands, explains how the Postcard Views project evolved:

I first encountered the Burrard Bridge card about 20 years ago…it was reproduced in a local magazine… I was impressed by this powerful little image and saw in it a possibility for making interesting pictures which would have a broad appeal. The three [Burrard Bridge] drawings in the show were based on that tiny reproduction. 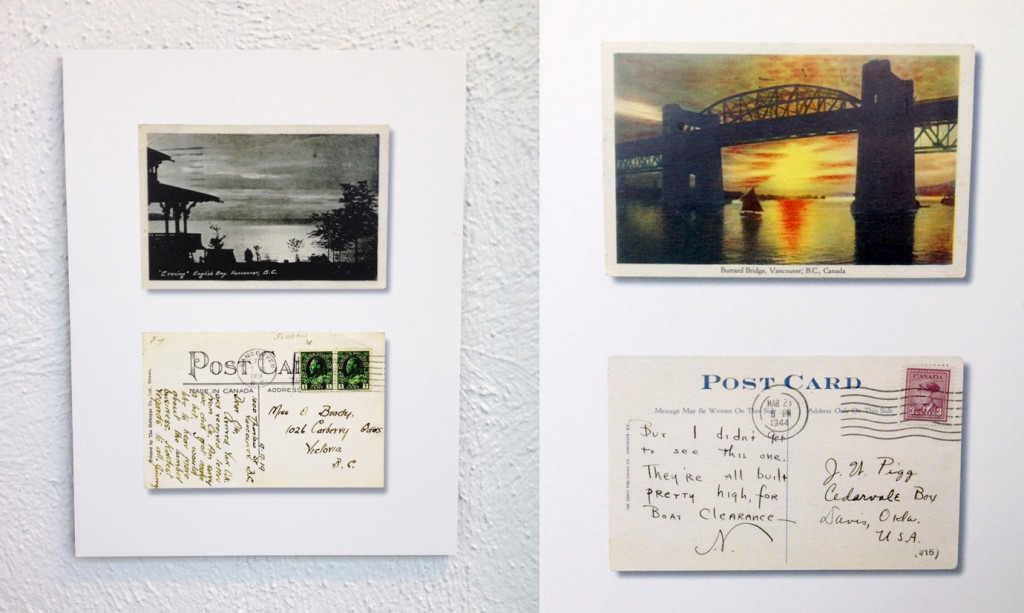 Vintage “Golden Age” postcards, including the Burrard Bridge card that started it all. Photo: C.Hagemoen

Then I started collecting other post cards, looking for subjects that would have the same sort of pictorial potential and that I felt I could satisfactorily “re-present”. In the process I learned more about the history and production of postcards and the history of the views involved all of which made the postcards more interesting.

Sandilands notes that “none of the [postcard views] could be reproduced today – they are views of times past.” He adds, however, that “the essential beauty of the views endures.” 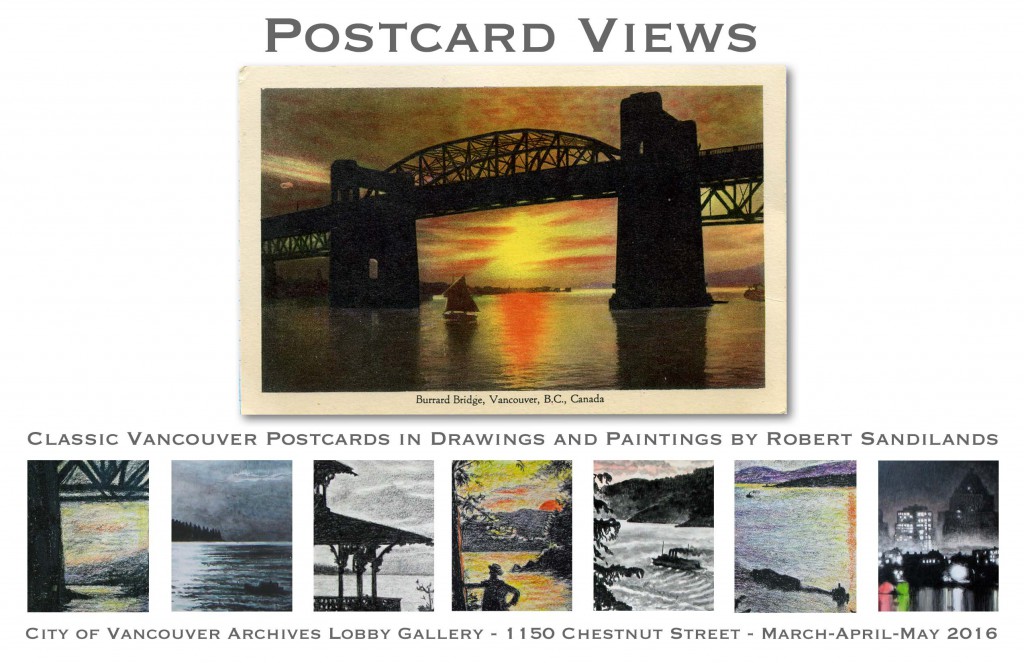 Written by: Christine Hagemoen
This entry was posted in Public Programming and tagged documentary art, exhibit, postcards. Bookmark the permalink.