We are pleased to announce the availability of additional records relating to the history of Vancouver’s built heritage. 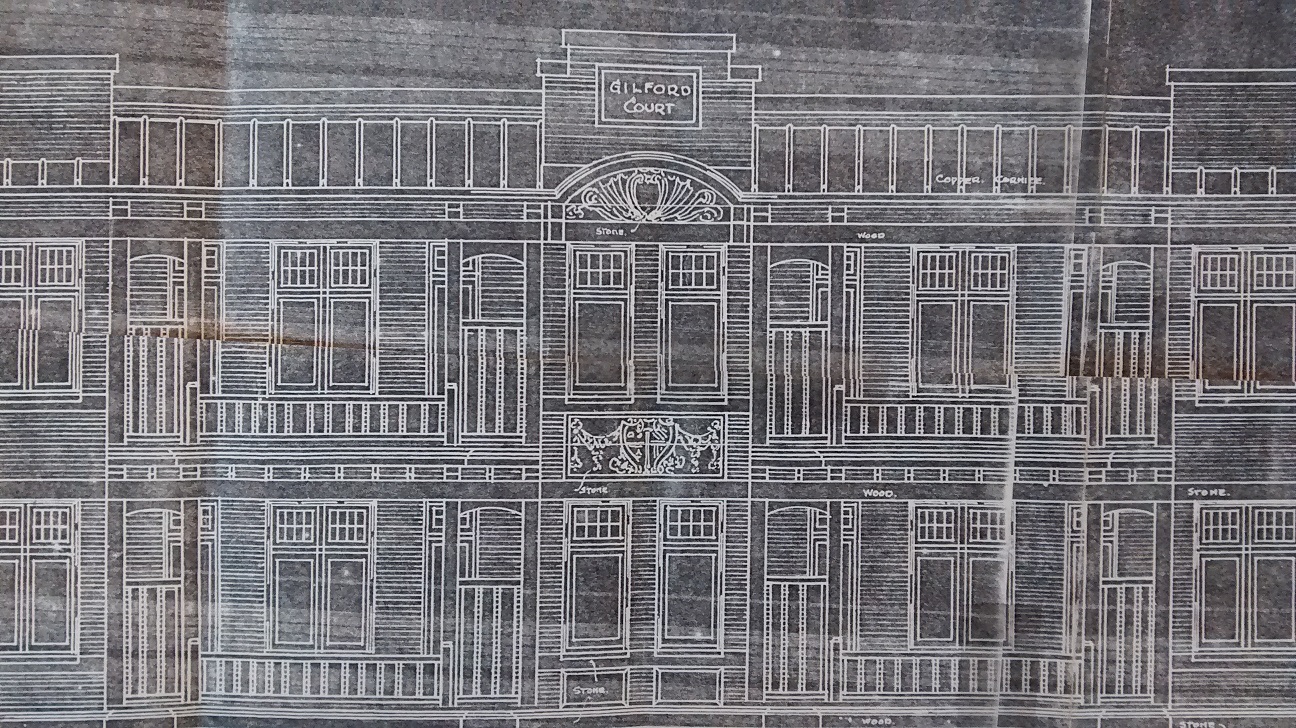 The new series COV-S682 Built heritage research files documents the City’s initial efforts to identify and assess the heritage value and features of structures across the city, beginning with a number of building surveys conducted in the late 1960s and early 1970s in support of the Beautification Program. This program’s goal was to improve the visual appeal of city streets through design and construction of amenities such as new street lighting, benches, and sidewalks.

In 1971, the Gastown-Chinatown Architectural Survey, conducted in conjunction with the University of British Columbia, more intensively collected data on structures in those two neighbourhoods that were identified as having possible heritage value or features.

The records from these surveys were collected by the Heritage unit of the Planning Department into files based on street address, to be used as data for Heritage Planners. Forms for both the Beautification Surveys and the Gastown-Chinatown Architectural Survey include information on the building, such as assessed value, owner, physical characteristics, and historical information. Many of the forms include photographs of the building exterior (usually frontage only), which are attached to the forms. 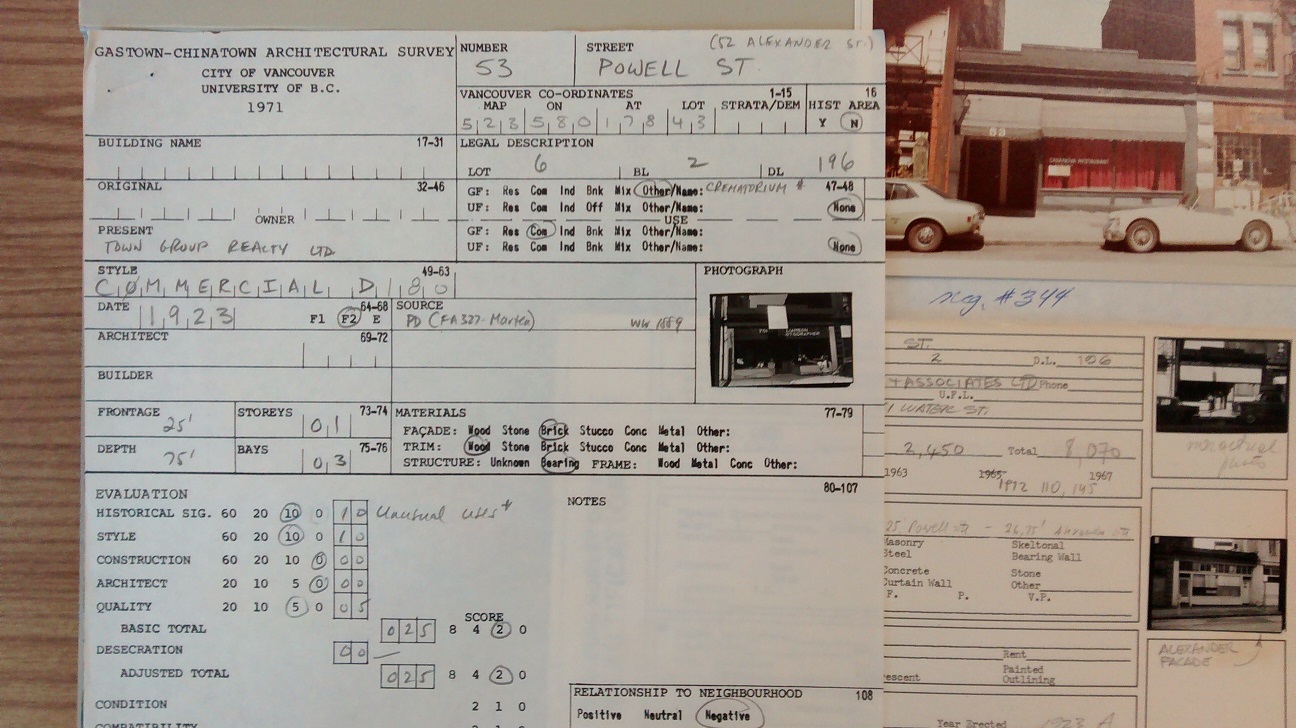 The series includes records documenting later inventory activities conducted through the 1970s, in neighbourhoods across the city. Later forms tend to be simpler, and contain less qualitative data. In some cases, the demolition of a documented building is noted on the initial survey form. 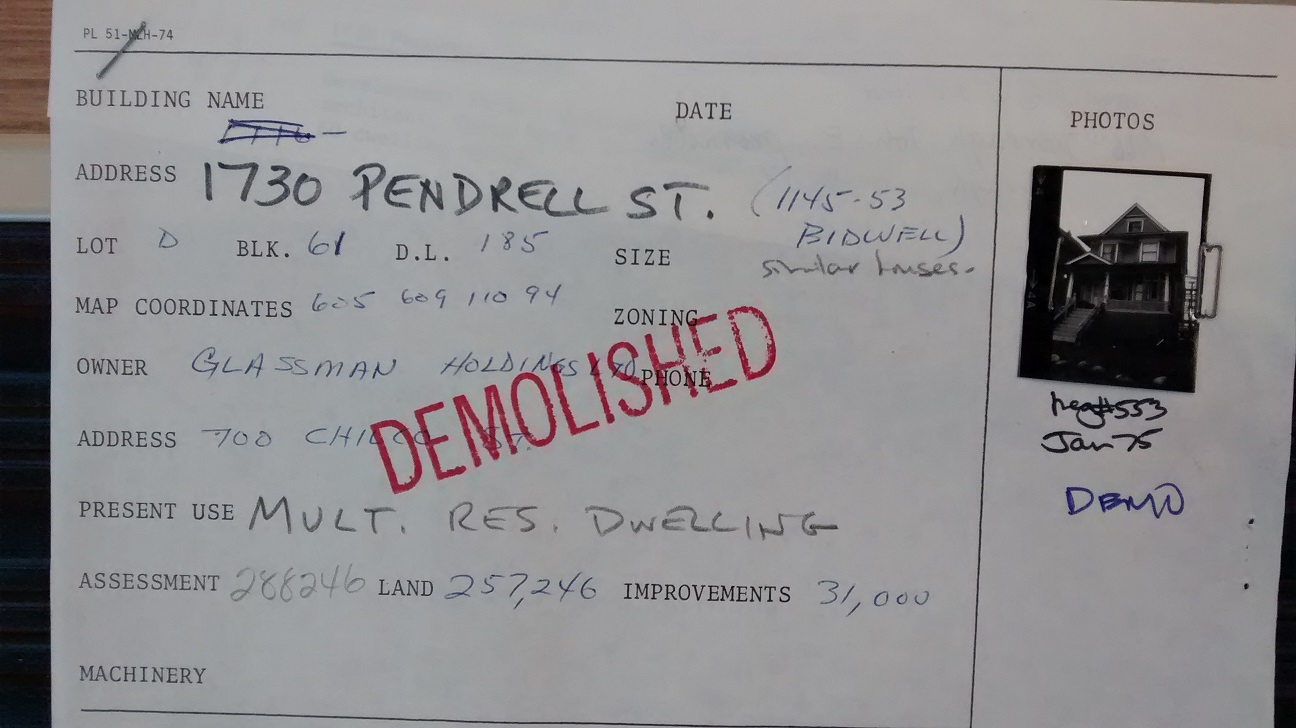 The other new series of heritage-related records, COV-S684 Heritage planning subject files, documents the creation and early implementation of the Planning Department’s heritage program in the 1970s. The series includes minutes of the Heritage Advisory Board, studies on various aspects of heritage preservation, correspondence with planners and representatives in other jurisdictions, and correspondence with external heritage agencies.

We are pleased to be able to make more records on this very popular subject available to researchers.

Written by: Sharon Walz
This entry was posted in Holdings and tagged heritage, urban planning. Bookmark the permalink.