We are excited to announce that 610 photographs from the Vancouver Legacies Program records series are now available online. 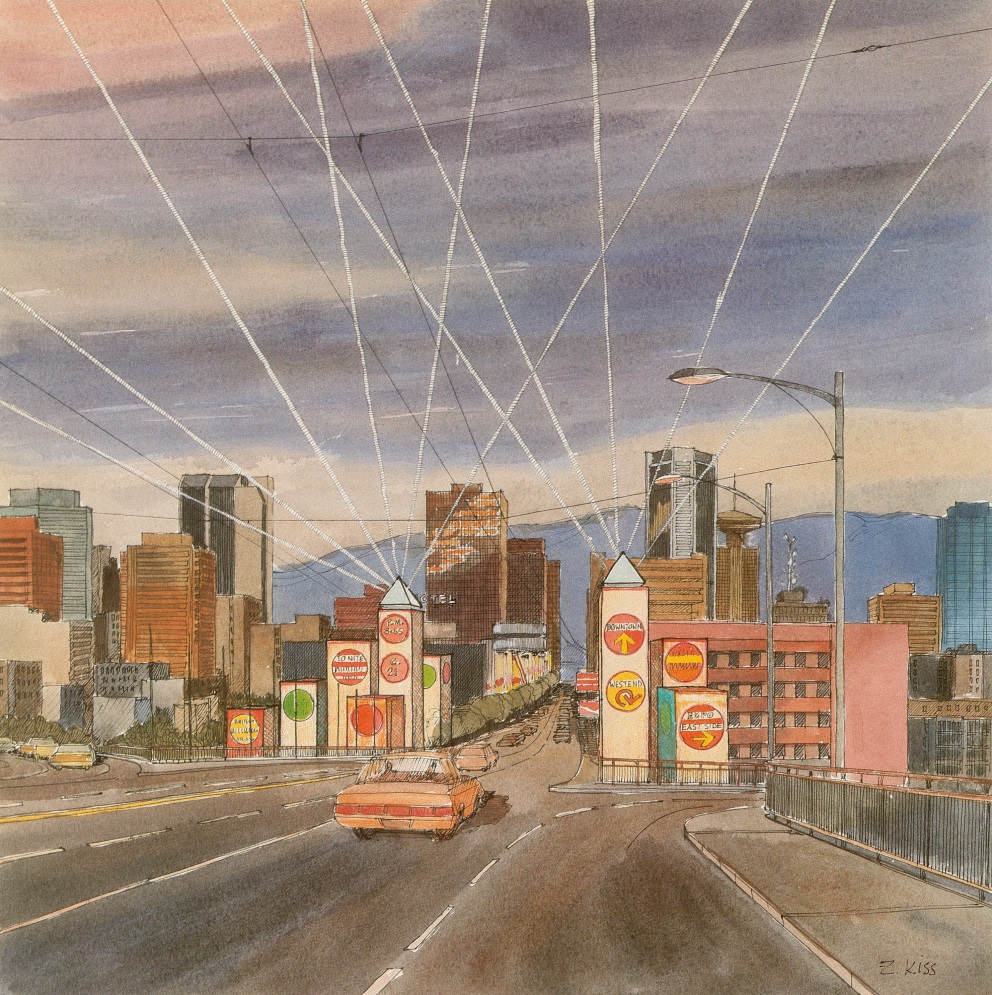 The Vancouver Legacies Program was initiated by City Council in 1985 to prepare Vancouver for hosting the upcoming Centennial celebrations and Expo ’86 festivities.

In the words of Mayor Mike Harcourt, the purpose of the Vancouver Legacies Program was “to embellish our city with a fine collection of legacies in honor of our 1986 Centennial.”[1]

The objectives of the Vancouver Legacies Program were: 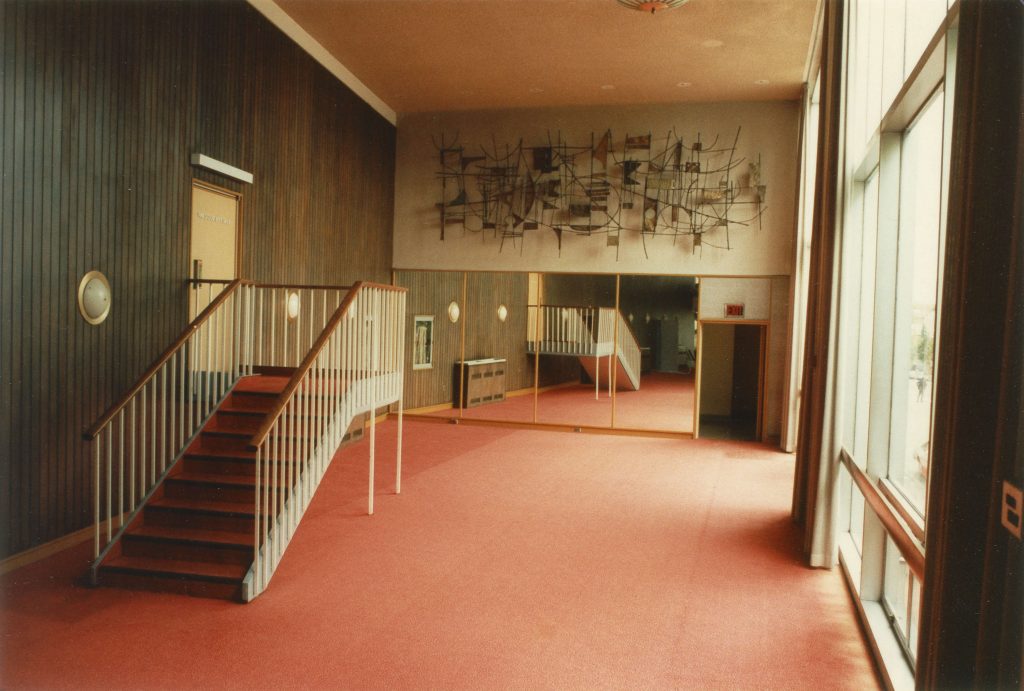 The program aimed to raise money to support over 50 public improvement projects. The committee approached this goal by dividing sponsorship into two parts: 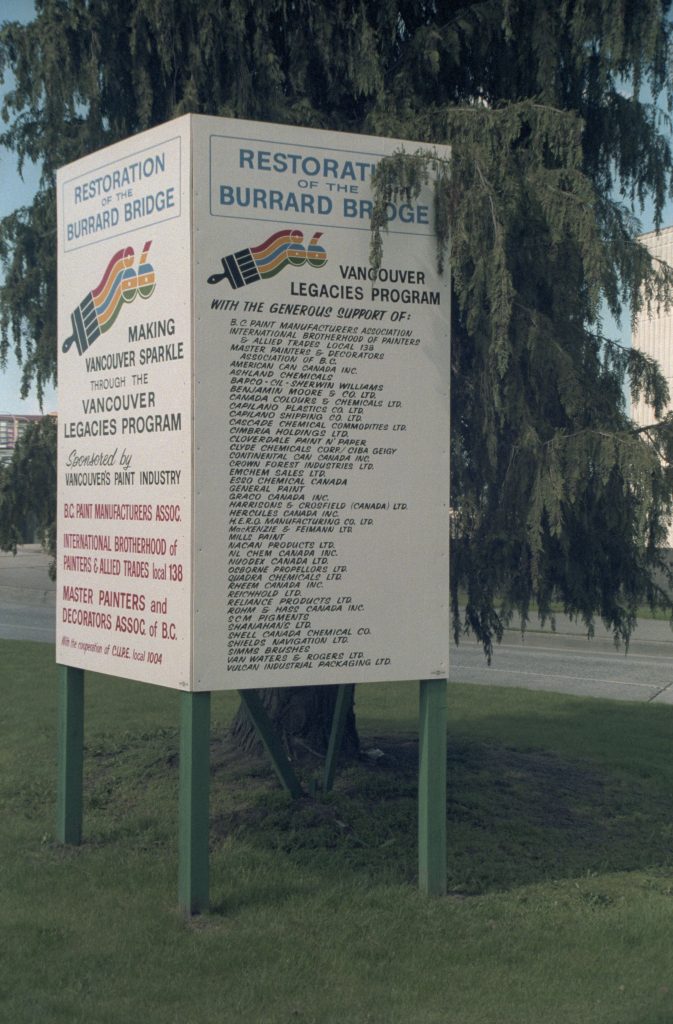 Between 1985 and 1987 the Vancouver Legacies program successfully completed 27 projects. The projects were planned for busy pedestrian and vehicular routes, especially those that were used as gateways to the downtown area. The following photographs depict some of these projects.

Restoration of the Burrard Bridge

The Burrard Bridge opened in 1932 and is an example of art deco style. The Vancouver Legacies program aimed to revive the bridge by cleaning the piers, reconditioning the art deco lanterns, restoring the lookout vestibules, and painting the entire structure to highlight its embellishments. 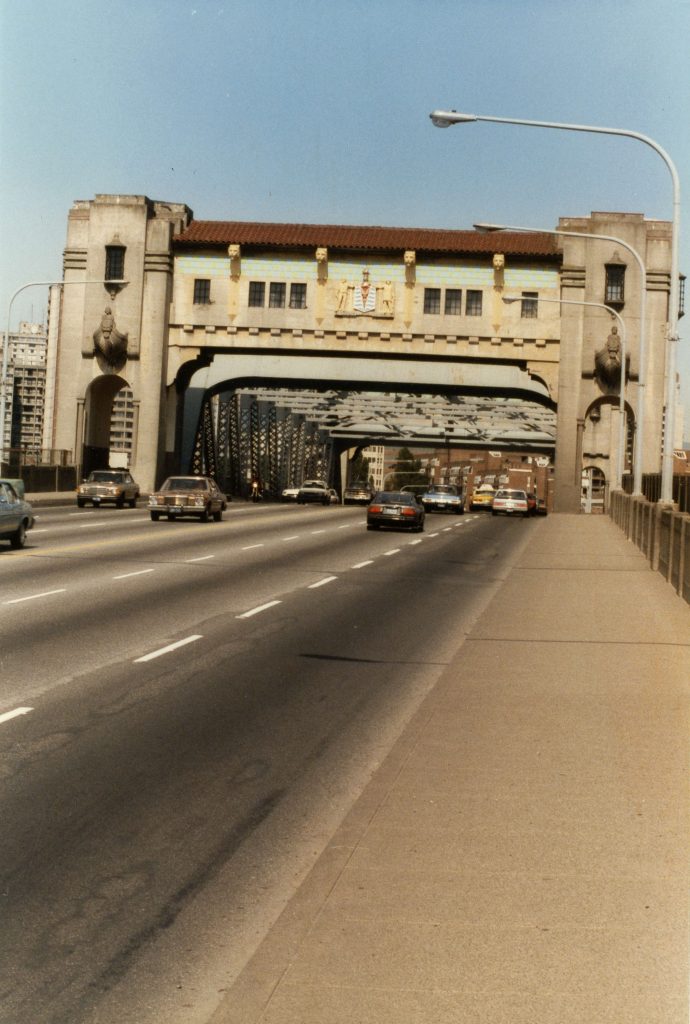 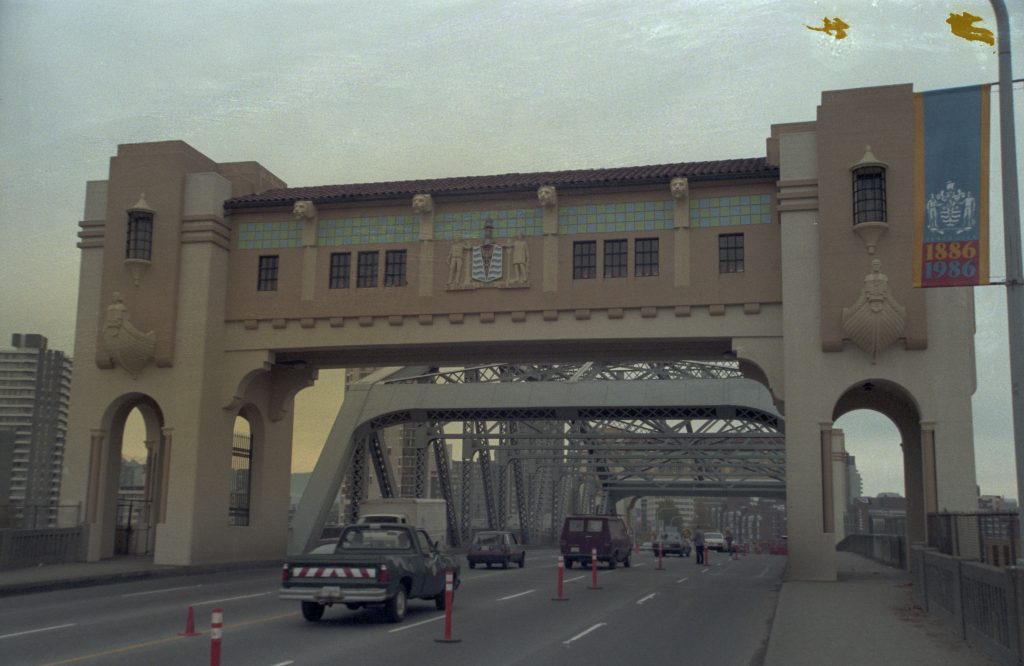 The Portal Park Pavilion was built as a part of the Vancouver Legacies Program at the foot of Thurlow Street. The structure was built with pre-cast concrete steel and a glass pavilion. The Legacies program also funded a feature garden to bring seasonal colour to the downtown area. 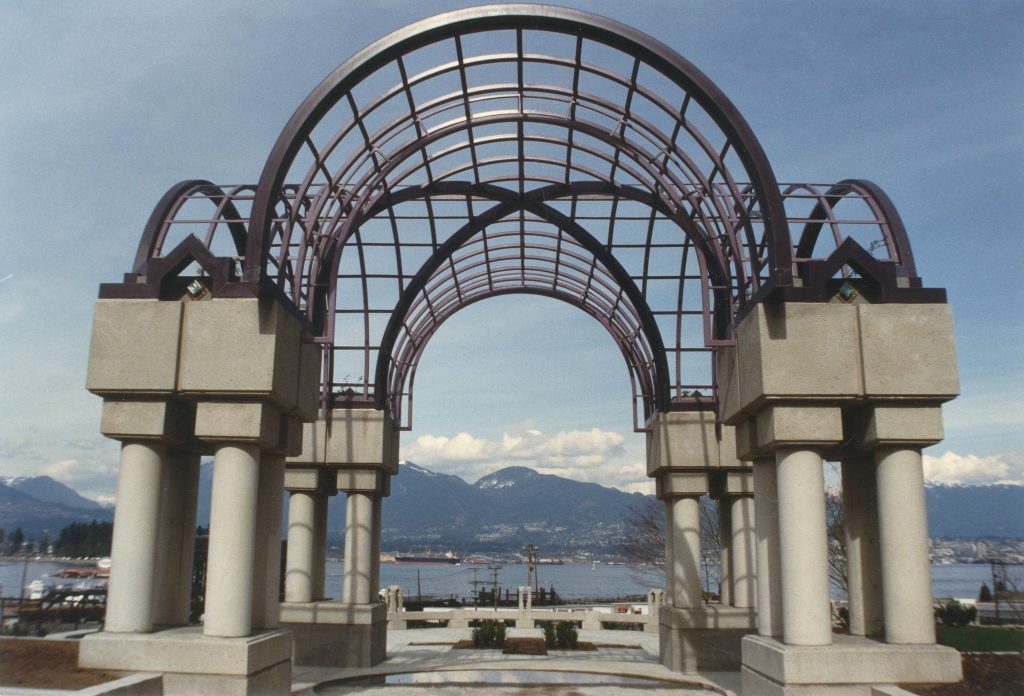 Installation of a Dog and People Drinking Fountain

Also known as the Galloway fountain, sponsored by Theresa Galloway through the Vancouver Gifts Program, the Dog and People Drinking Fountain was built on Robson Street between Hornby and Burrard Streets. 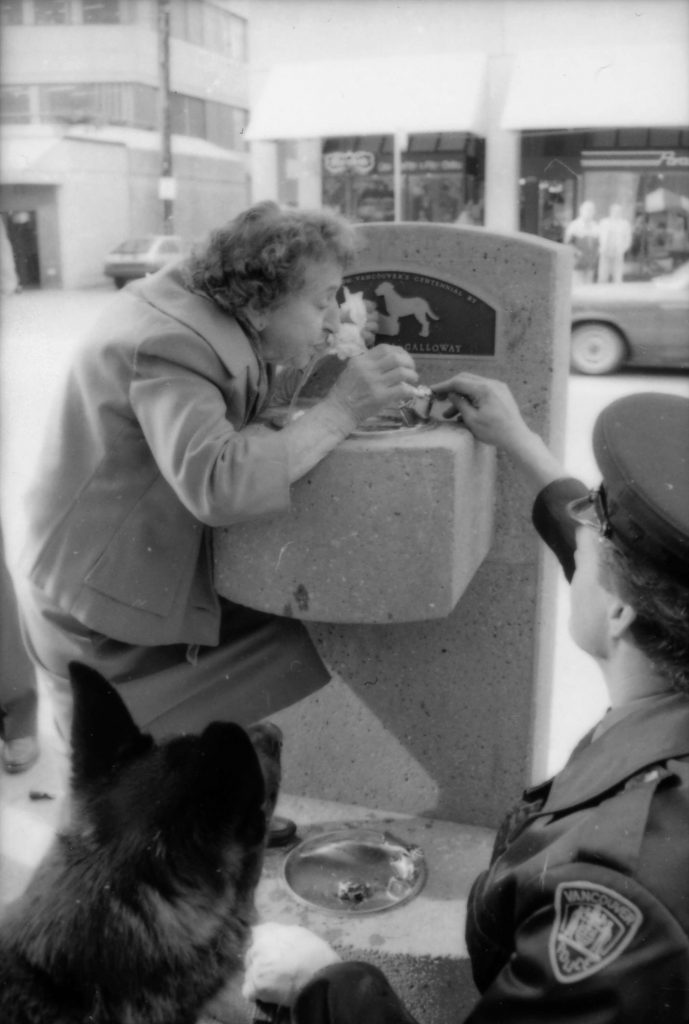 The Vancouver Legacies program raised funds to construct two signboards for the Queen Elizabeth Theatre and the Vancouver Playhouse. The main sign was a computerized electronic message board to be programmed by Civic Theatre staff at Georgia and Hamilton Streets. The other sign was located at Dunsmuir and Hamilton Streets and used hand-changed letters. The Bank of Montreal was one of the main sponsors of this project. 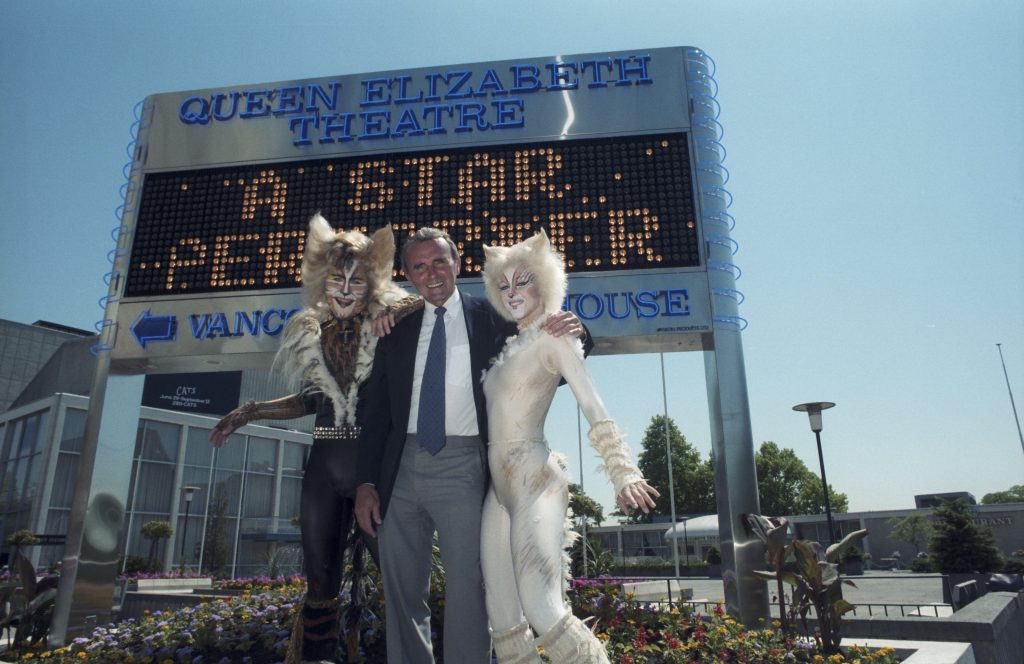 The restoration of the English Bay Bathhouse included repair and painting of exterior walls, new lighting and beautification of the street-level roof deck and railings. Funds raised for the project included the proceeds from the sale of Centennial Swirl ice cream: mint, mango and papaya swirl in a lemon sorbet! 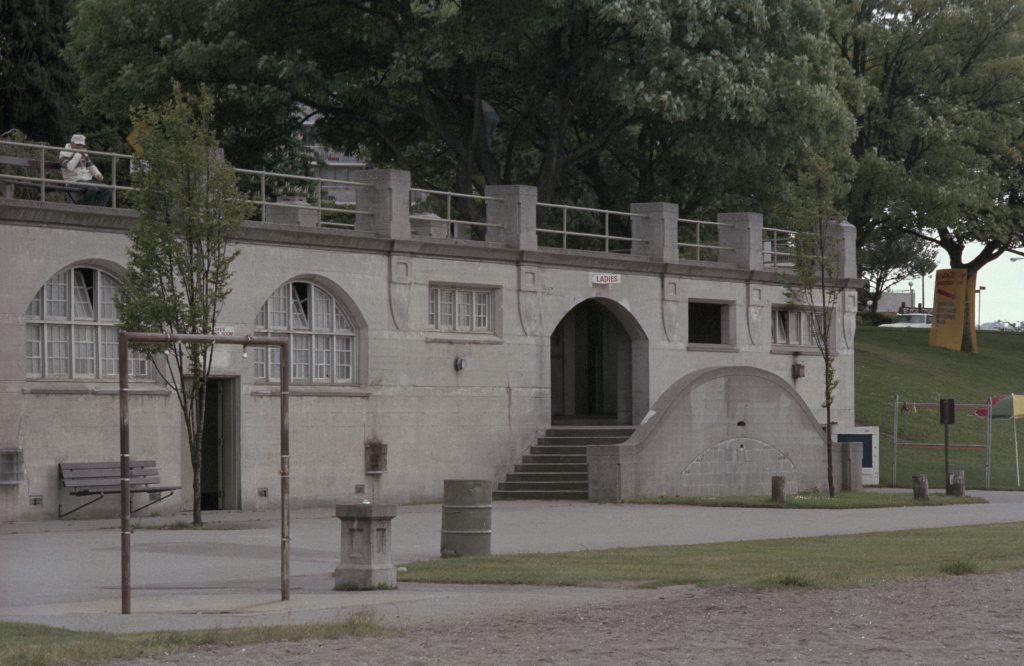 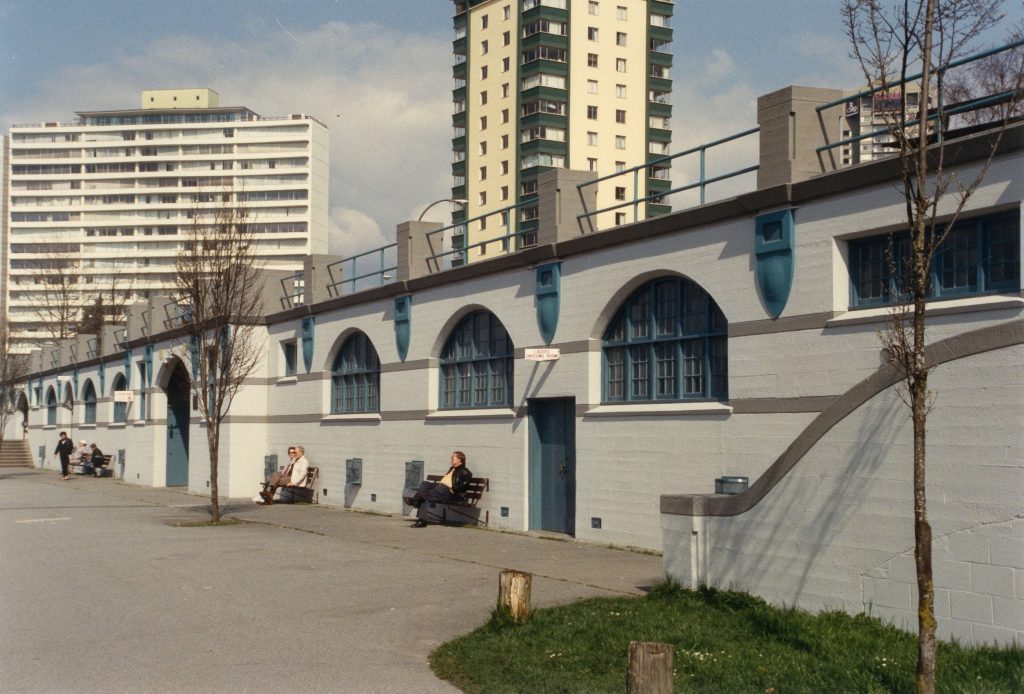 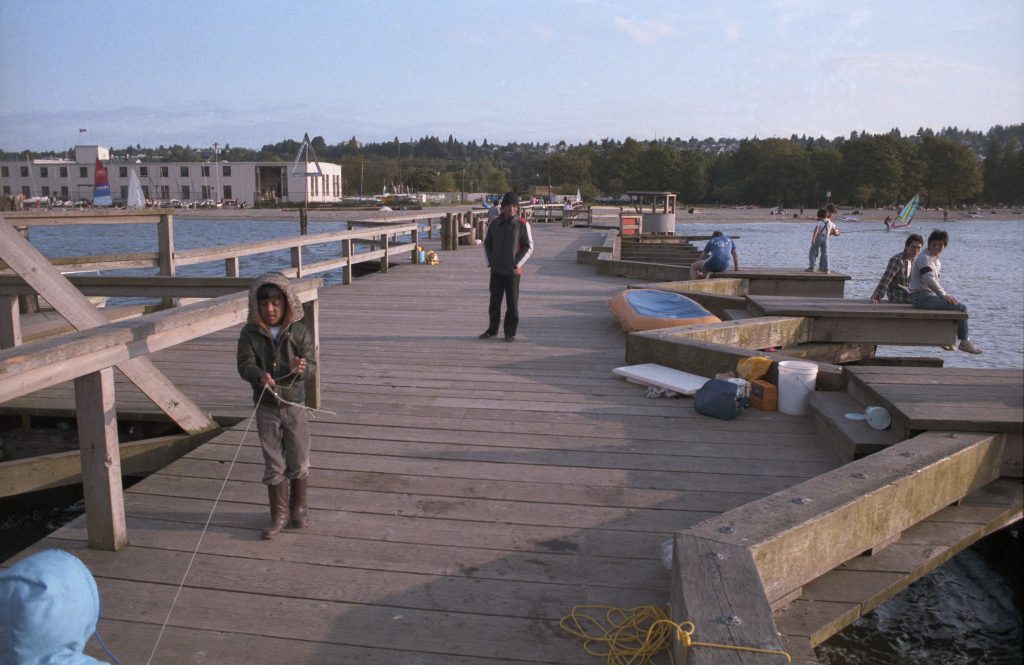 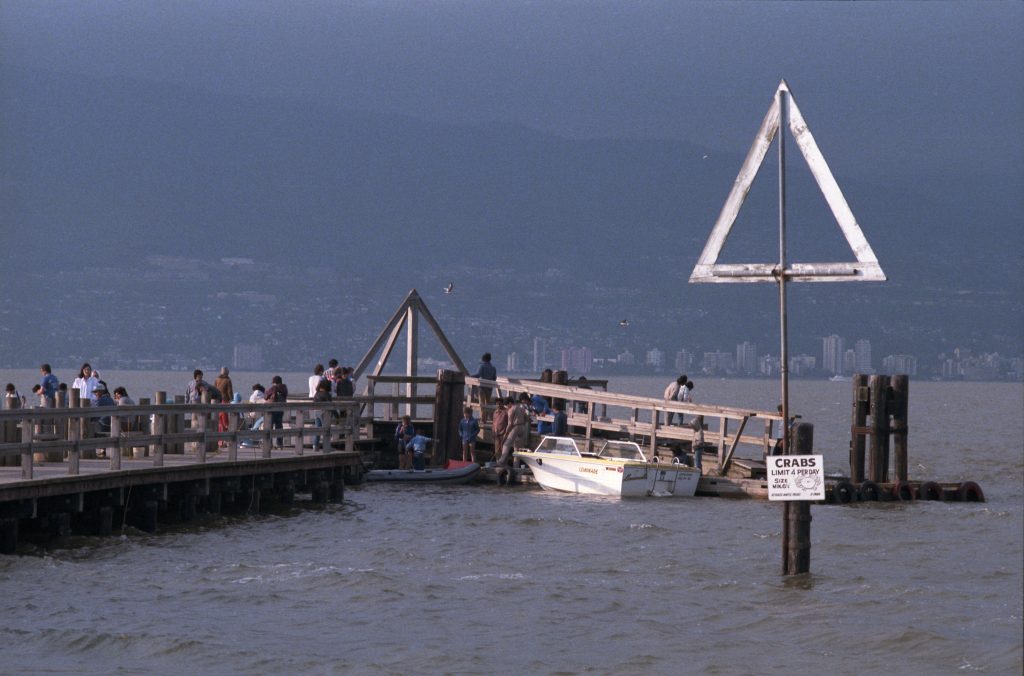 Although none of the Expo ’86 structures were funded through the Legacies Program, there are many photographs showing the grounds and buildings, including this one of the McDonald’s Barge. 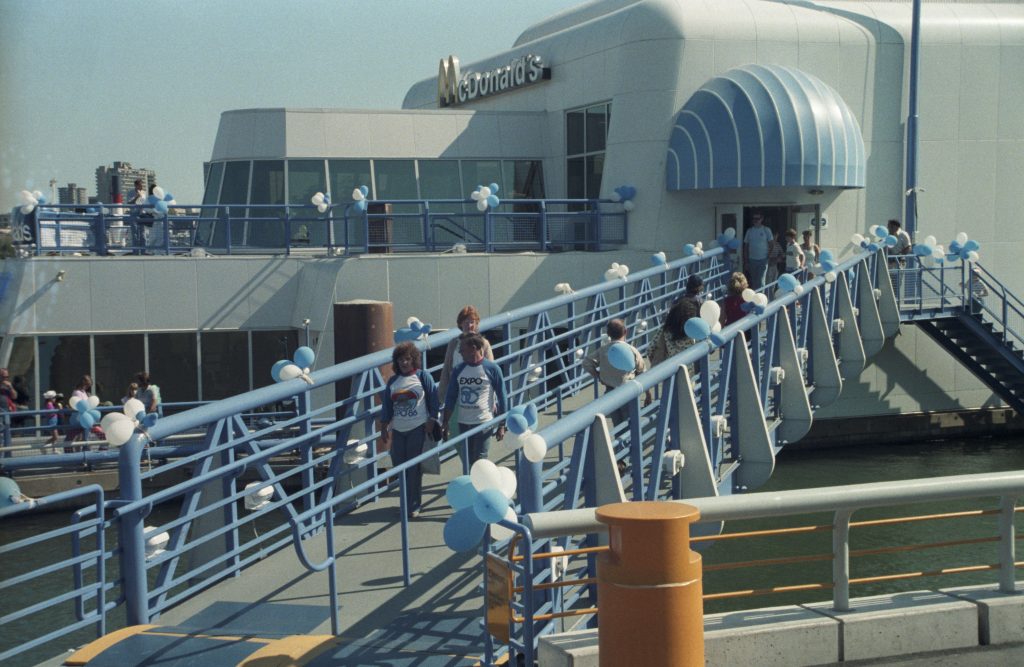 Many of the Vancouver Legacies projects such as the Flame for Peace Monument can still be seen today. We even have a video of a Kitsilano NTV broadcast showing the lighting of the first flame called Message for Peace: The Lighting of the Peace Flame Monument. This video is under third party copyright, but is viewable for research purposes in person in our reading room.

Next time you are out and about see if you can spot any of Vancouver’s Legacies!

Written by: Kristy Waller
This entry was posted in Digitization, Holdings and tagged digitization, Expo 86, photographs. Bookmark the permalink.