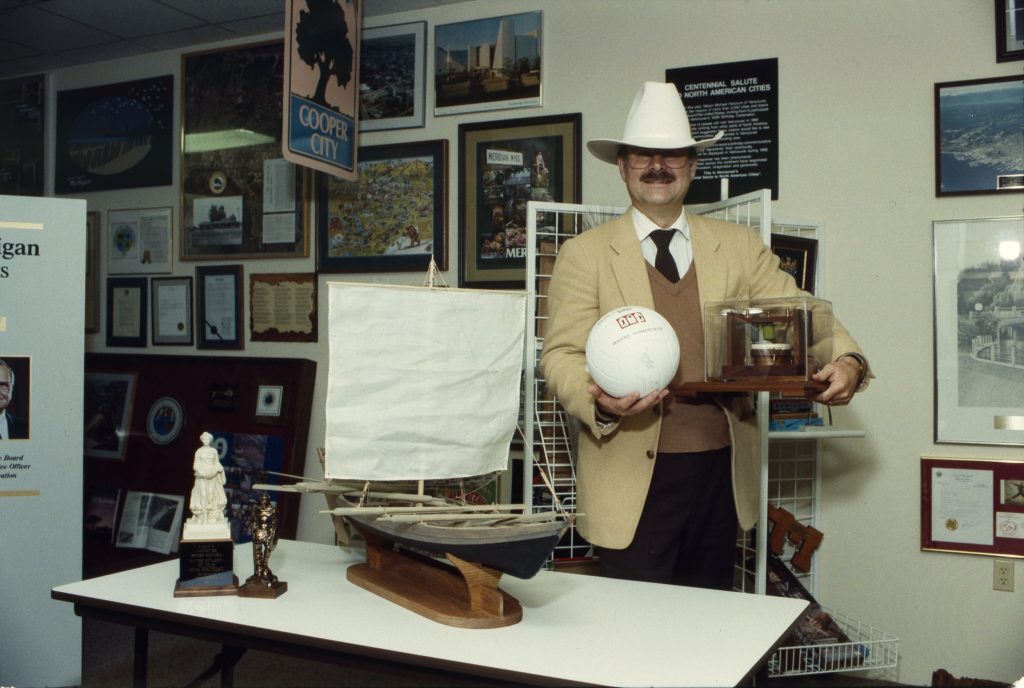 We’ve written about the Centennial Commission records before. Now you are able to see photographs of the events and activities sponsored by the Commission. They document a wide variety of activities, such as sporting events, community events, awards ceremonies, birthday parties and the antics of Tillicum the otter mascot. There was a lot more happening in Vancouver in 1986 than just Expo. END_OF_DOCUMENT_TOKEN_TO_BE_REPLACED

Today is Incorporation Day, marking 130 years since the City was officially incorporated. The City of Vancouver is 130 years old! 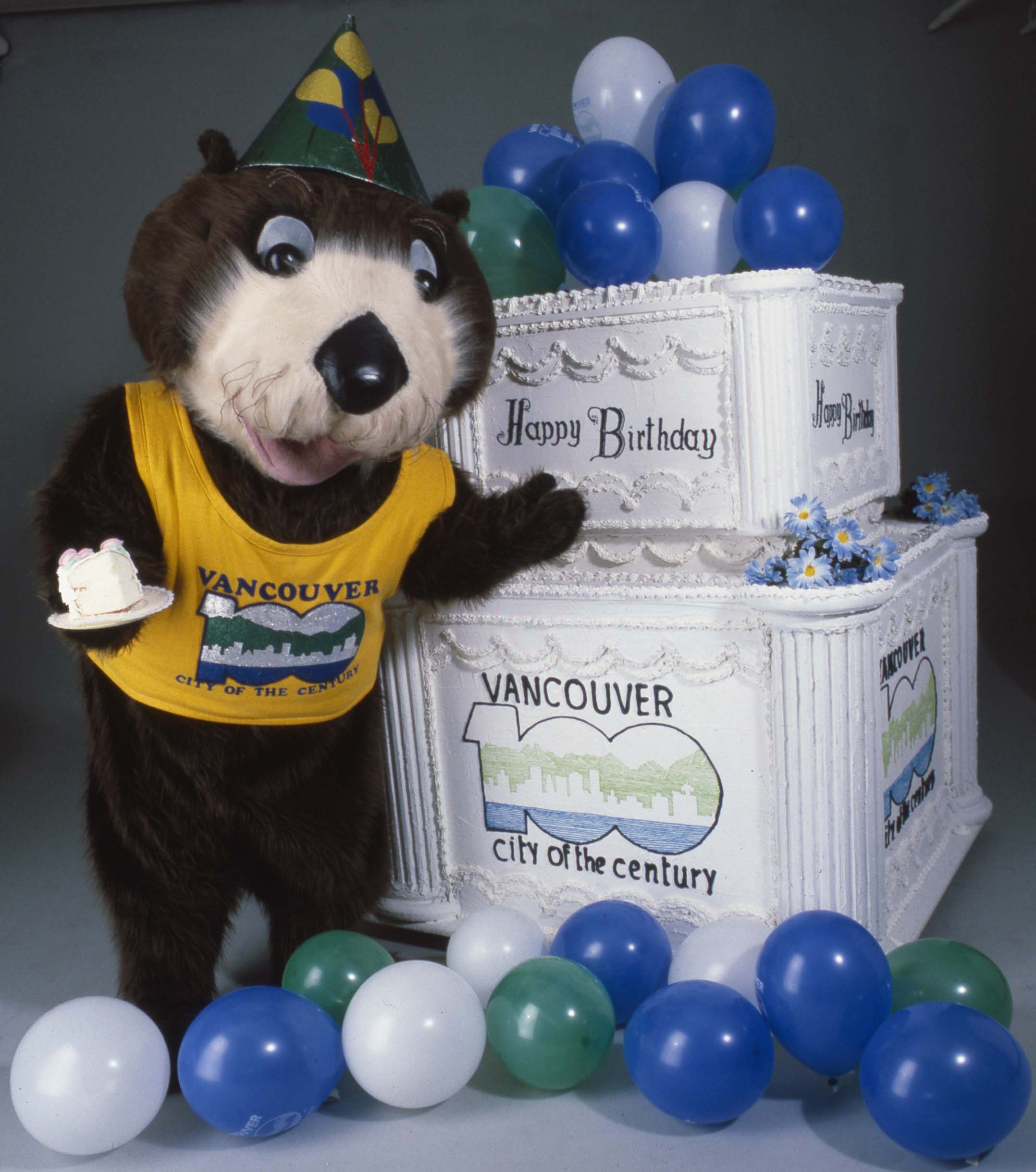 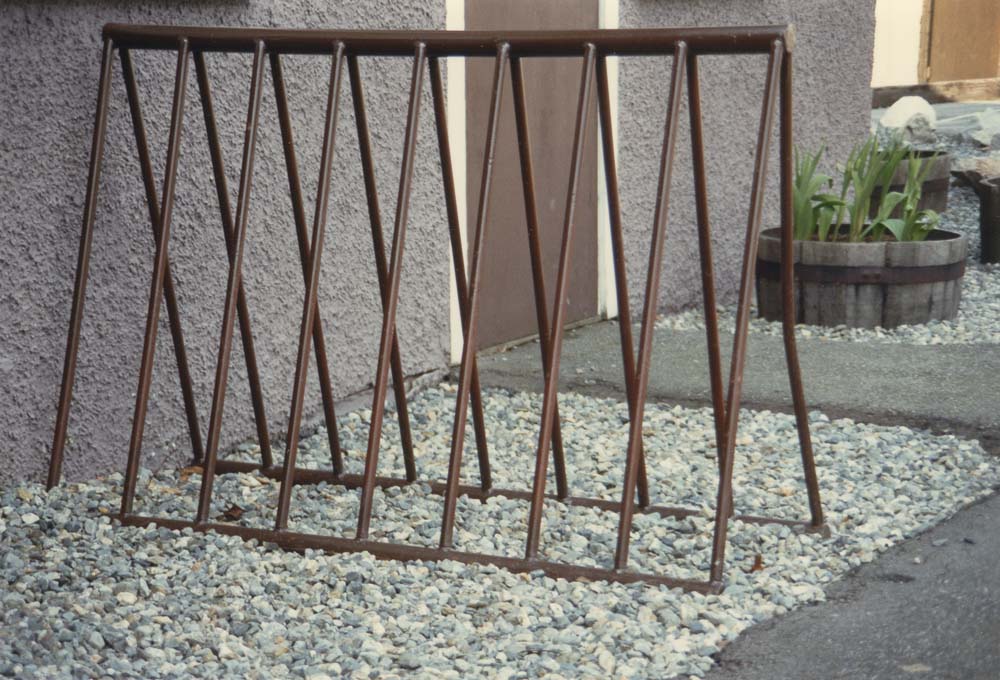 In addition to that project, we will be digitizing photographs from the City’s Legacy Program. This program was designed to enhance civic infrastructure (for example, by painting and lighting the Burrard Bridge) and to embellish the City with public art, amenities and signage. 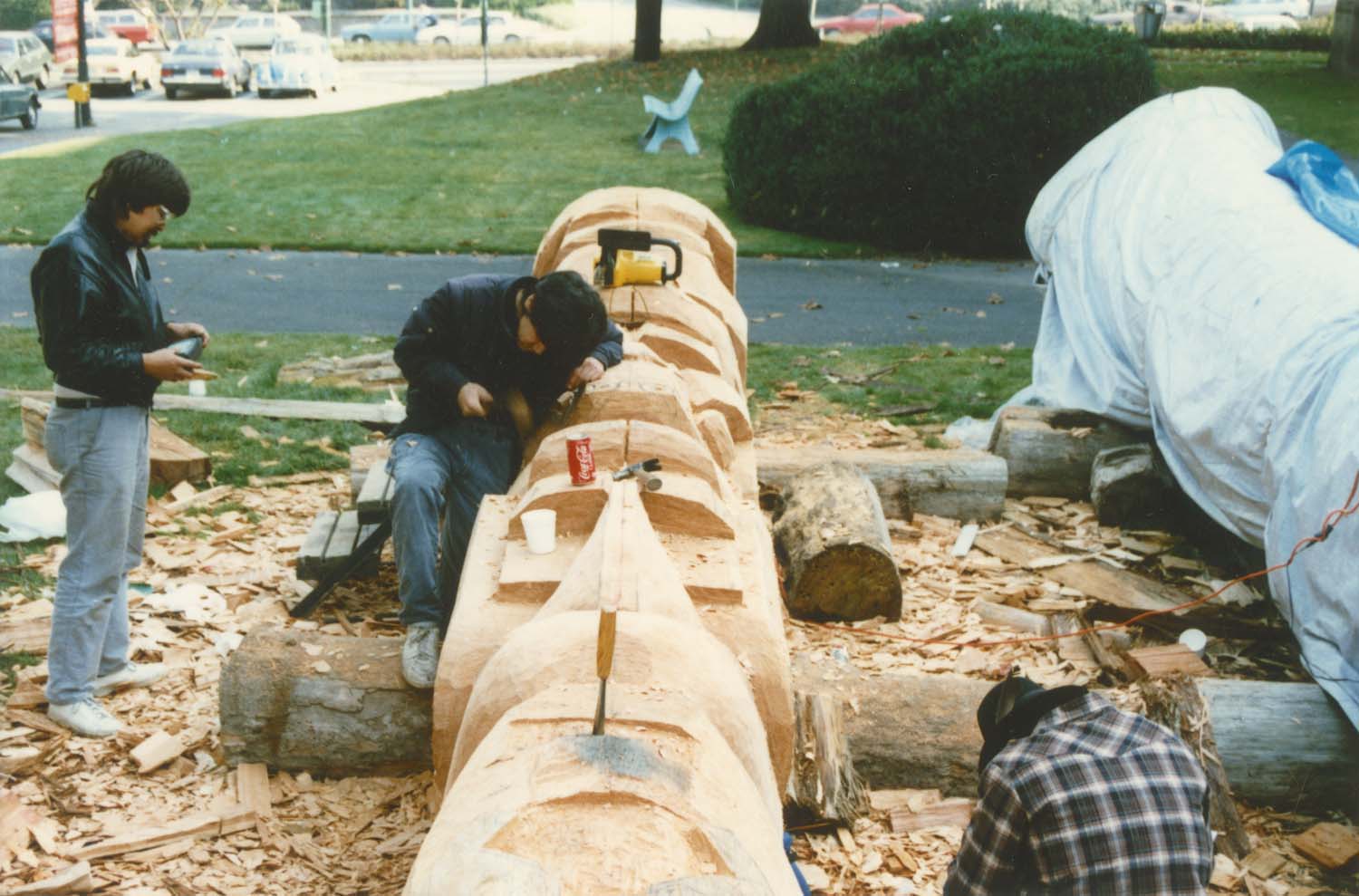 We’ll be making these available as quickly as we can, releasing them in batches as they are ready, so that you can use them as soon as possible. Watch this space—we’ll let you know!

Stirrup pants, shoulder pads and crimped hair were all the rage. Madonna and Culture Club topped the music charts, and Top Gun was number one at the box office. It was 1986 and it seems that Eddie Murphy’s girl wasn’t the only one that wanted to “Party all the time.” Vancouver welcomed the world in May with the World Exposition on Transportation and Communication (Expo ’86), but Vancouverites had an additional reason to celebrate: the City’s 100th birthday on April 6th. 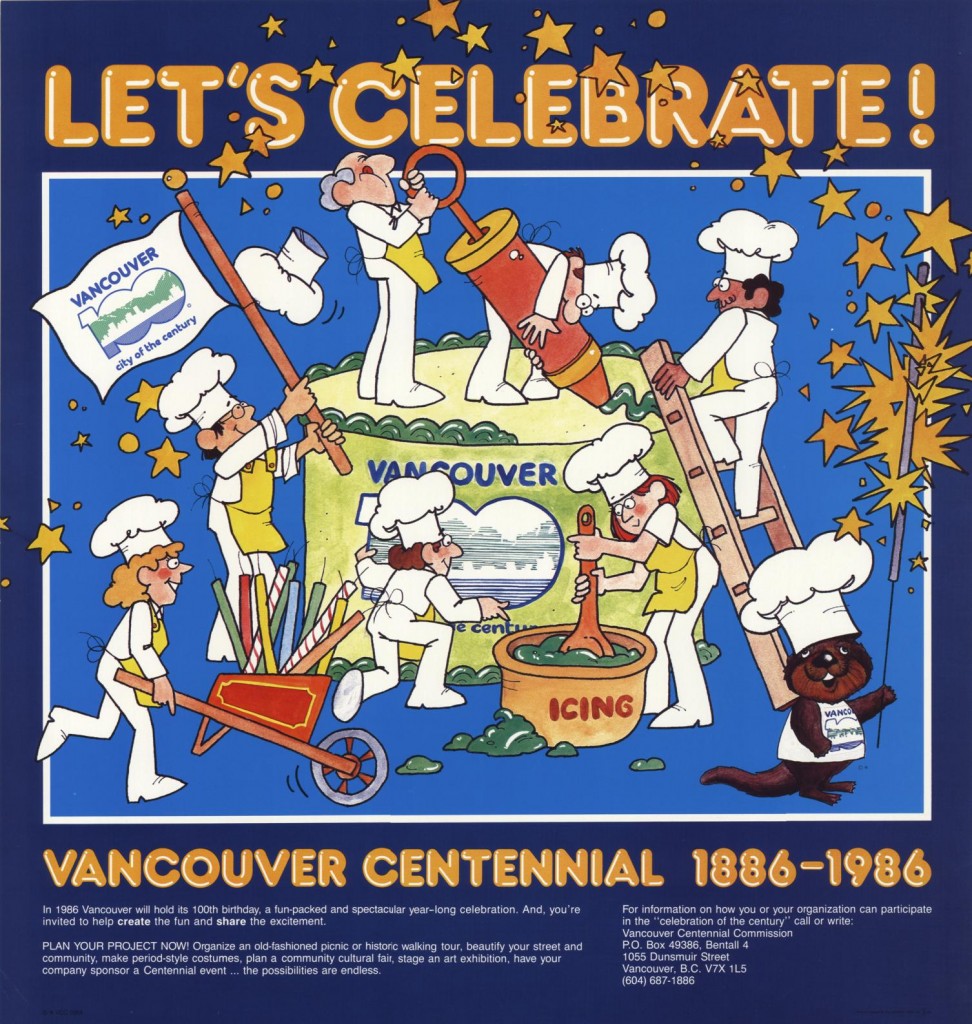