Cellulose acetate film, also known as safety film, is well-known for its tendency to chemically self-destruct. The cellulose acetate plastic film base deteriorates over time, releasing acetic acid, which leads to the embrittlement and shrinkage of the plastic base. The term, Vinegar Syndrome, is used to describe this chemical breakdown as the film starts to smell like vinegar. (Vinegar is a 5% acetic acid solution in water.)

The negatives above show the classic channeling and buckling associated with Vinegar Syndrome. Obviously, cellulose acetate negatives in this condition render the image very difficult to see and can result in losses to the emulsion.

Emulsion stripping is a conservation treatment used to separate the gelatin pellicle or emulsion from the plastic film base. This is a risky treatment as a successful emulsion separation is not guaranteed. Because of this, it is only undertaken for negatives where the channeling and buckling obscures the image to such an extent that the image is unreadable. It’s a treatment we do only as a last resort, and we prefer to deal with deterioration before the negatives become brittle and shrunken. Our first line of defence is our cold storage facility where we freeze negatives at -18 degrees Celsius. The cold effectively stops any further deterioration.

We recently decided to perform this treatment on some negatives being digitized under a grant from the Friends of the Vancouver City Archives. Four 8 x 10” negatives in a particular collection were in extremely poor condition and, as a first step, we scanned the negatives in their deteriorated state so that a permanent record of the negatives could be made. This is an example of one of them. 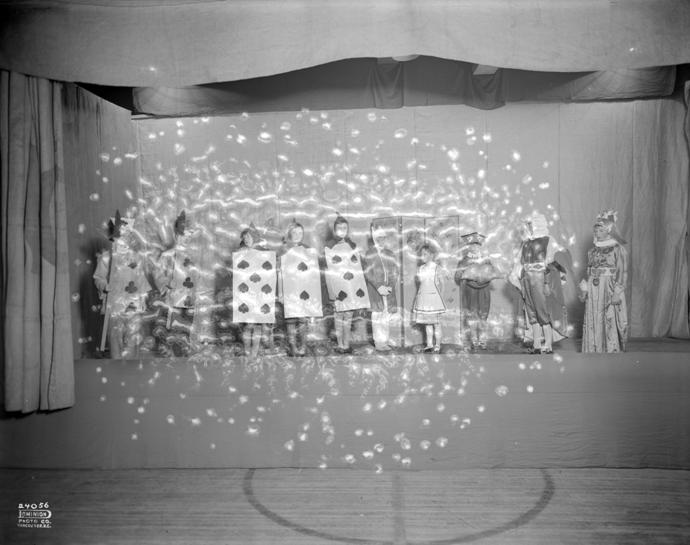 The same negative in raking light clearly shows the plastic base deterioration – and almost looks like a scan of the brain! 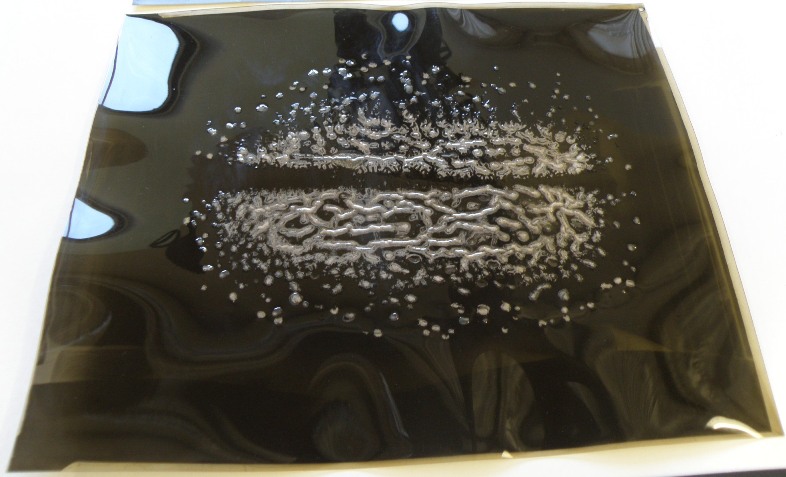 Emulsion stripping involves placing the negative into successive solvent baths to enable the emulsion separation to occur. Here’s what the negatives looked like in one of these baths. 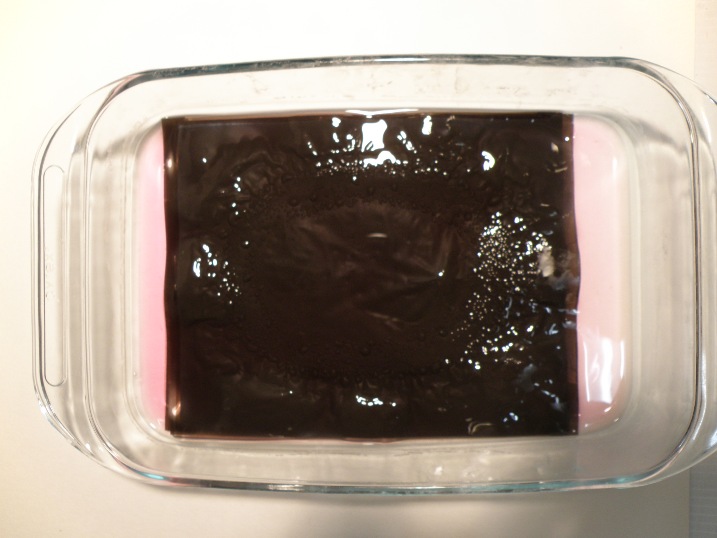 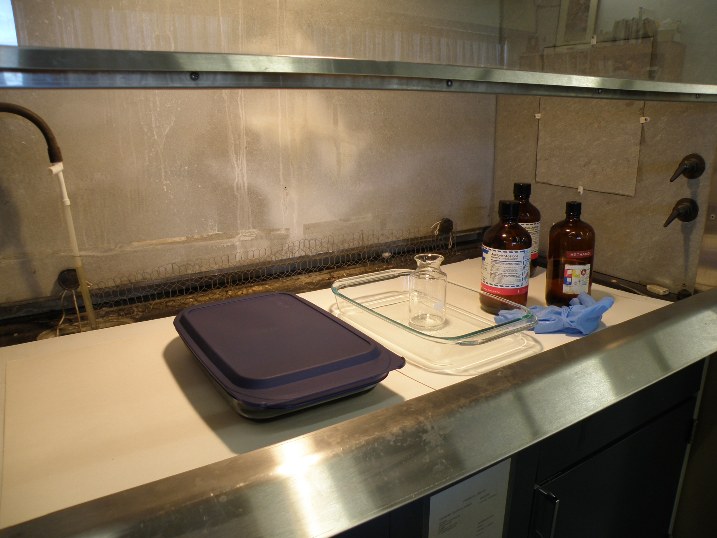 The four negatives undergoing treatment are reacting slowly in the first solvent bath. The first bath is where the initial emulsion separation occurs. Our negatives may need a little physical manipulation to assist with the separation, but we’re hoping that the treatment will ultimately be successful.

Once the emulsion is stripped from the deteriorating cellulose acetate base it is placed between two sheets of Mylar and immediately scanned. The stripped emulsion/pellicle is surprisingly strong! Once scanned it is transferred to an archival storage paper folder that passes the Photographic Activity Test.

Emulsion stripping can be a risky treatment but it can result in a stable, flat emulsion that allows the image to be scanned and clearly seen. It will be a few weeks before we know if our latest attempts will be successful. We’ll keep you posted.

5 thoughts on “Vinegar: the scent of self-destruction?”