Posted on August 2, 2012 by Cindy McLellan | Leave a comment

Whitehorse was the location of this year’s Association of Canadian Archivists conference. Archivists from as far away as Brazil and New Zealand joined Canadian archivists for three days of learning, sharing, networking and debate. The theme of the conference was ‘Archival Gold.’ We were privileged to have Dr. Ken Coates, who grew up in Whitehorse, begin the first morning with a wonderful keynote speech sharing his historical knowledge of Canada’s North, his appreciation of Archives as rich sources of much of that knowledge, and the importance of teaching history to children. 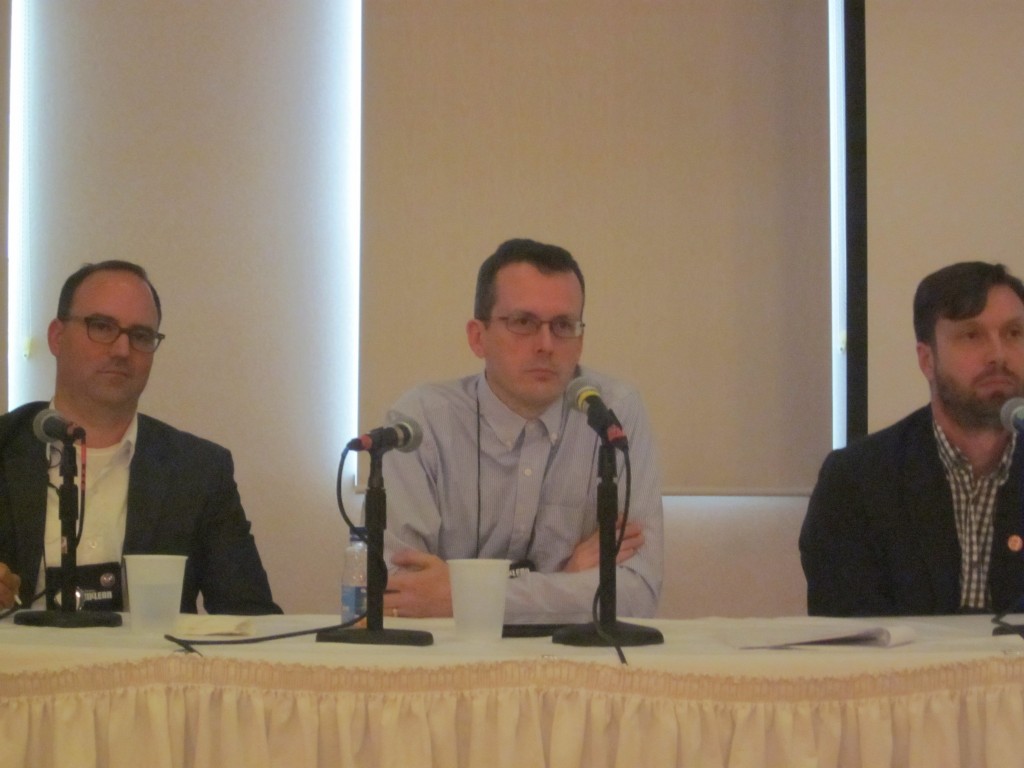 Jeremy Heil, Glenn Dingwall and Peter Van Garderen answering questions at the end of their session. Photo by Cindy McLellan

The City of Vancouver Archives was again well represented at the ACA conference. Digital Archivist Glenn Dingwall was part of the panel session Developing Digital Information Infrastructure for Canadian Archives and spoke about the policy and planning decisions made at the Archives that were necessary to transition from a digitization program to a full-blown digital preservation program. Project Archivist Cindy McLellan (self-funded) shared with fellow archivists the workflow we have developed for preserving video materials digitally, using the Yaletown Productions fonds as an example. 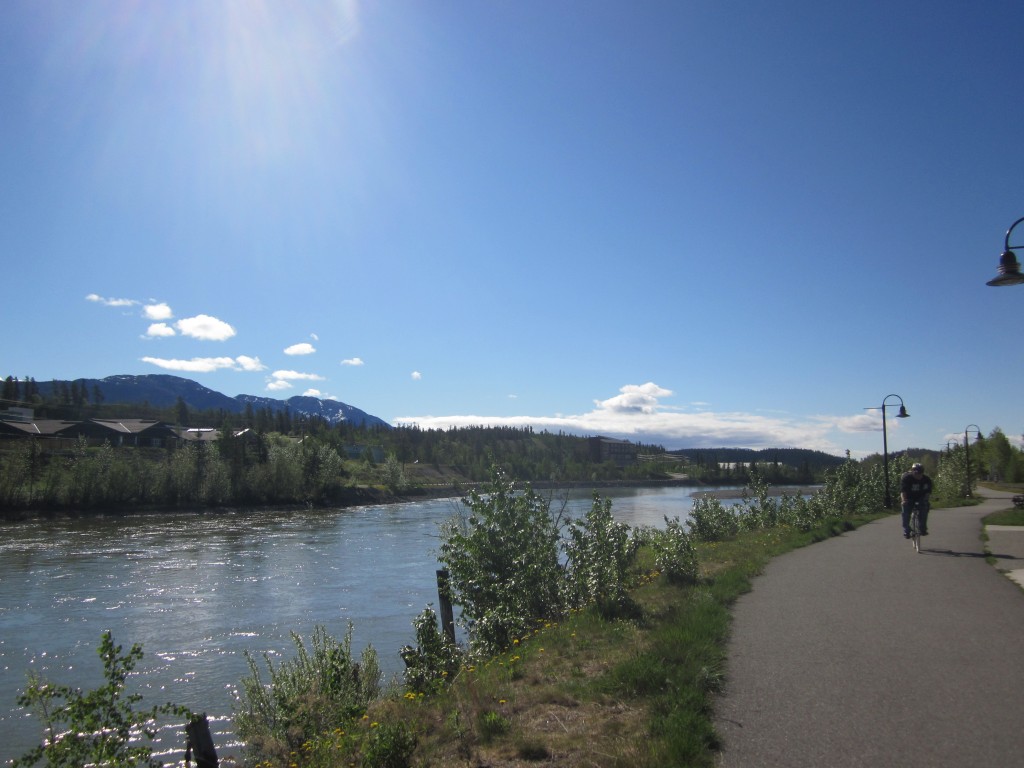 Just steps from the conference hotel is the Yukon River and lovely walking trails. Photo by Cindy McLellan

The conference was packed with great presentations and innovative ideas. Some highlights include:

A major theme that linked many sessions was collaboration—both among archives, and between archives and their users—and the use of technology to facilitate these collaborations. This theme had added relevance given the conversation among conference attendees about the detrimental effects cascading through the entire Canadian archival system as a consequence of recent funding cuts to Library and Archives Canada, and the elimination of the National Archival Development Program. 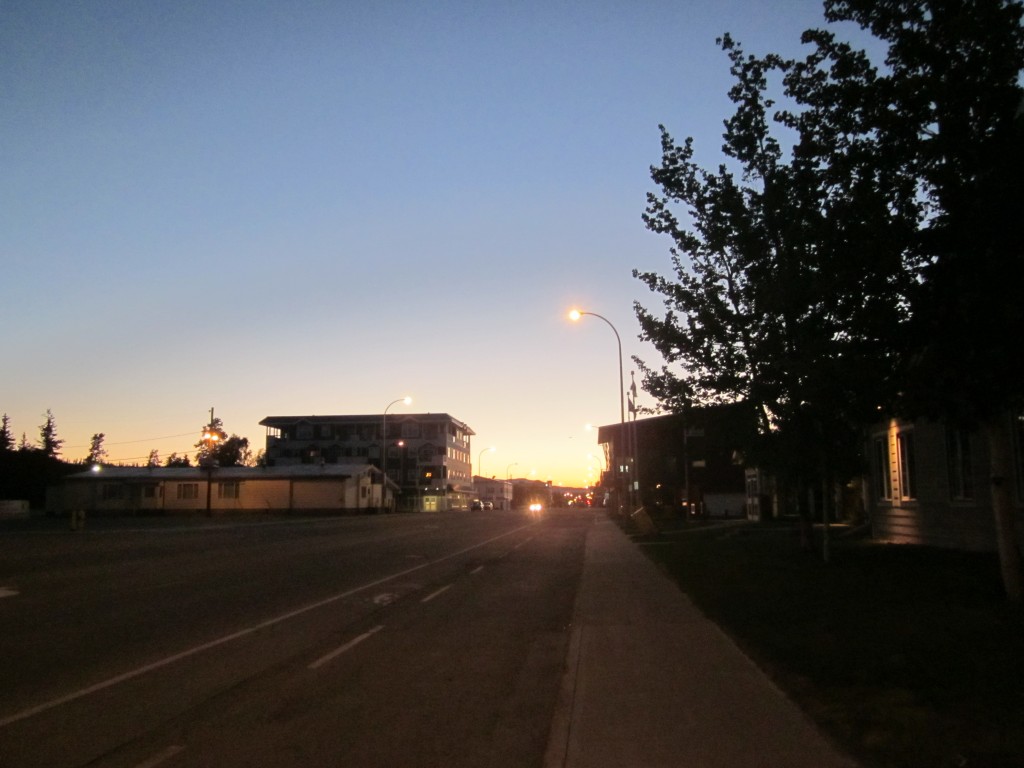 Downtown Whitehorse, time: 1 a.m. Yes, it really is the land of the midnight sun. Photo by Cindy McLellan

Sessions around the collaboration theme included one about the effective use of social media by archives (Mining for Gold in the Archives: Use of Social Media to Uncover the Mother Lode); a panel discussion on how individual archives could work together to build a shared digital preservation system (Developing Digital Infrastructure for Canadian Archives); how provincial archival associations are implementing open-source software for maintaining their archival description databases (AtoMs of Gold); and examples from Quebec and New Zealand of archives entering into partnerships with the larger community (Collaboration: The Golden Link). 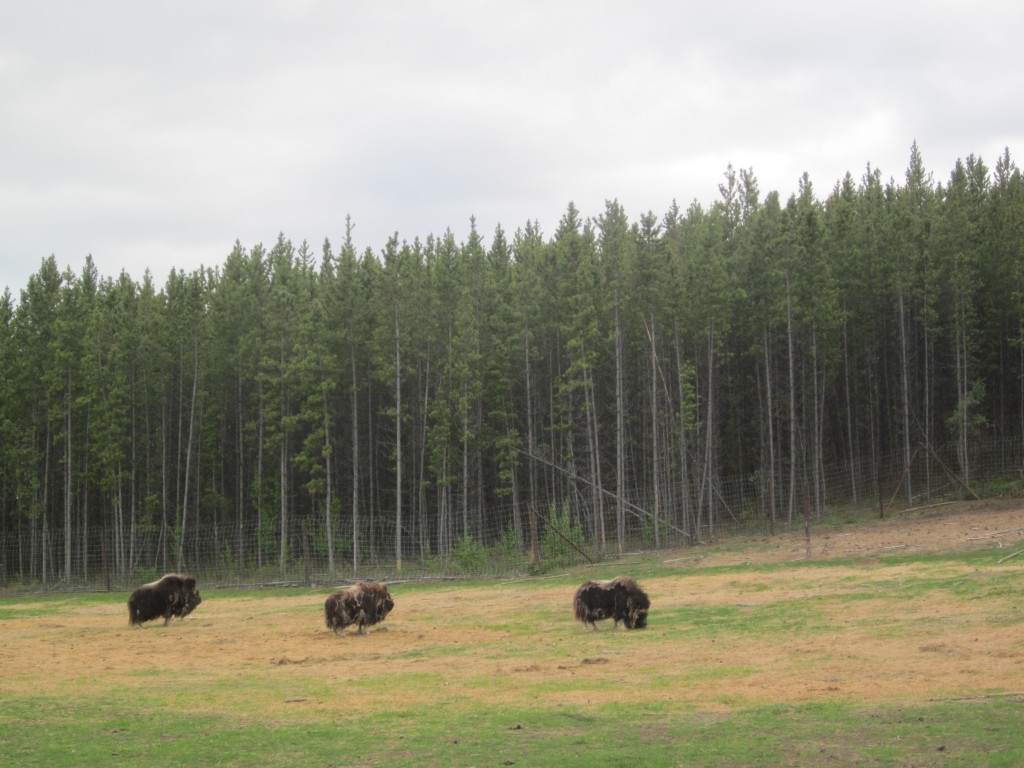 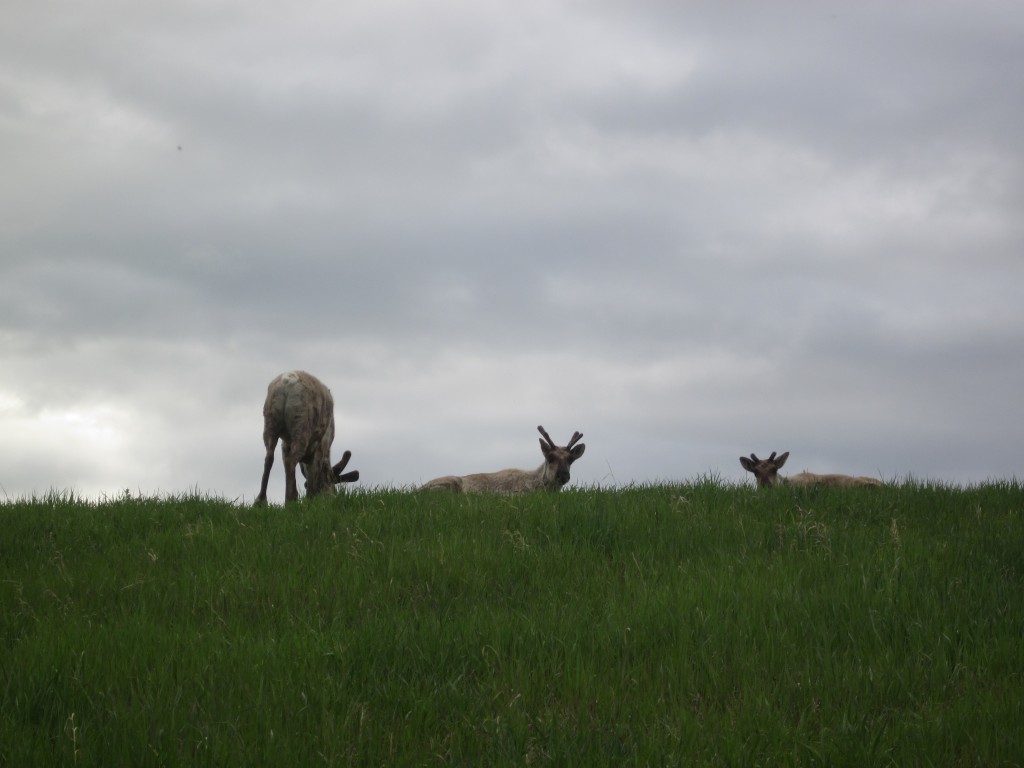 Some young male caribou checking out the tourists. Photo by Cindy McLellan 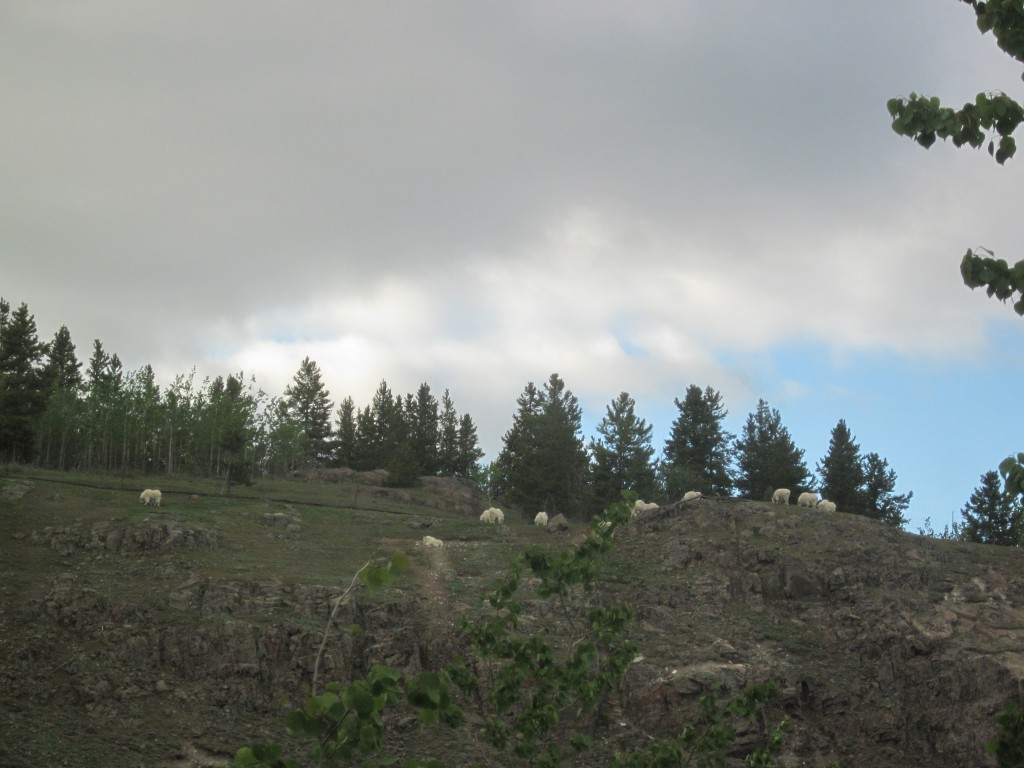 The wildlife preserve features varied terrain, and includes wetlands for moose and waterfowl as well as cliffs for these mountain sheep. Photo by Cindy McLellan

One evening a group of archivists had the opportunity to leave the city and experience some Yukon wildlife. The Yukon Wildlife Preserve is home to 10 species native to the Canadian North (other animals could not survive the winters) and features 700 acres of varied land to accommodate the needs of all of these animals. The muskoxen and the caribou are species that survived the ice age and it was a thrill to see them in their natural habitat.

Whitehorse was a wonderful setting for this year’s conference. The program was first rate, and the accompanying social events were entertaining and enjoyable. Congratulations to the conference organizers for putting on an outstanding conference.

Softball Update: Despite the constitutional crisis that nearly unfolded when Manitoba was designated as part of Eastern Canada for the annual ACA East-West softball game, the coveted Doughty Cup remained safely in the hands of the West. Sports experts predict the Cup is likely to remain in the West for many years to come. </gloating>

Written by: Cindy McLellan
This entry was posted in Archivy, Digital Archives and tagged ACA. Bookmark the permalink.