We’re delighted to announce that even more legacy versions of the City’s open data sets are now available for download through our online database.

Back in November 2017 we released the first batch of sets, spanning October 2014 to April 2016. For basic information on how to access and download the data sets, please take a look at our post from November 2017.

The most recently added sets include the earliest versions we have, grabbed in November 2010. 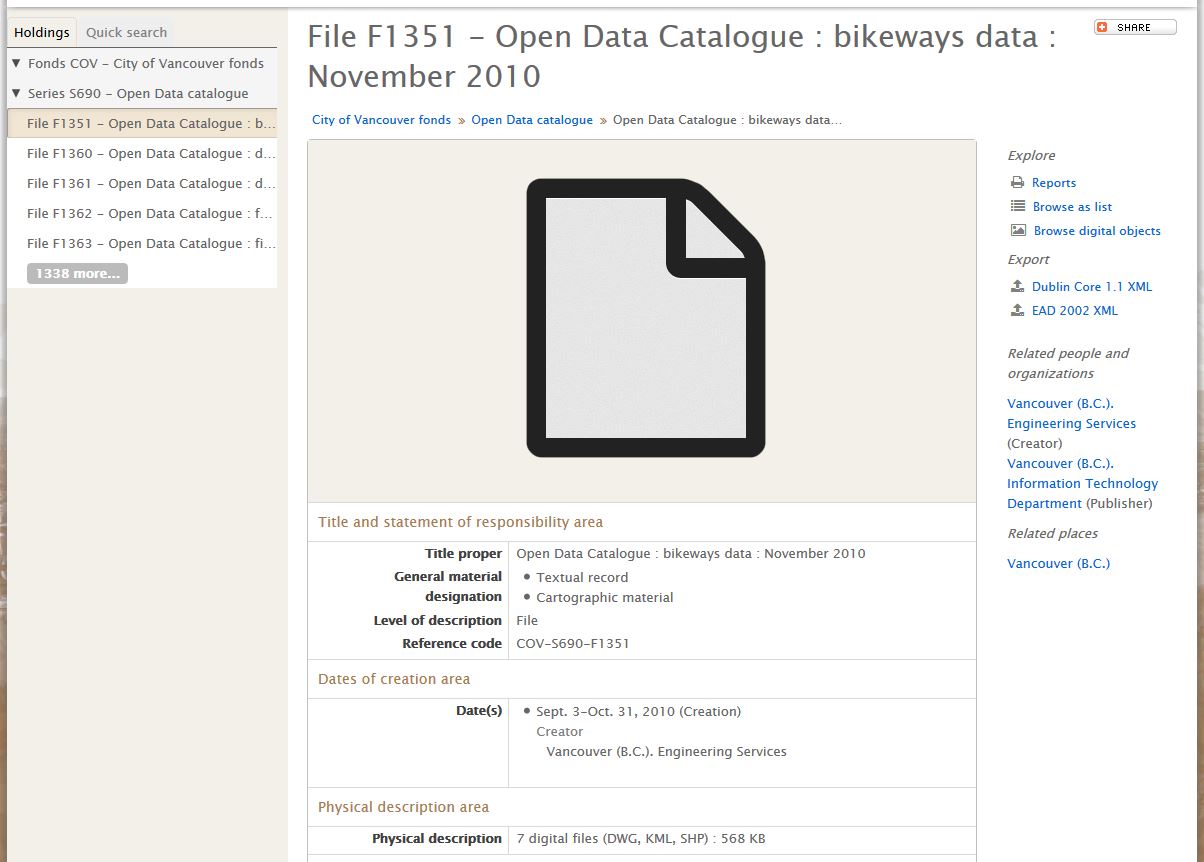 END_OF_DOCUMENT_TOKEN_TO_BE_REPLACED

We’re very pleased to announce that legacy versions of the City’s open data sets are now available through our online database.

The City of Vancouver’s Open Data Catalogue has its roots in the “Open3” motion (Open Data, Open Standards and Open Source) passed by Vancouver City Council in 2009, which declared the City’s endorsement of the principles of open and accessible data, including the free sharing of data with citizens, businesses and other jurisdictions without compromising privacy and security. Part of the City’s response to the motion was the launch of the Open Data website in September 2009. In 2011, the City of Vancouver was recognized by BC Business as the Most Innovative Organization in BC for the open data initiative. 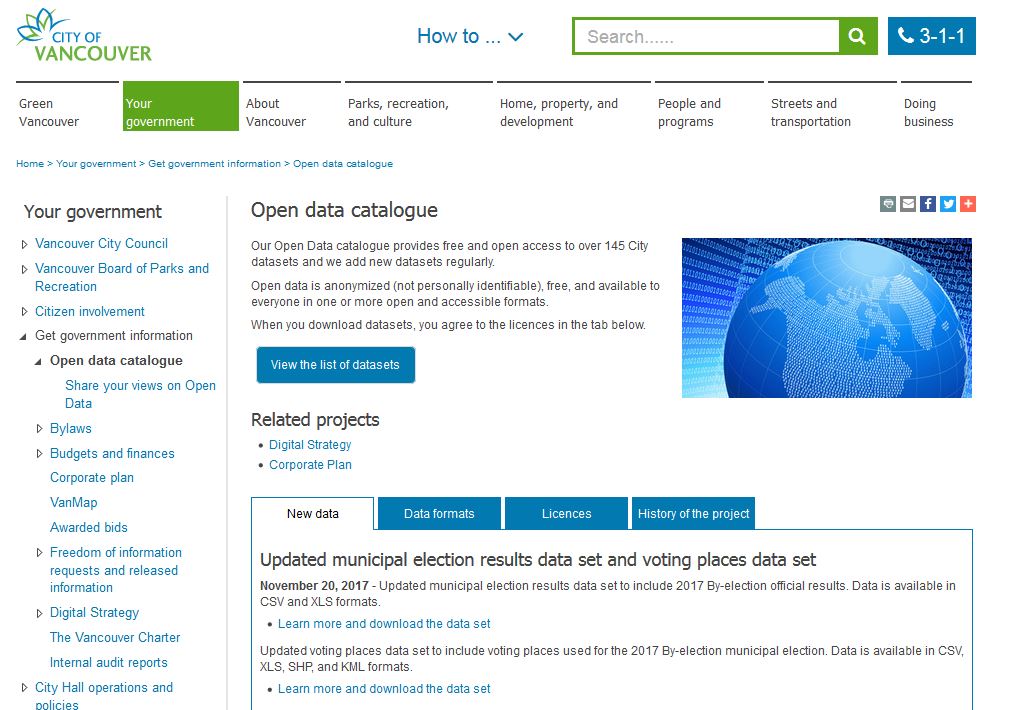 British Columbia’s strong and growing open data community uses raw City data, alone or in combination with data from other sources, to identify, analyze, and present solutions to challenges facing citizens of Vancouver and BC. The data sets on the Open Data Catalogue are updated on an ongoing basis (the refresh rate varies across sets). Recognizing that retaining historical data would enable the community to identify trends and changes across time, resulting in richer analysis of civic issues, the Archives began to grab snapshots of the datasets – first semiannually, then quarterly – in order to preserve the overwritten data sets and make them available to the public. END_OF_DOCUMENT_TOKEN_TO_BE_REPLACED 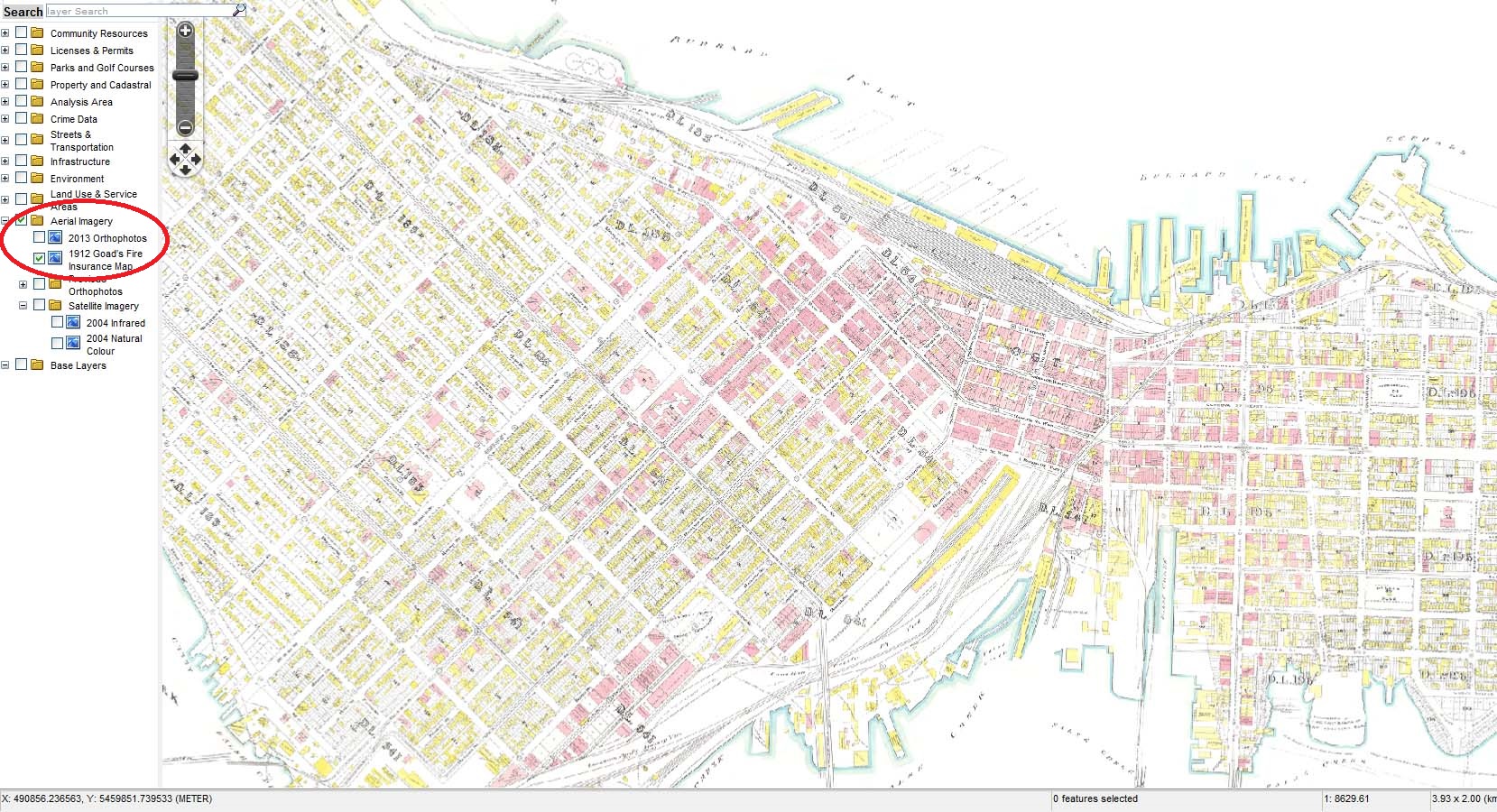 The Vanmap layer, zoomed to downtown.