Fire insurance maps are created to depict information used to determine fire insurance liability. These maps typically include information on the materials used in a building and, for commercial buildings, the business that operated there if that use affected fire risk. This map was created by collecting information from approved Registered Plans filed with the Land Registry Office and on-site surveys. The plates, which are not all to the same scale, were bound into volumes and were originally used one page at a time: they were not made to be used as one large plan.

Although other companies created Fire Insurance Maps, the Charles E. Goad Company had an exclusive agreement starting in 1911 to supply maps for the Canadian Fire Underwriters’ Association. Goad’s maps are the ones most often found in Canadian archives. Historical fire insurance maps are used today to aid research into the histories of neighbourhoods and individual properties, particularly the changes in site use over time.

The Vanmap layer includes only the portion of the map within the boundaries of present-day Vancouver, although the published map shows other municipalities.

What kind of information does it contain?

The map shows many types of information in detail.

The original shoreline, where it differs from the 1912 shoreline, has been drawn in dashed lines, as have proposed future developments. You may have to turn off the Vanmap Shorelines layer to see all of the shore information.

Electoral Ward information appears on the map. At the time, Vancouver used a ward system. BC Electric Railway lines are also shown.

The map contains many different numbers but they are easy to distinguish from each other. Some of the numbers on the map refer to where the information on the map came from, some refer to the legal land descriptions of the lots, and some are descriptive information about the lot itself.

District Lots are subdivided into Blocks, each with its own number.

Blocks are divided into individual lots. Lots on the map can have multiple numbers drawn in or next to them. Numbers written in the centre of the lot represent the Lot Number component of the legal land description. Lot numbers can be a combination of digits and letters, if the initial lot has been subdivided after initial registration.

Numbers written along the inside perimeter of the lot show the lot dimensions. In areas where lots were a standard size, such as in some parts of downtown, some dimensions may be depicted as ditto marks (“); this means that dimension is the same as the lot above or to the left. Check along the row of lots to find the dimension value.

Numbers written in the space depicting the road in front of the lot show the street address at the time that the lot was registered. Note that street numbers change over time, especially when lots are divided or consolidated.

The street network in areas undeveloped in 1912 reflects what municipalities might have planned to build, but in some cases did not end up constructing. Of particular note are the University Endowment Lands and south-east Vancouver, where what this map depicts bears no relation to what was actually built when those areas were developed decades later.

The 1912 map is rich with information. District Lot 301 and Hastings Townsite had both been annexed by the City of Vancouver in 1911, and old street names are shown. As noted above, the old street names used in Point Grey before 1908 are also shown.

We have all the plates for the Vancouver portion of the 1912 map, and they are in good condition. This map is in the public domain, so we are free to create with it.

What else does it have?

This map contains a few nice surprises. The old streams and creeks are shown as exposed waterways, with bridges across them at some points.

There were blocks devoted to market gardens in Point Grey.

Land was still being cleared for development. A temporary sawmill is shown in South Vancouver between Wales St. and Vivian St. and 64th Ave. and 65th Ave., near “thick bush”.

False Creek extends as far as Grandview. It was not filled in until later in the decade.

Anything there that’s not perfect?

The plates of the map were never meant to be fitted together as one large image. We’ve tried to align them with the current street grid, where appropriate, but sometimes things don’t line up. It would be expensive to make everything perfect.

Stanley Park was not included in the Vanmap layer because it’s not part of the map.

We’re releasing the georectified map through the City’s Open Data Catalogue. You can download the entire mosaic as a single zipped file in ECW format. You can also download individual polygons in both ECW and TIF formats.

We hope you enjoy strolling the virtual streets of 1912 Vancouver. Please join us at the launch this Saturday. 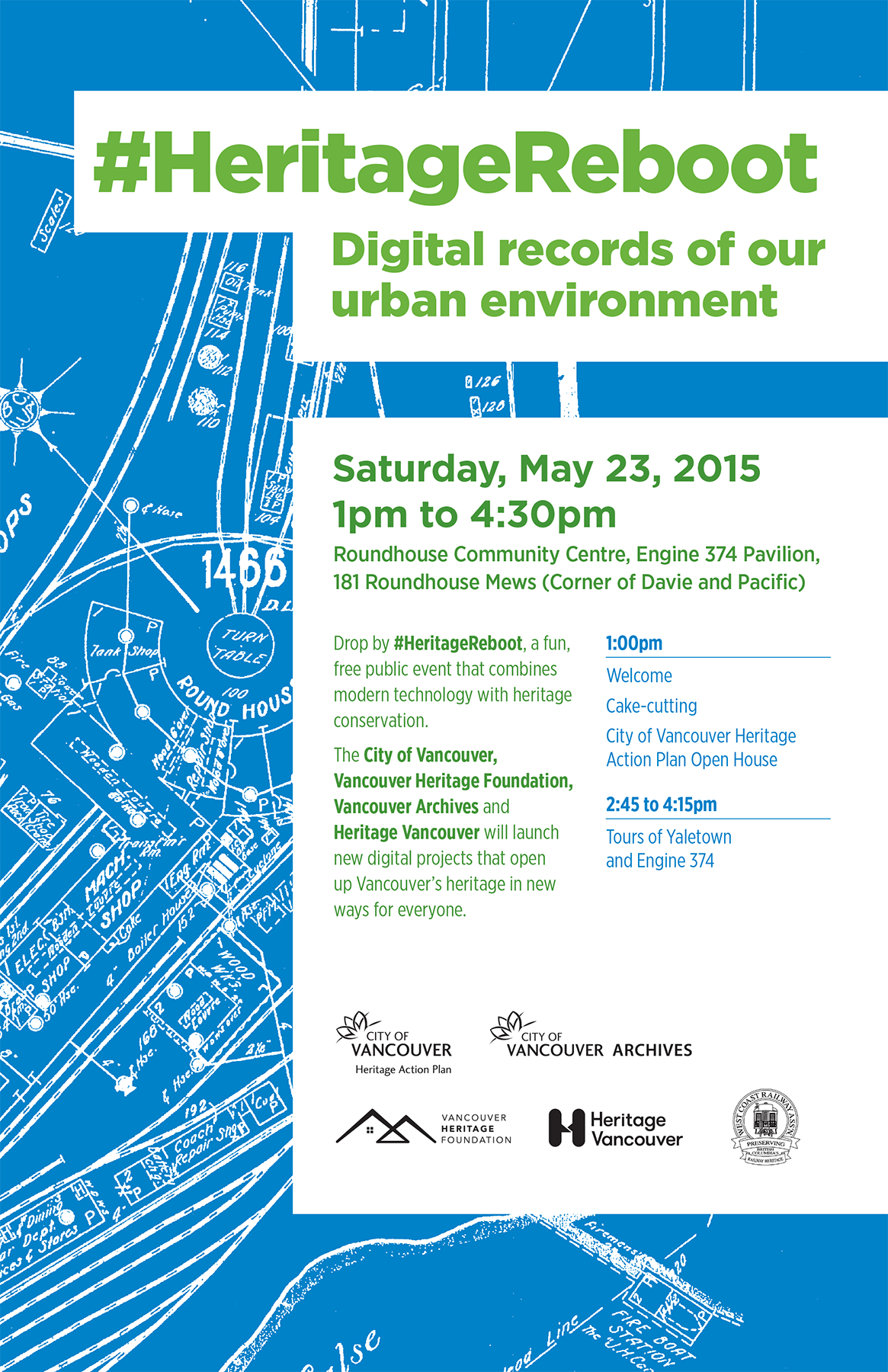