There is never a day that passes at the Archives when we don’t mention Major Matthews’ name or appreciate his legacy. While he was very much a man of his time, the fruits of his efforts to document and collect the historical records of Vancouver’s development form the cornerstone of our private-sector holdings, and the importance of his role as advocate for their continued care and preservation cannot be overstated. 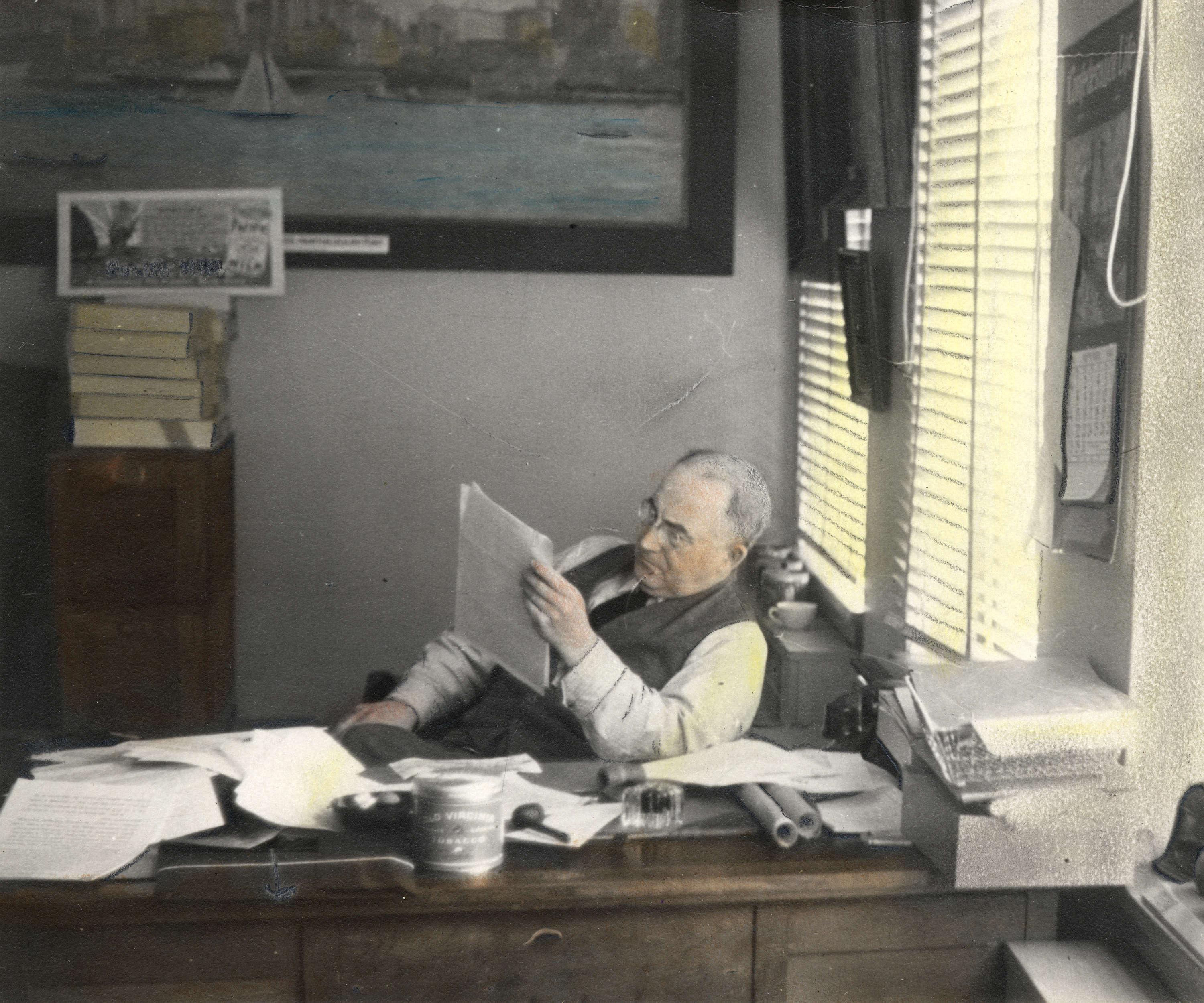 Born in Wales, September 7, 1878 and educated in Auckland, New Zealand, Matthews headed for North America at the age of 20 to make his fortune, landing in San Francisco. Moving up the coast he made brief stays in Tacoma, Seattle and Victoria, before making Vancouver his permanent home. 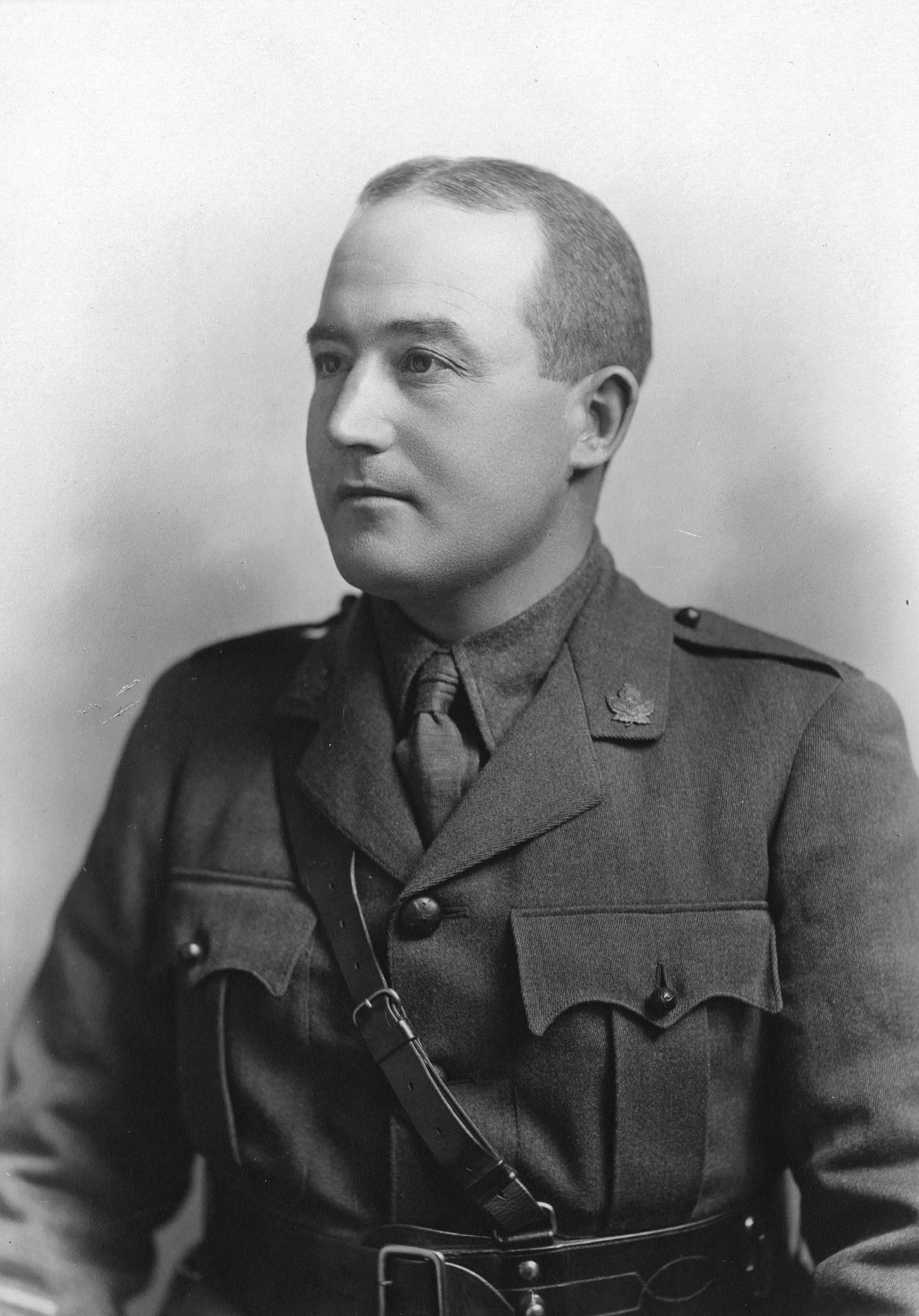 Over the course of his working life he held a variety of positions, including a 20-year stint with Imperial Oil. He joined a local militia unit in 1903 and during the First World War was transferred to regular forces. He served in Europe from February 1916 to May 1918, eventually attaining the rank of ‘Major,’ a title he would use for the rest of his life. After the war Matthews operated his own scow and tug business for a time, eventually retiring in 1924. 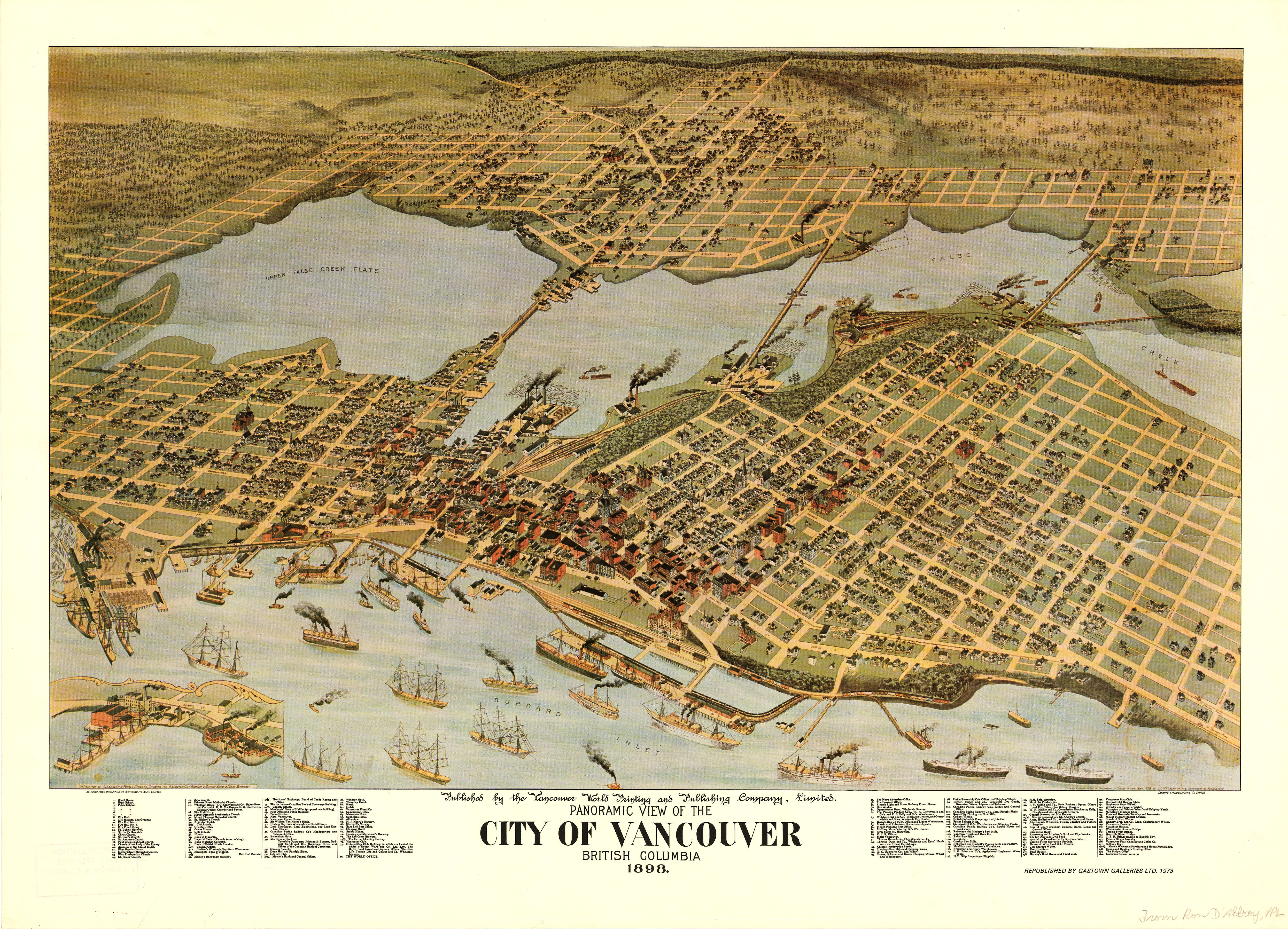 Always an avid collector of photography and ephemera, it was at this stage in the Major’s life that his full attention was turned towards the collection and documentation of the City’s history. 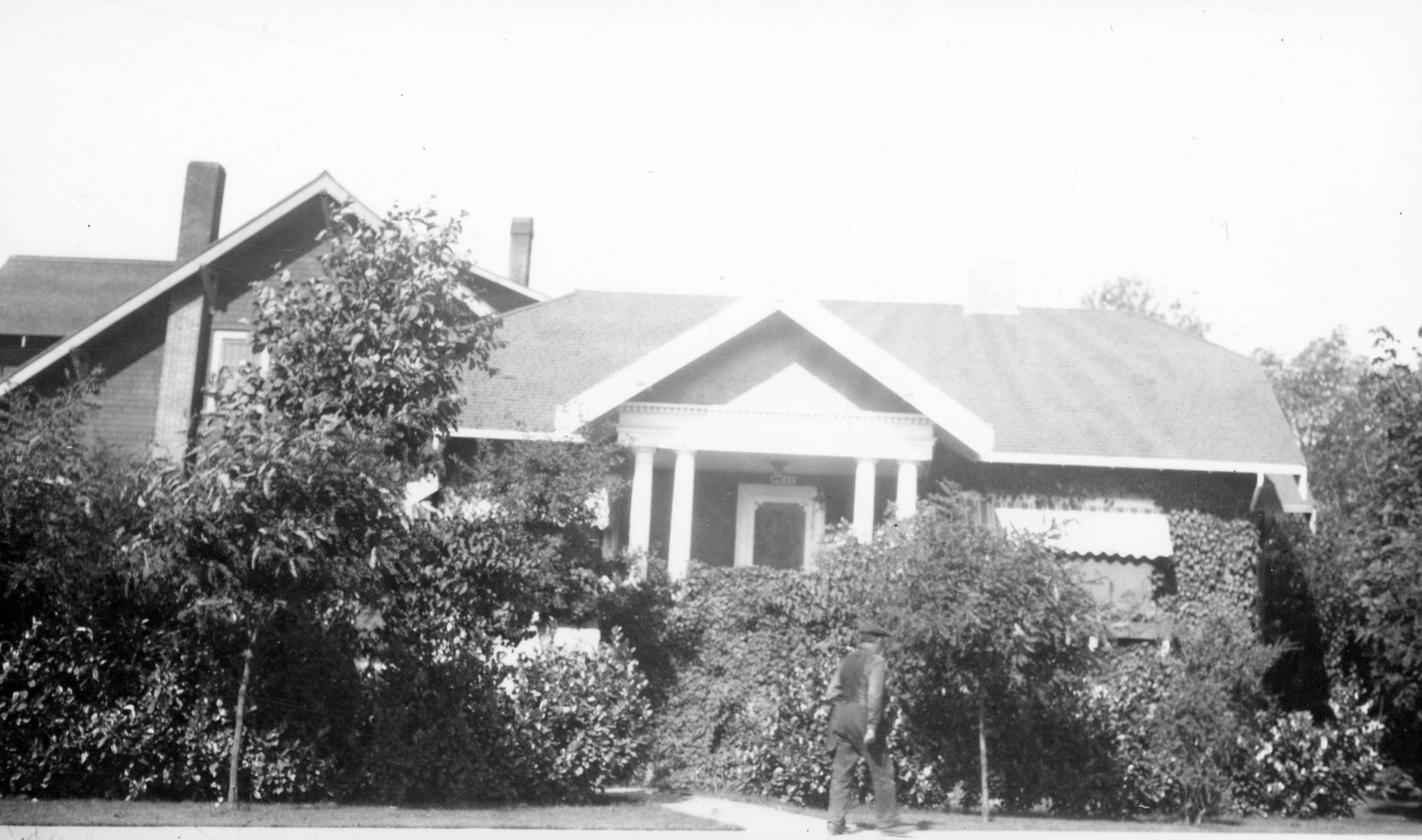 After filling every nook and cranny of his home in Kitsilano, he began a prolonged campaign to find a permanent and more appropriate home for the voluminous and steadily growing collection of documents, photographs, and other memorabilia he had amassed. He first attained space in 1931 in the attic of the old City Hall on Main Street, a location that by all accounts was cold, dirty, and inadequate for the storage of irreplaceable historical documents. City staff had relocated to temporary quarters in the Holden Building on East Hastings Street in 1929, enabling the Carnegie Library next door to use the space as an annex and reading room. The City Museum had space on an upper floor. 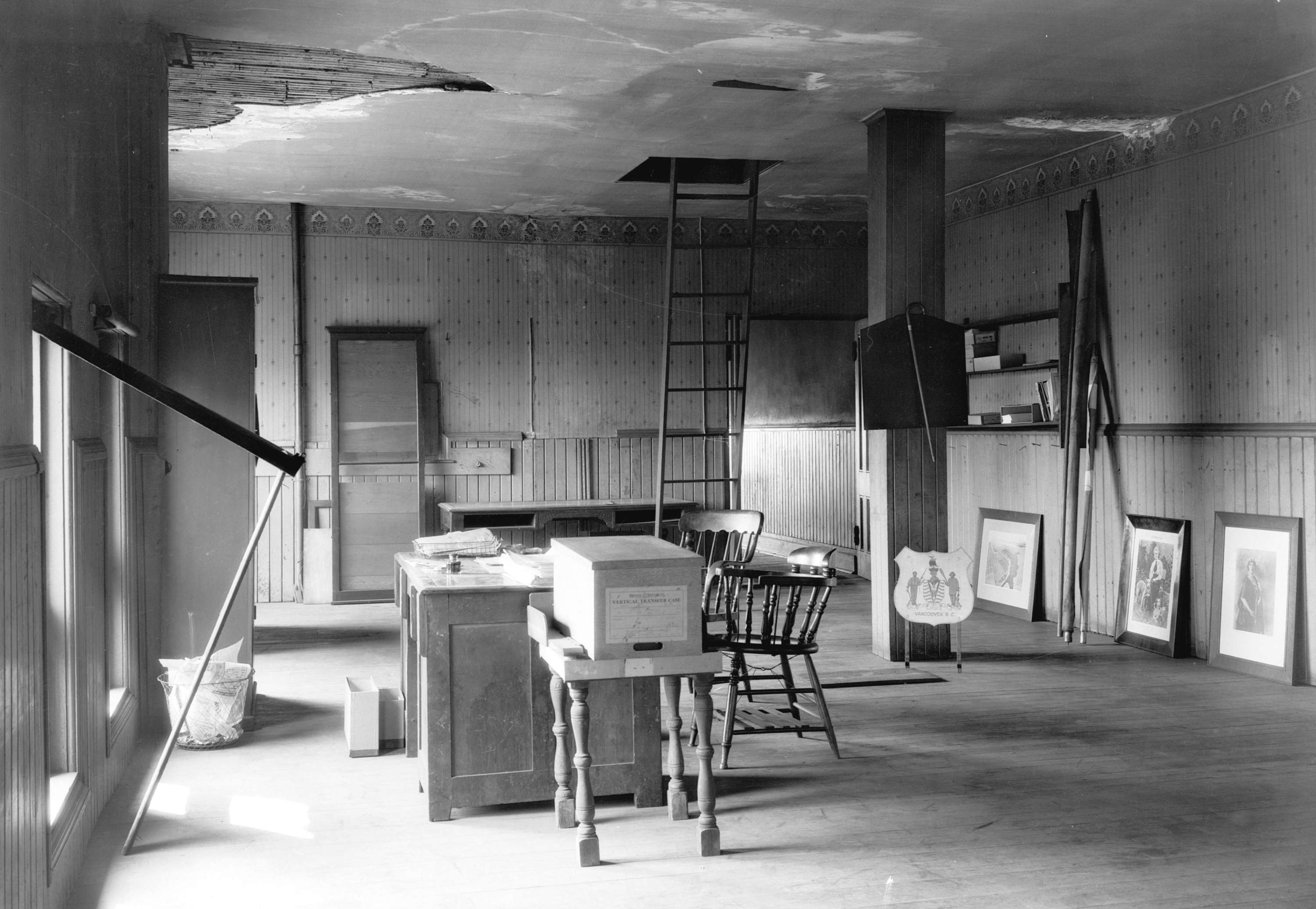 In 1933, amid public concern that Vancouver’s historical records should be preserved, and quite a bit of behind the scenes lobbying by the likes of the Provincial Archivist John Hosie (who had become a strong supporter of Matthews’ archival work) and former Mayor LD Taylor, City Council finally and unequivocally appointed Major Matthews City Archivist, making him and his work officially part of the City government. He was 55, and would hold the position until his death in 1970.

By enlisting the help and support of prominent local personalities, the Archives was moved several times. The first was in 1933 to the temporary City Hall in the Holden Building on East Hastings. 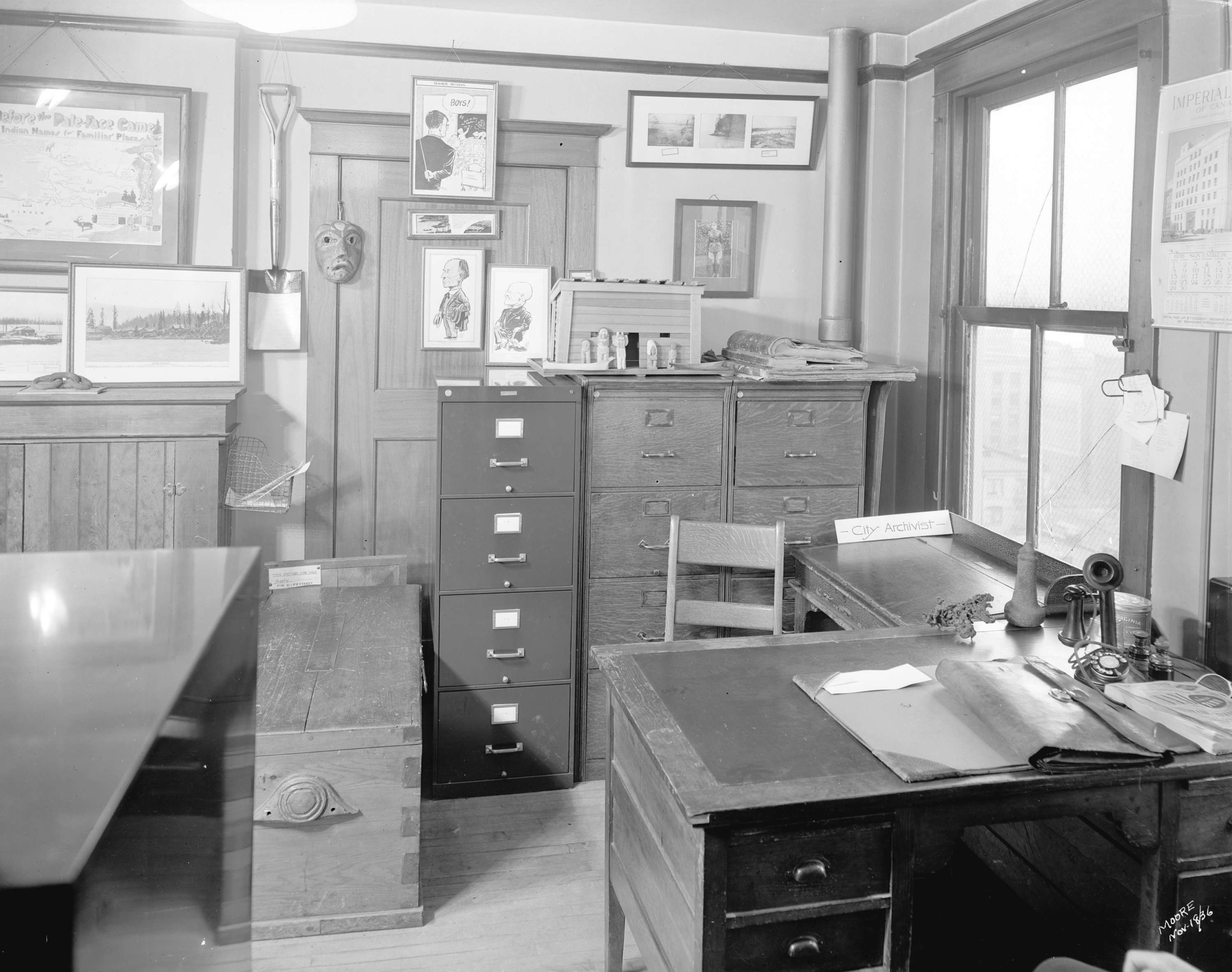 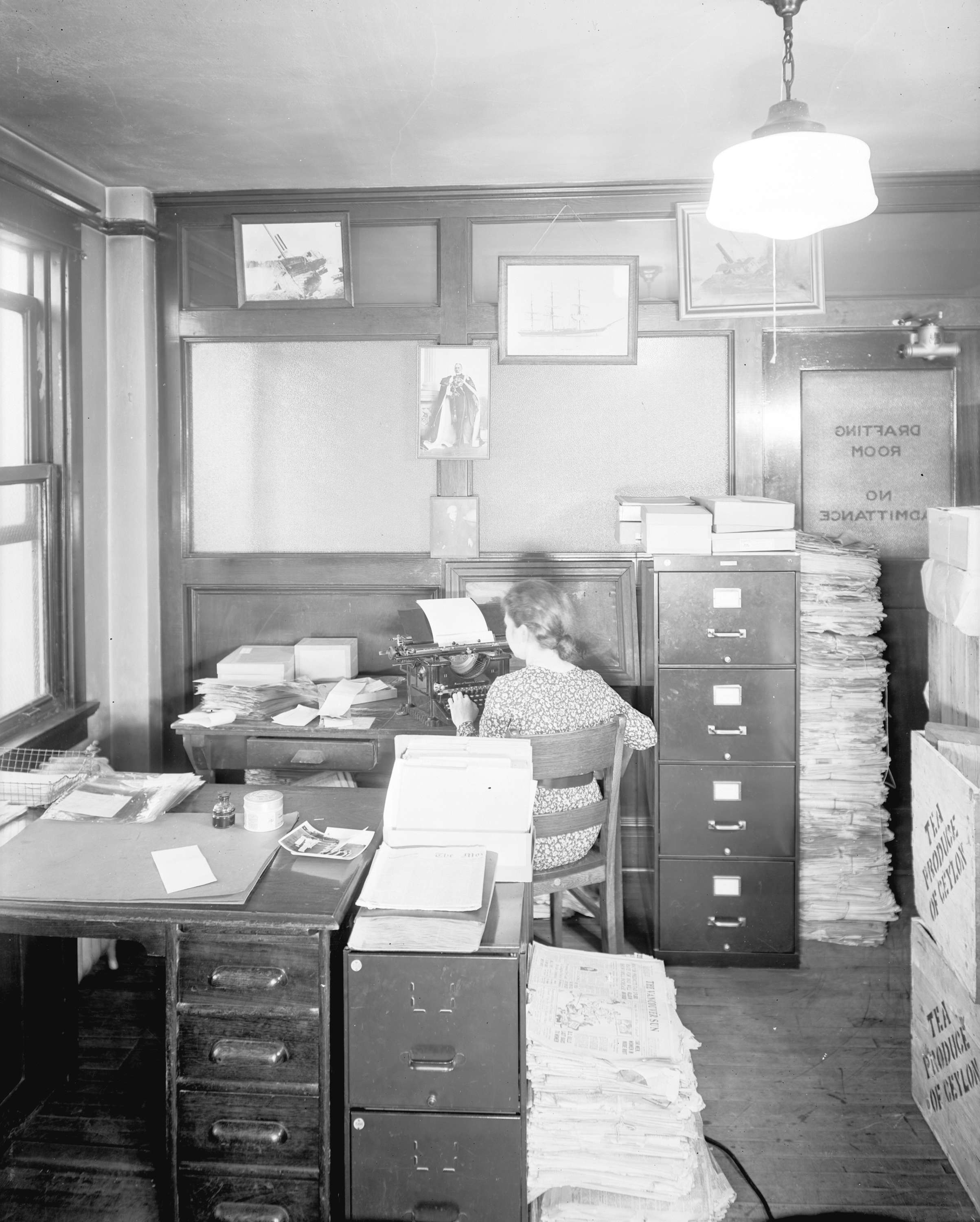 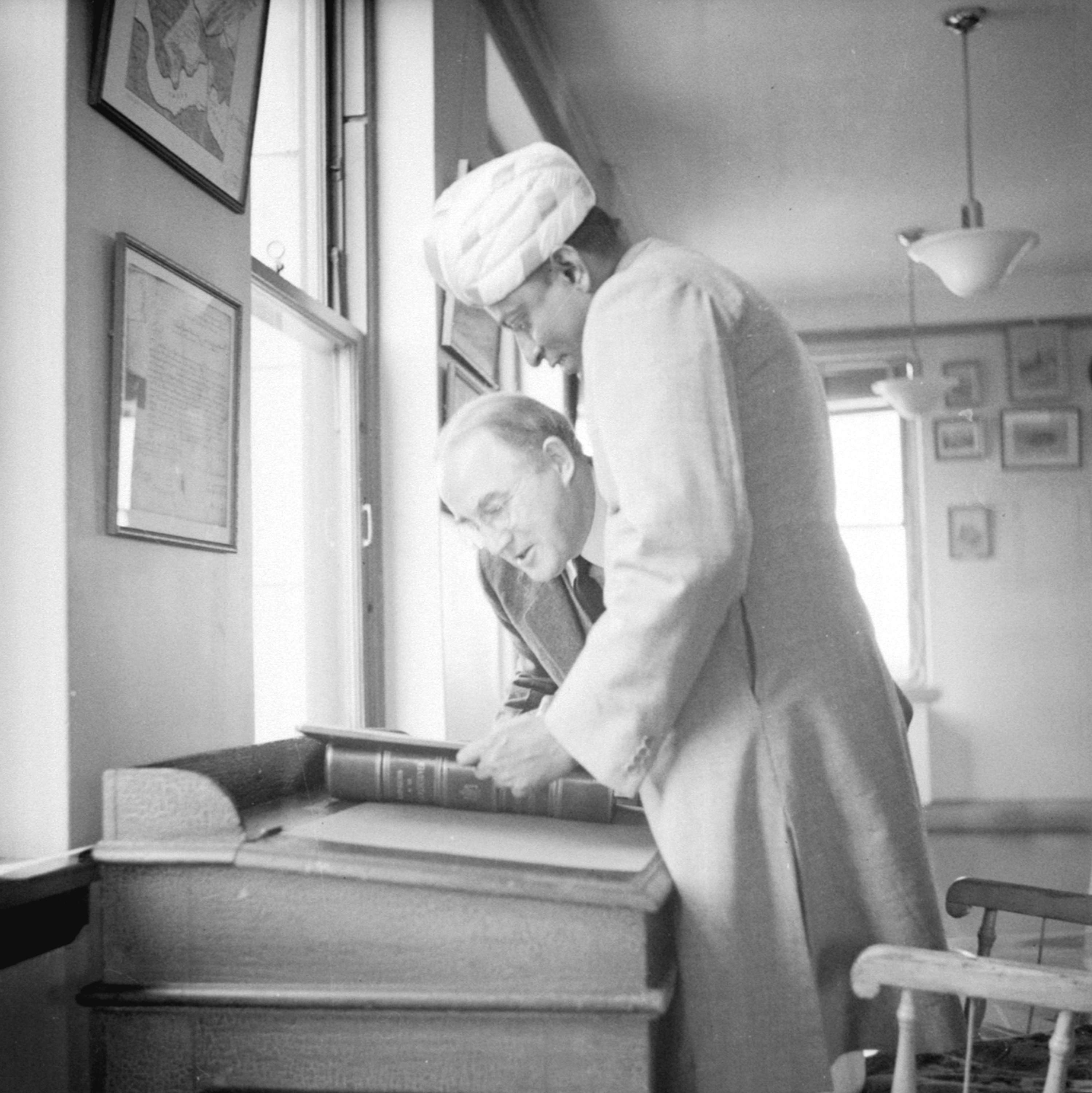 The third, was in 1959 to the Main Library at 750 Burrard Street, despite Matthews’ desire to be close to City Hall. He viewed the move as a five-year temporary solution, but was still there in the late 1960s, continuing to argue with Council over his priorities and the Archives budget right up until his death in 1970. 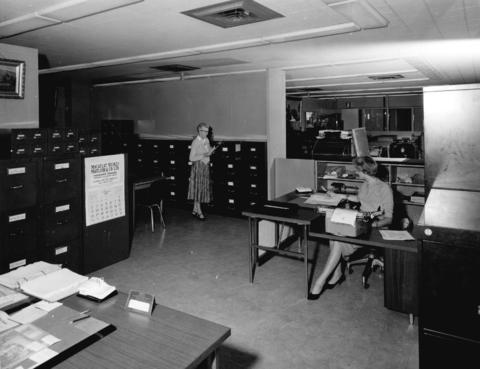 During this period of frequent moves Matthews was also embroiled in a controversy with the City over ownership of the materials, at one point even relocating the holdings back to his home in protest. 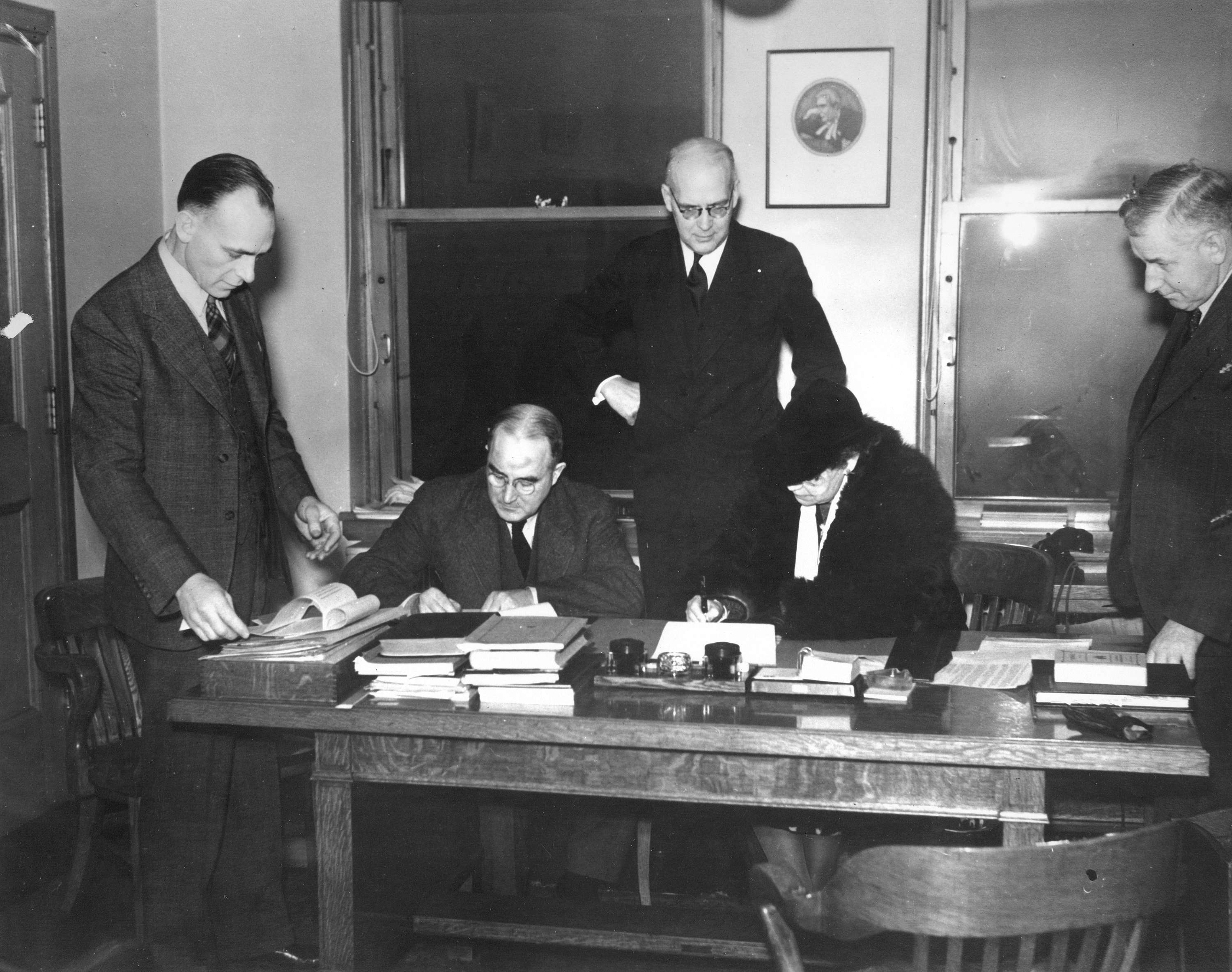 Major and Mrs. J.S. Matthews sign documents to appoint responsibility for the Archives’ holdings to a board of trustees, 1938. Reference Code: AM54-S4-: Port P352.3

In 1939, he reluctantly signed an agreement that turned the authority to manage the collection over to a board of trustees, with one caveat, that the City Archivist have the final say in the disposal of any item in the collection. His wife Emily, his trusted advisor for almost 30 years, signed with him. 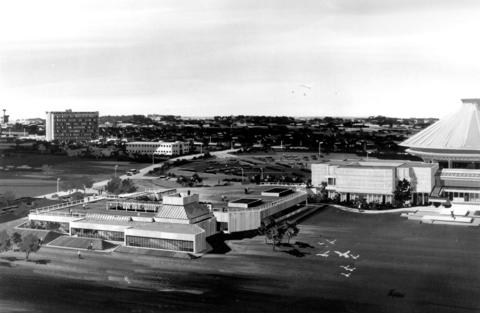 Photographic reproduction of an architectural rendering depicting the City of Vancouver Archives and the Museum of Vancouver in Vanier Park, ca. 1974. Reference Code: AM1376-: CVA 88-1

Ever the outspoken advocate for a permanent, dedicated space for the Archives, Major Matthews did not live to see the completion of our current facility, which opened to coincide with the provincial centenary in 1972. Designed by McCarter and Nairn, and named in Matthews’ honour, the Major Matthews Building was the first municipal archives repository in Canada to be built for the sole purpose of housing a city’s archives, a fitting legacy for a man so dedicated to preserving the documentary heritage of our city.

[Editor’s note: This post, the first in a series recounting the accomplishments of our City Archivists, was written by Megan Schlase and originally appeared in Archives Newsletter Number 3: October 2006]

Written by: Megan Schlase
This entry was posted in People and tagged Facilities, Major Matthews. Bookmark the permalink.