Happy Holidays and all that from the Archives! Also, a reminder that the Archives will be closed from noon on December 24, 2019, until 9am on January 2, 2020, for the holiday season.

This year’s season’s greeting comes from the Jack Boothe fonds. We thought Jack Boothe’s fun holiday card wishing the recipient “Greetings from the moon” was an appropriate card to pay homage to the moon landing of 50 years ago. Although the exact year this card was drawn for is unclear, we can surmise from some of its clues that it was for a Christmas sometime between 1969, when the Jack and his second wife Aileen (née Brownrigg) moved to West Vancouver (note the Duchess Avenue address), and 1972, the last Christmas before Boothe’s death, which occurred in August 1973.

END_OF_DOCUMENT_TOKEN_TO_BE_REPLACED

A delightful Season’s Greetings card depicting a woman in a poinsettia dress holding a wreath with a man in a black top coat. Reference code: AM968–

This year’s season’s greetings card comes from the Lorne Brown fonds. Lorne Ellis Brown (1908-1976) was a teacher in the Vancouver public school system when this card was sent to him in 1930 or 1931. Later in his career, he became the Provincial Superintendent of Physical Education in the Department of Education (1944-1946), the Director of Health and Physical Education at the Provincial Normal School (1946-1955), and Associate Professor in the Faculty of Education at the University of British Columbia (1955-1973), and Vancouver Park Board Commissioner (1967-1968). END_OF_DOCUMENT_TOKEN_TO_BE_REPLACED

The Archives will be closed from noon December 22 to 9am Wednesday, January 2, 2018. 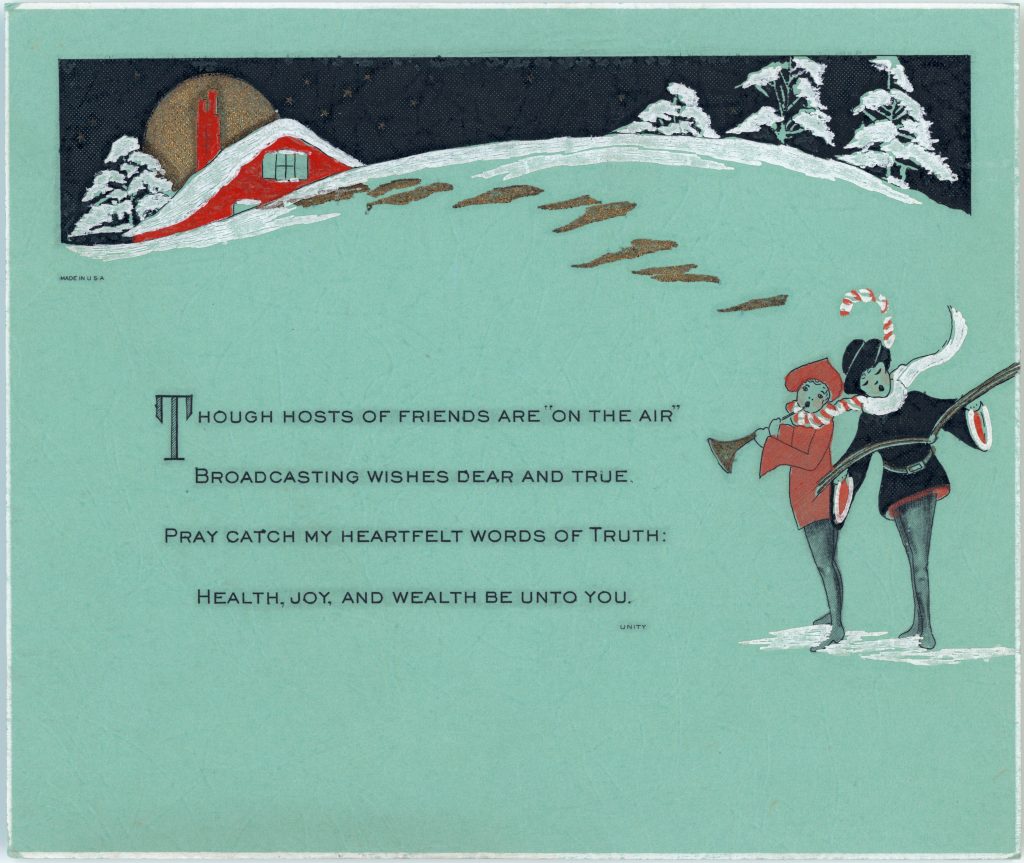 This greeting card “wishing health, joy and wealth be unto you” is from the Lorne Brown fonds. Just who the “broadcaster” was is uncertain, but the delightful colours and message ring true this time of year. 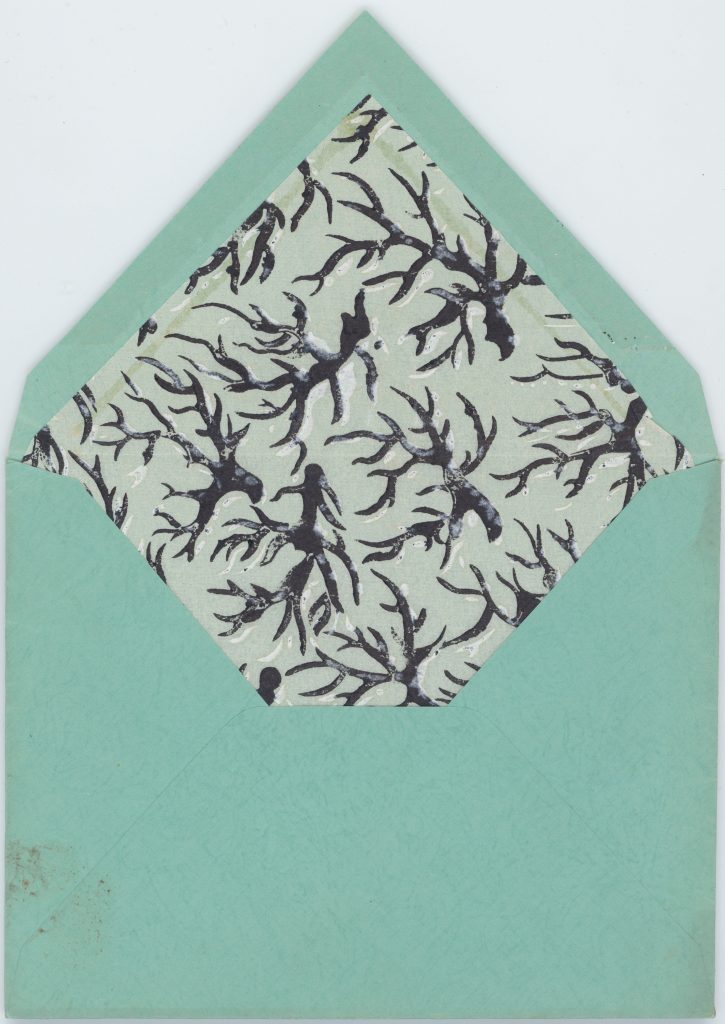 The matching textured envelope with block printing inside the flap is a wonderful added touch to this charming circa 1930 card.

With contributions by Bronwyn Smyth.

The Archives will be closed from noon December 23 to 9am Tuesday, January 3. 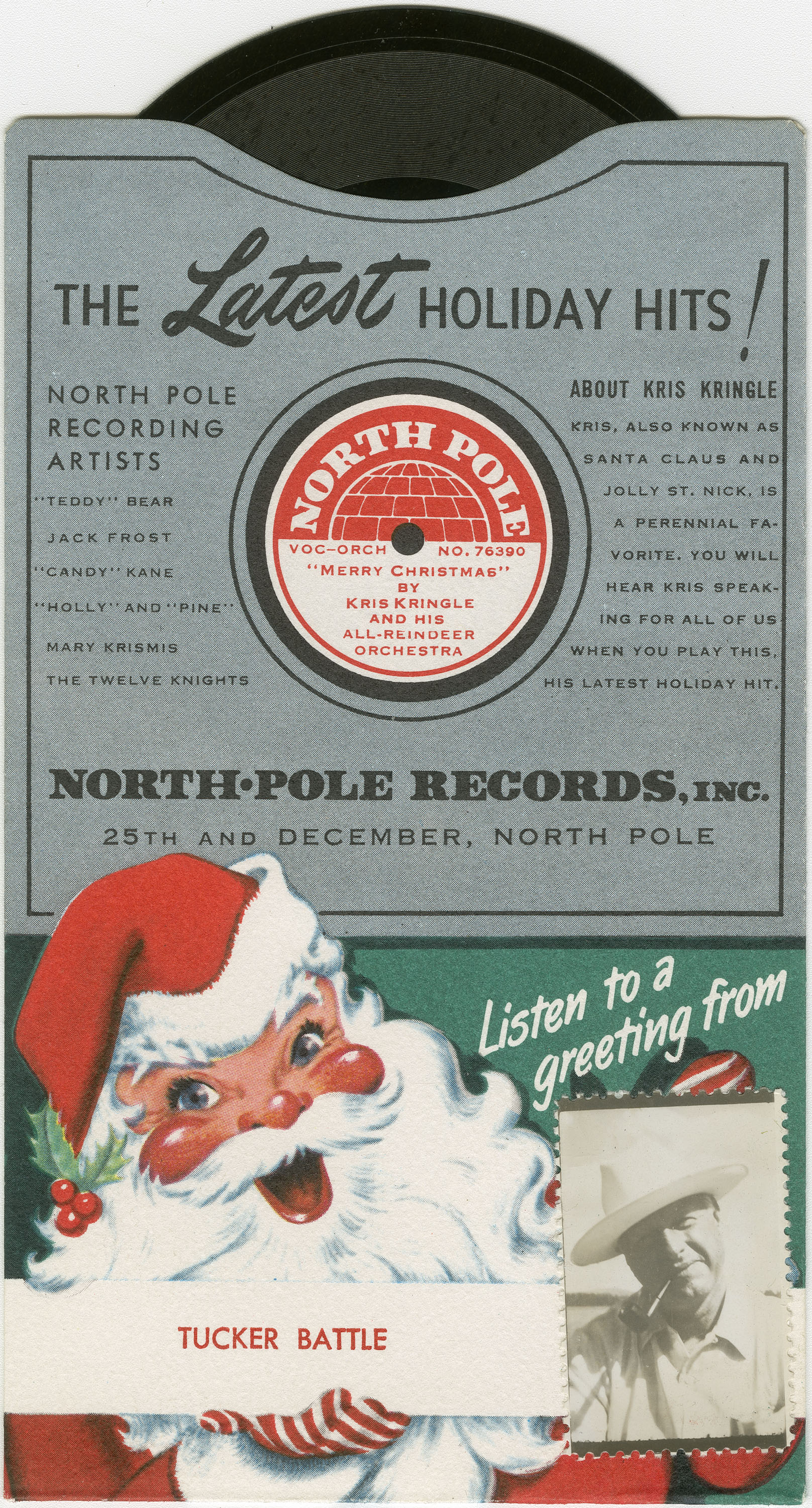 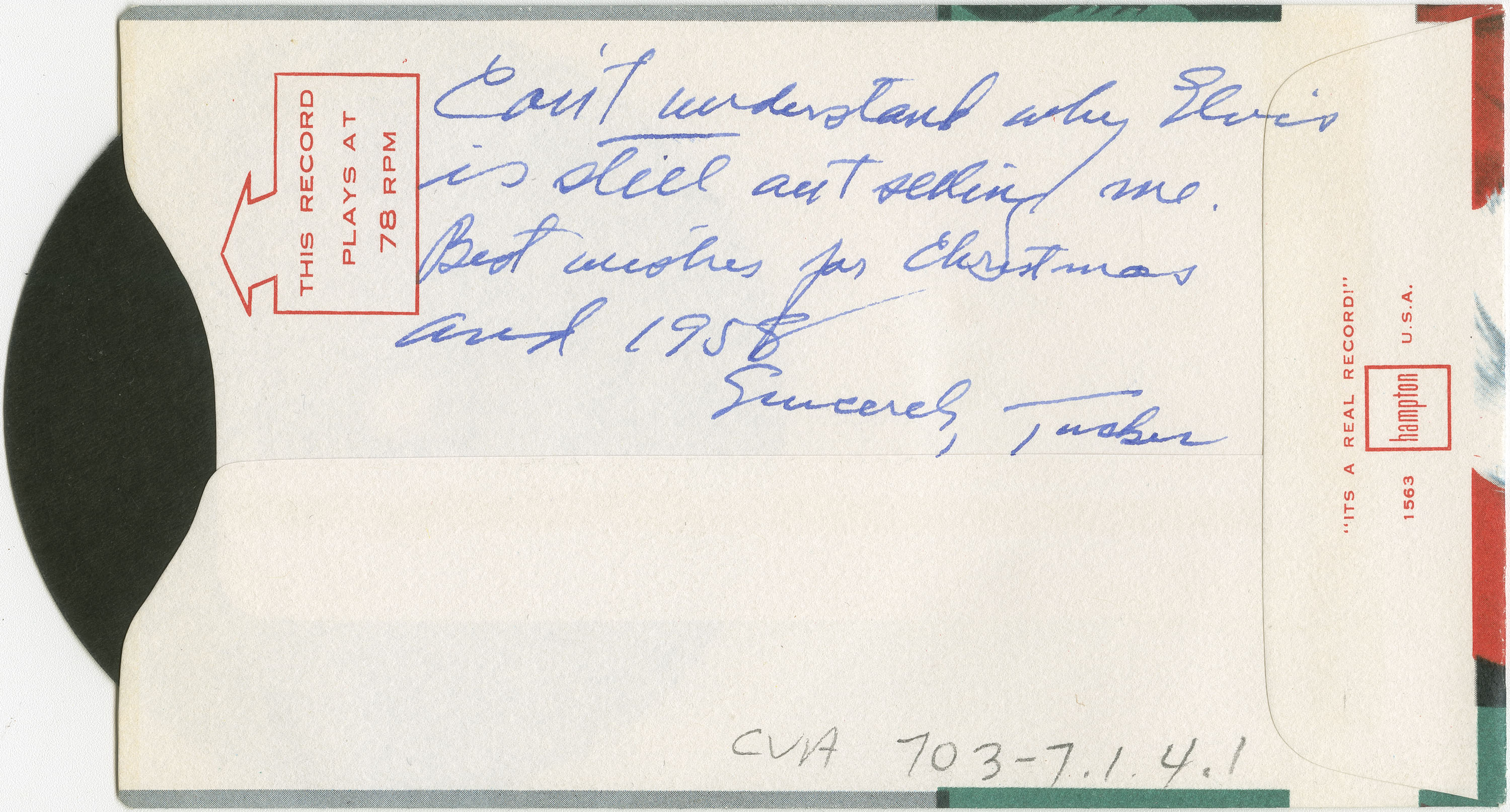 This 1957 Christmas card to the family of Eric Hamber is part of the Social series of the Hamber Family fonds. That series documents the Hamber’s friends and social activities. This card was kept because it contains an image of the sender, Tucker Battle. It also contains an audio greeting on a tiny 78rpm disc, which might one day be digitized.

The Archives will be closed from noon December 24 to 9am Monday, January 4. 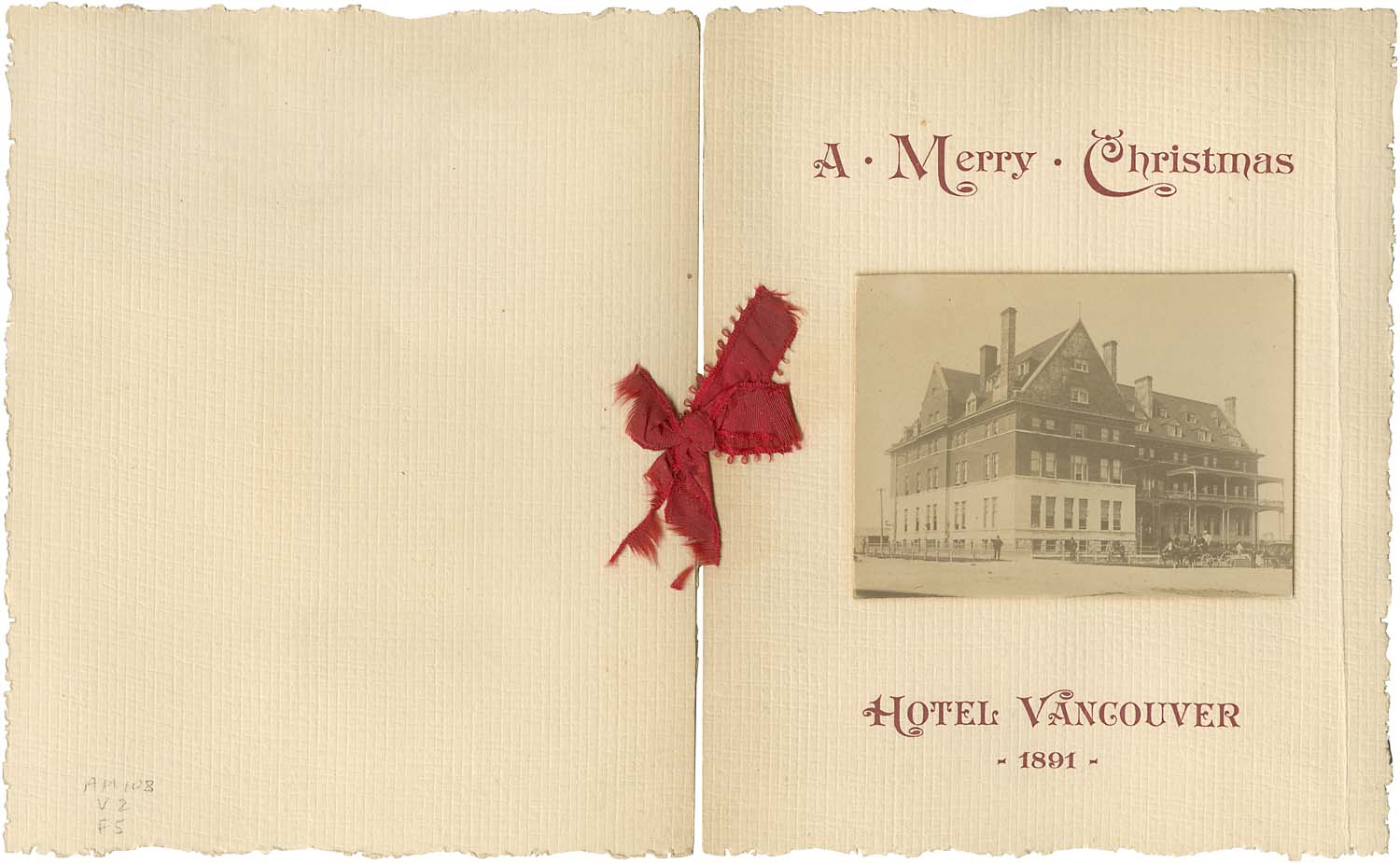 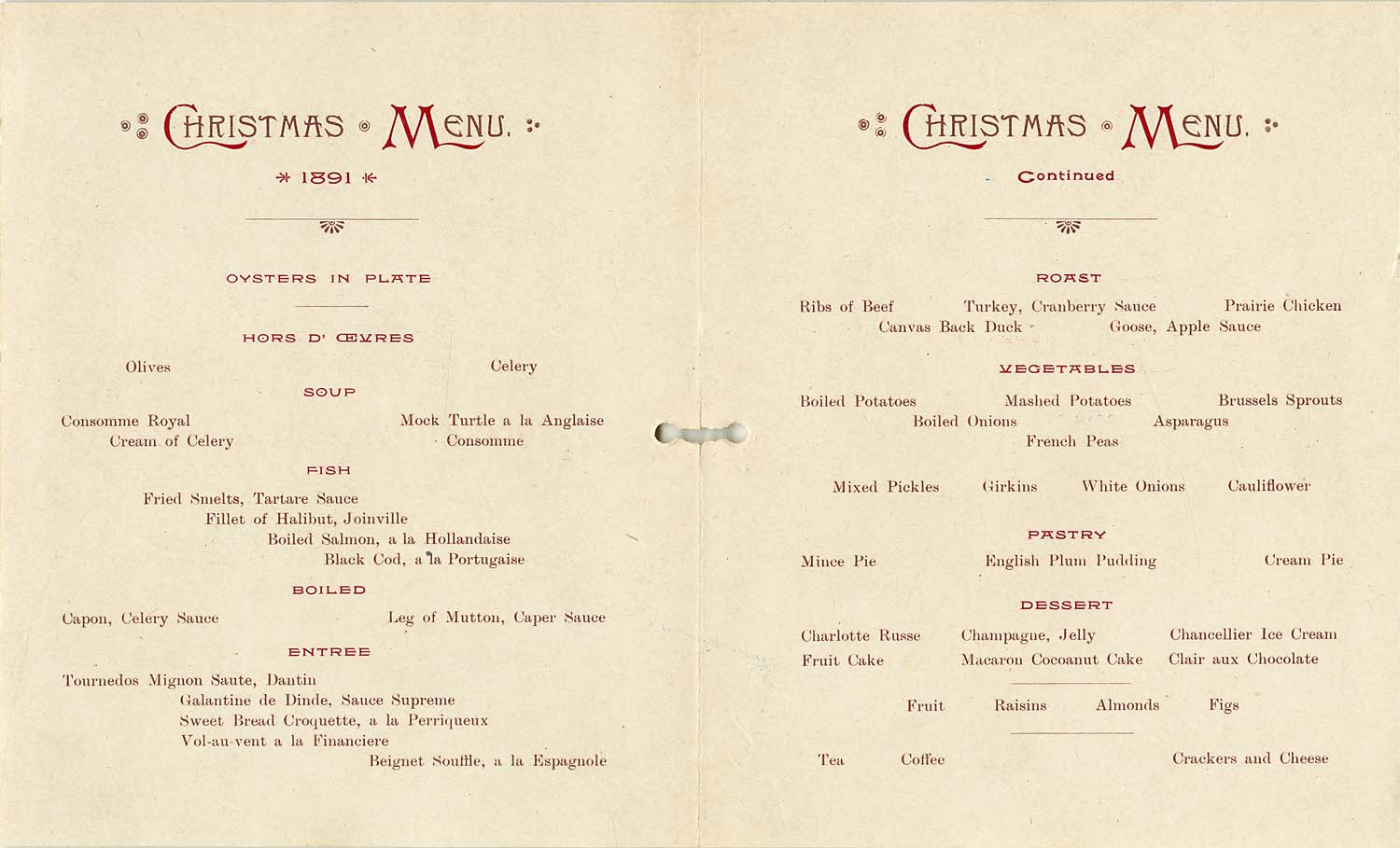 This 1891 Christmas menu from the first Hotel Vancouver (the current one is the third) is in AM108, the Oppenheimer family fonds. It is part of a file called Scrapbook: New Year’s Christmas Greetings.

The Archives will be closed from noon December 24 to 9am Monday, January 5. 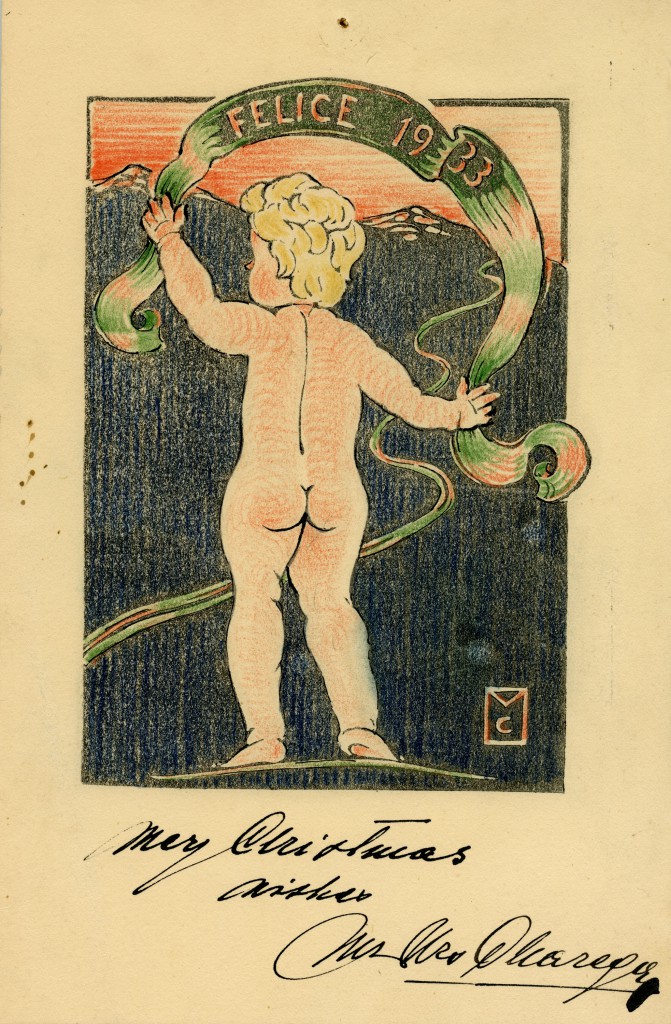 Card from Charles Marega fonds, AM1416.

This Christmas card was created by the sculptor Charles Marega, who created many sculptures and memorials in Vancouver including the lions at the Lions Gate Bridge. The card is part of a file called “sketches and drawings” in the Charles Marega fonds.