We are pleased to announce that we have added another large set of VANOC photographs to our online database, this time from the Paralympic Torch Relay (PTR). VANOC photographers captured over 12,000 images of the PTR, and this series is the “selected photographs” – i.e., the few images chosen by VANOC, from the thousands taken, for its own promotional uses or distribution to its partners and sponsors. 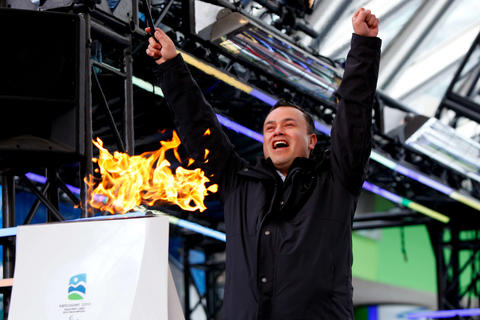 Executive Director and CEO of the Four Host First Nations Tewanee Joseph lights the Paralympic cauldron for the first time in Vancouver, BC. Reference code: AM1550-S10-F60-:

The PTR visited twelve communities over ten days between March 3-12, 2010: 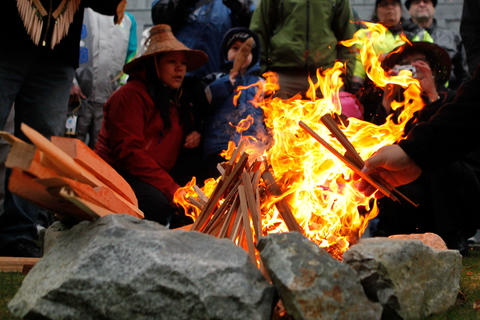 Each day had a similar structure, beginning with a flame creation ceremony conducted by members from the First Nation territory that the relay was being conducted on that day. The relay was held in conjunction with a community celebration event featuring local entertainers and speakers. Most relays had between fifteen and fifty torchbearers. The final relay was a 24 hour event held in Vancouver that involved 292 torchbearers. 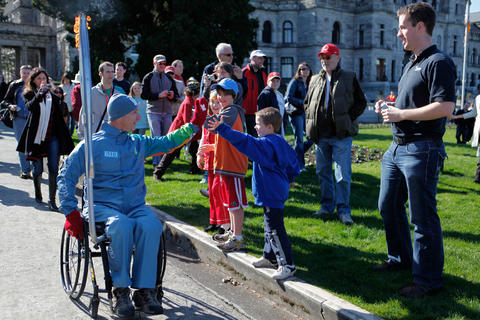 Torchbearer Rick Hansen high fives the crowd he passes with the flame in Victoria, BC. Reference code: AM1550-S10-F14-:

The presentation of this series is somewhat different from the two other torch relay series we made available in the past year. The directory structure for the source files provided by VANOC was not organized as consistently as those for the Olympic Torch Relay (OTR). Fortunately, image files were only present in the bottommost folders in the directory tree, so we were able to flatten the overall structure and name the files (in the archival, not IT, sense) based on the folder titles present in the directory structure. As was the case with the OTR images, many images were accompanied by descriptive metadata embedded in the digital file that we were able to extract and use as the titles. Unlike the two OTR series, there is some duplication of images across the series. The duplicate images were kept; some may have different titles, depending on the descriptive metadata present in the source file. 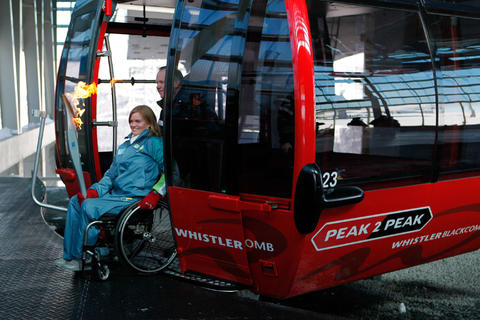 Processing the OTR and PTR photographs has been a useful exercise for us, helping us to better refine our workflows for processing born-digital material. Among the reasons that these records were identified for processing was that the files were relatively homogeneous in terms of size and file format, and that the organization of them was relatively straightforward. Moving forward, we will apply the lessons learned from this project to making more diverse and problematic sets of records from VANOC and other born-digital holdings available in the coming months.

In the meantime, please enjoy this latest release; here are some of our favourites: 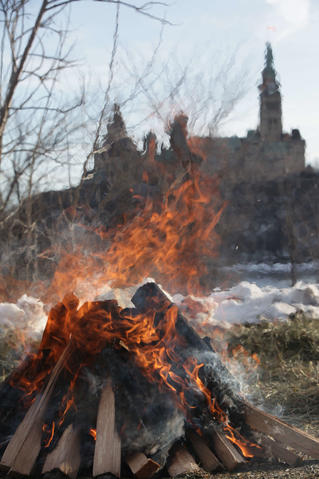 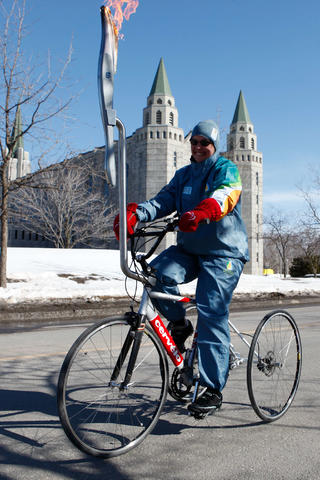 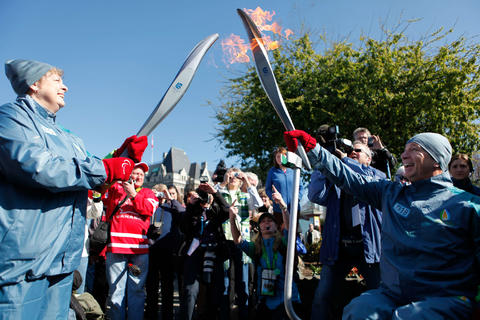 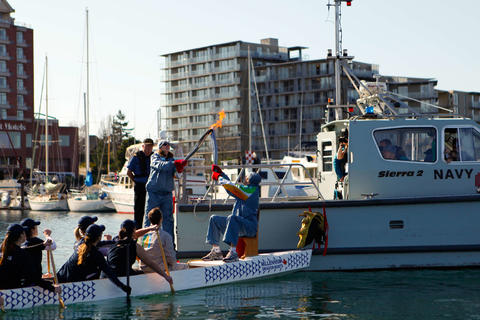 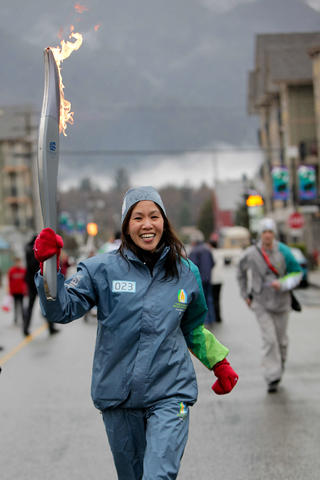 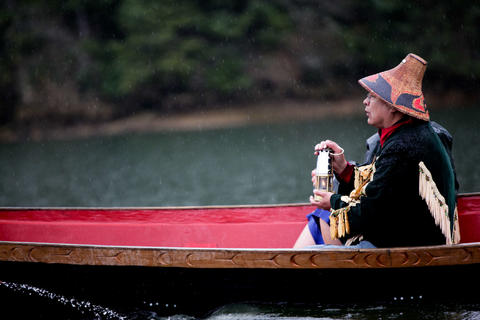 Skwxwú7mesh man carries the lantern in a canoe in Squamish. Reference code: AM1550-S10-F24-: 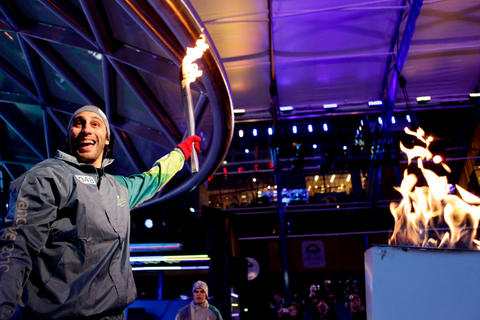 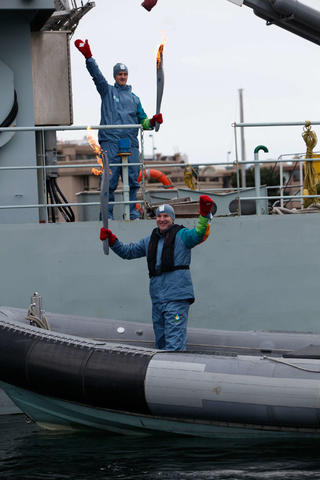